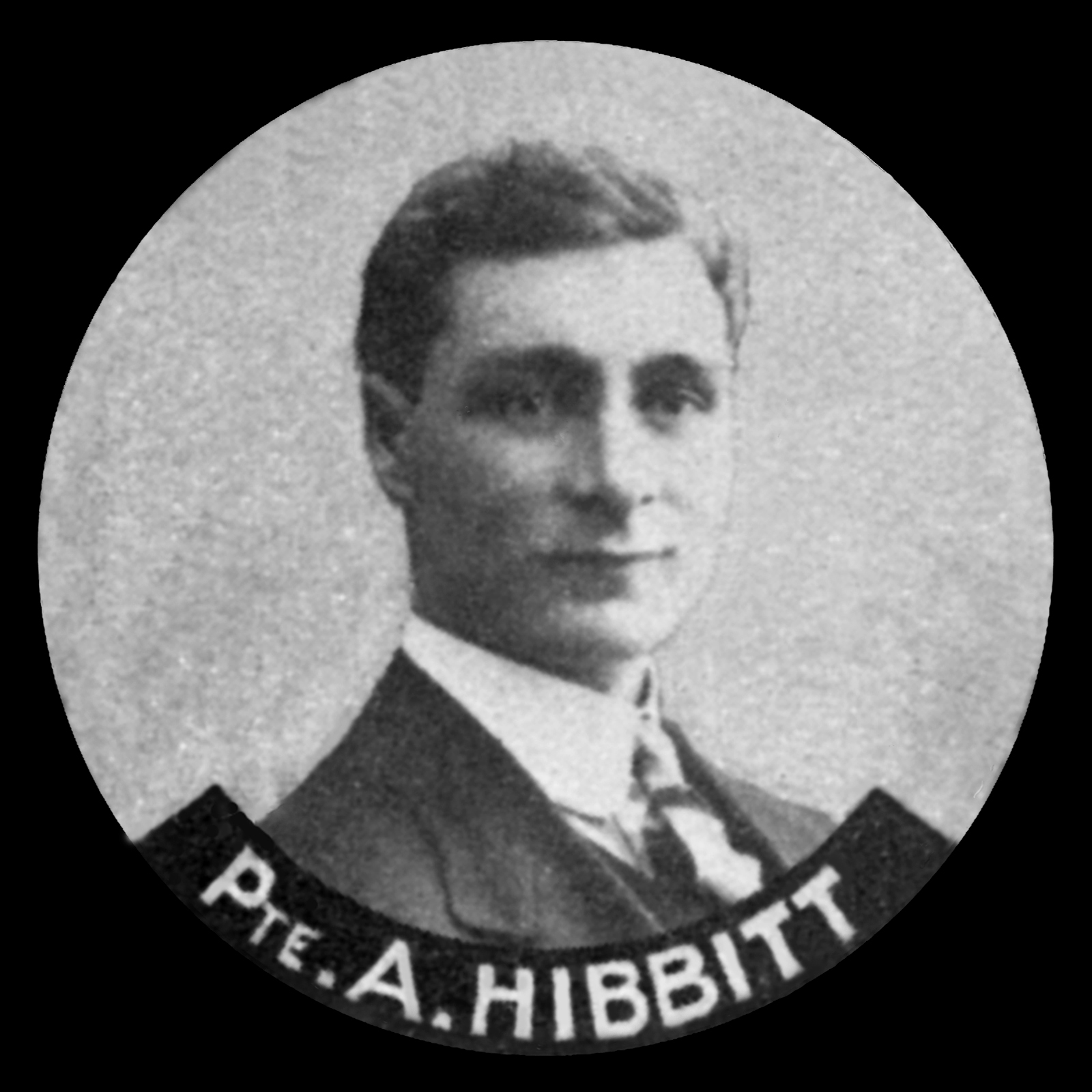 Alfred Hibbitt, known as Bert, was born in Hambleton on 7 February 1896, one of ten children of Alfred and Eliza Hibbitt. The family originally came from Exton and were related to Joseph Bryan who also died in the First World War. Bert was a railway porter before joining the 6th Battalion King's Own Yorkshire Light Infantry on 2 February 1916, five days before his twentieth birthday. He was sent out to France in July just as the Battle of the Somme was beginning. Alfred was killed in a night attack on Delville Wood on 15 September 1916, the same day six other men from Rutland also died. The battalion war diary records: "Y and Z Companies with Battalion HQ left to take up our positions allotted to us. We advanced in single file round the eastern edge of Delville Wood. On coming to the ridge NW of the wood we ran into the enemy's barrage which inflicted a few casualties. The ground all the way was being searched by the enemy's artillery. Our progress was very slow as we were continually delayed by other regiments in front." It is assumed this is when Alfred died. He is buried in Delville Wood Cemetery in grave XIV.C.4. Alfred is also remembered on the war memorial in Hambleton, as well as on his parents' grave in Hambleton churchyard. The headstone is to the right hand side of the church and directly faces the cottage his family lived in until 1945. Now called Wasthatched, the property has been greatly extended and modernised.

We are grateful to Caroline Hale for giving us more details about her great-great uncle.