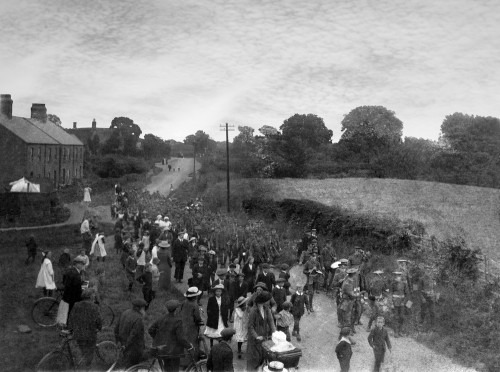 On Thursday 6 August 1914 Rutland’s Territorials began their long journey to war. Some were never to return, others came home to Rutland injured. Probably none returned without being changed by the sights they saw, the conditions in the trenches the faced and the losses they endured. The men who left Oakham at 1.30pm on that afternoon marched to Melton, where they stayed overnight before continuing on to Loughborough. At Langham, a photo of the men was taken from the upstairs window of a cottage on the corner of Well Street and Melton Road. It forever marks that moment, with people rushing over to wish them well. We publish it here with credit to Langham History Society and the Nourish family archive. 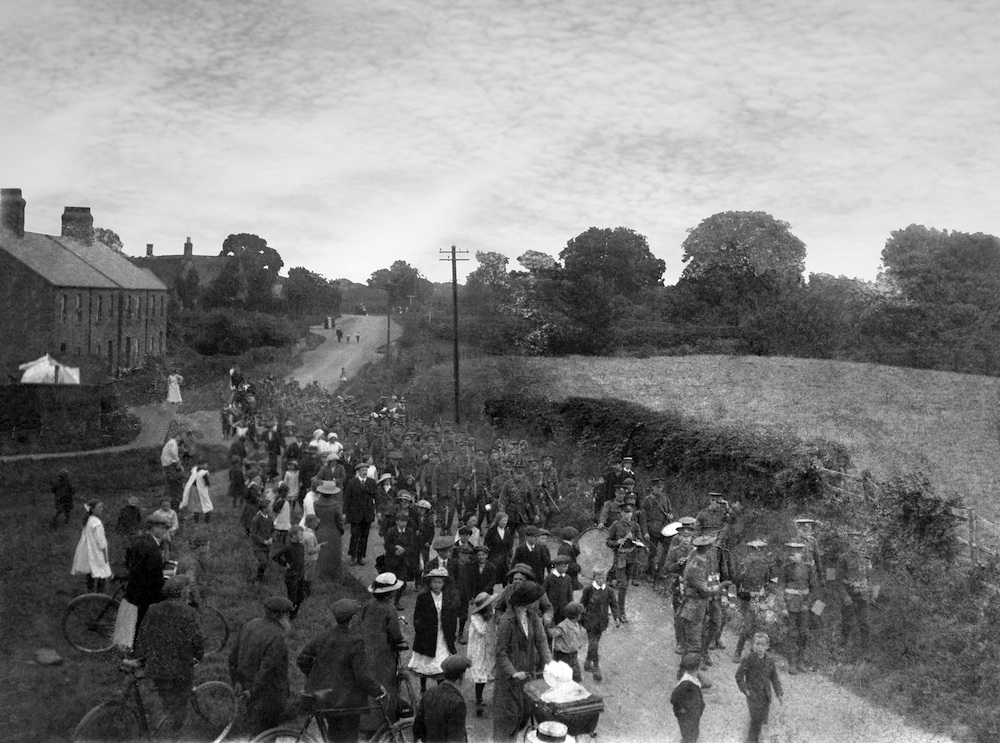 Today, 2 August 2014 Rutland cadets and soldiers from the Royal Yeomanry, the successor regiment to the Leicestershire Yeomanry, were joined by others to recreate that march, from Oakham to Langham. In the pouring rain we set off retracing the exact route, from Oakham, over the level crossing, through Barleythorpe and into Langham. Again the people of Langham came out to cheer us on and greet us at the same spot that photo was taken a hundred years ago. 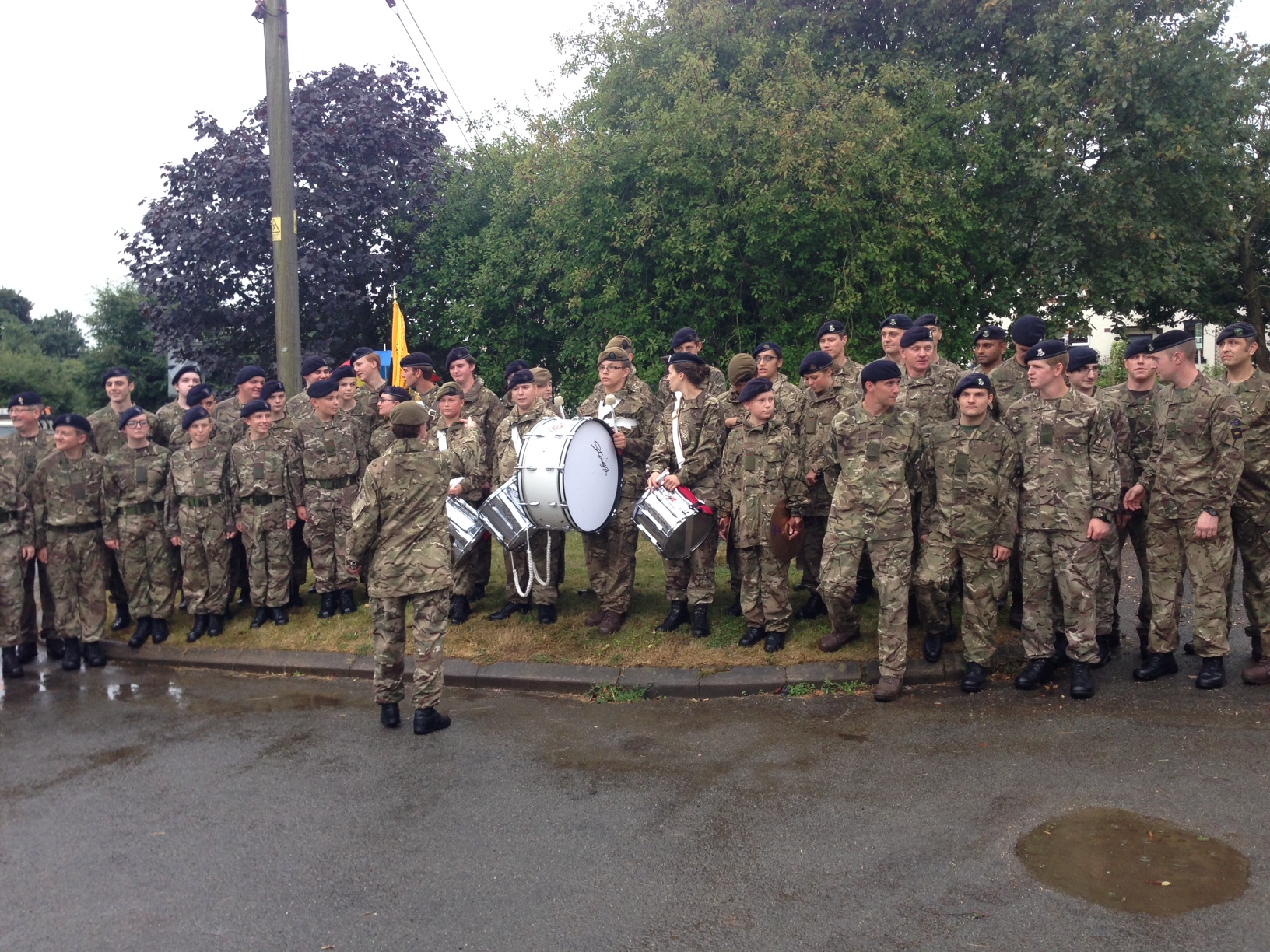 The cadet band played throughout en route, as roads were closed to allow us to march. A steady stream of traffic built up behind us as we trudged on through the rain, but with no complaints or impatience. As I marched the final section I thought about those soldiers leaving almost exactly 100 years ago. What were they thinking as they began their long journey? Did they have any sense that the war they were going to fight was going to shape modern Europe and the world forever?