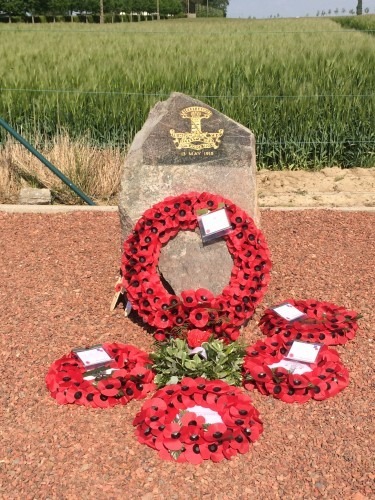 A new memorial has been unveiled in Flanders where men of the Leicestershire Yeomanry helped stem a determined German attack which threatened the strategic town of Ypres. The Battle of Frezenberg Ridge in May 1915 was fought by units of dismounted cavalry. In a desperate struggle lasting 14 hours, the British lines creaked – but held. Ypres was saved, but at terrible cost. Among the dead was the Yeomanry’s Commanding Officer, Lieutenant Colonel Percy Evans-Freke, from Bisbrooke, whose great-grandson Colonel Robert Boyle organised the commemoration.

Colonel Boyle, and other descendants of the men who fought that day, gathered at a spot a hundred yards from what was regimental headquarters to unveil the stone at a point where the fighting was fiercest. It is thought to be the only memorial to a Yeomanry unit anywhere in the Ypres salient. Colonel Boyle said: “I hope in some small way the regiment has some form of appropriate recognition for what it achieved against all the odds.”