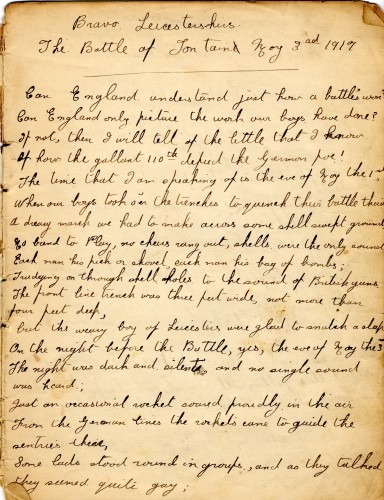 The Battle of Fontaine

Six Rutland soldiers were killed fighting around Arras on 3 May 1917, with the men from the Leicestershire Regiment in the area of Fontaine Wood. Two injured soldiers subsequently ended up lying in neighbouring beds in hospital in Rouen. One of them was Private C Callan who was with the 9th Battalion, Leicestershire Regiment. He wrote a poem about the battle and gave it to Frederick Cockerill from Wing. Frederick kept it and brought it home and it was passed down from generation to generation. 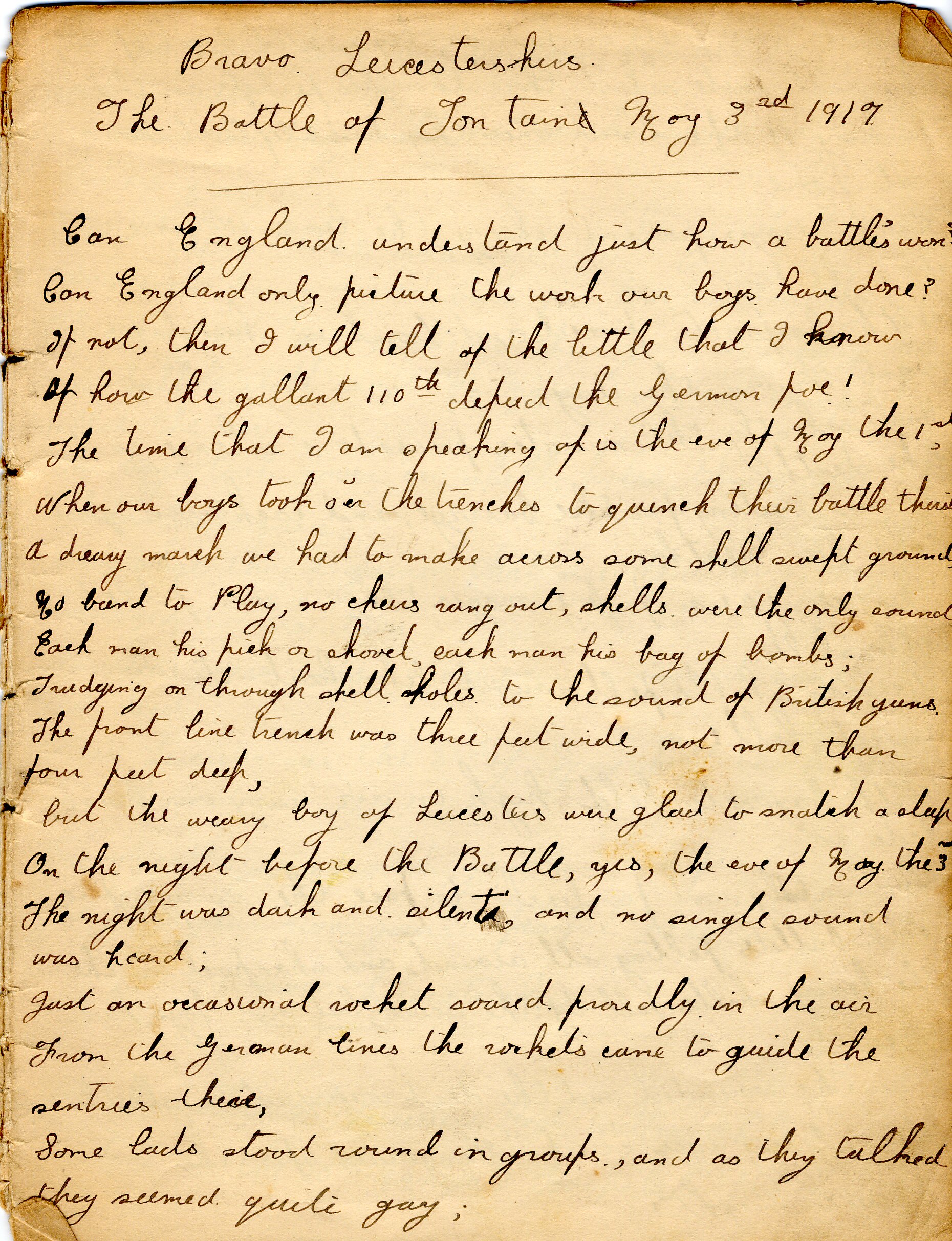 The poem starts: “Can England understand just how a battle’s won; Can England only picture the work our boys have done; If not, then I will tell of the little that I have known; Of how the gallant 110th defied the German foe.”  It goes on later to describe the moments as the fighting began: “How silently the minutes past – a silence just like death; We were waiting for the barrage, and each man held his breath; They’re off! As if by magic the air was filled with shell; German shells fell round like hail – it was the perfect hell.  With bayonets held high in the air, away our brave lads go; Undaunted and fearlessly to face the savage foe.” 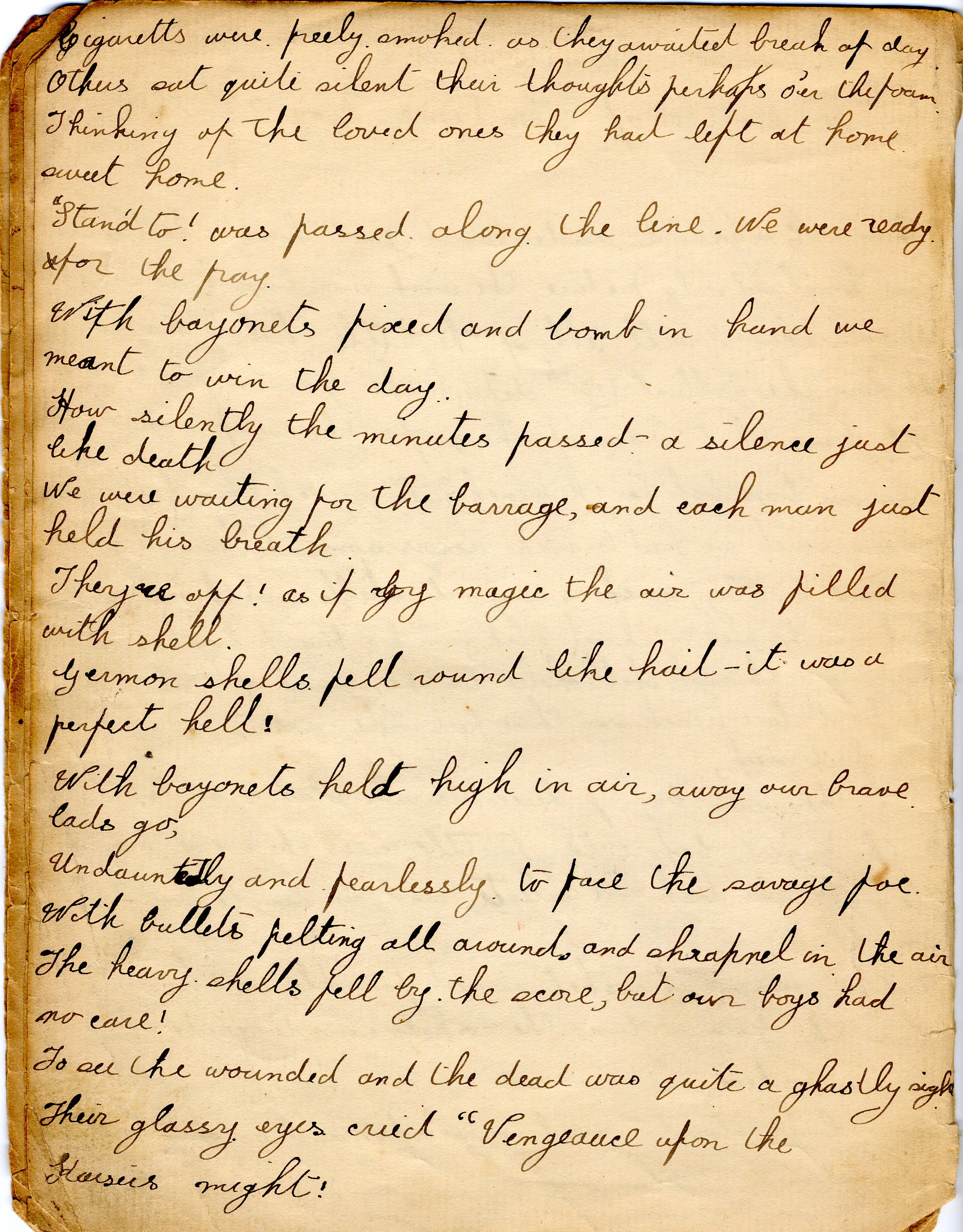