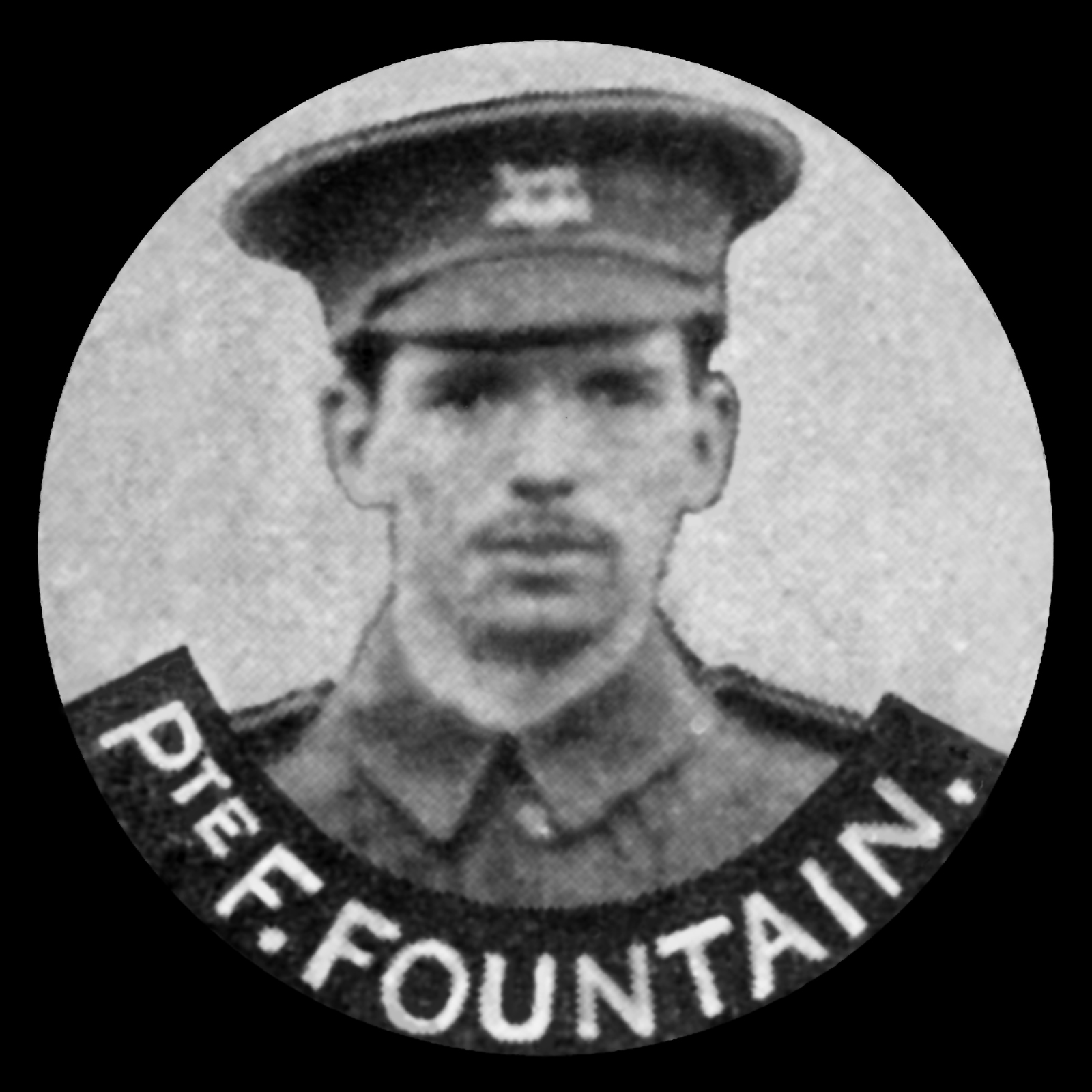 Frank Fountain of Cottesmore, the son of Richard and Louisa Fountain, was a member of the 1st Battalion Rutland Volunteer Regiment, effectively a Home Guard unit, while working as head horseman at Cottesmore Ironstone Mines. Aged 28, he had been medically examined and classified A (fit for general service) on 31 March 1917 and was expecting to be called up for the army. But he suffered a severe epileptic fit and died on 15 May 1918. The night before he died he had been drilling with his Company. Frank left a wife and two children. He is buried in the churchyard, plot E124, immediately behind the war memorial although his headstone is very hard to read. In Rutland and the Great War, George Phillips says Frank died on 18 March 1918, but his burial record shows he died on 15 May.