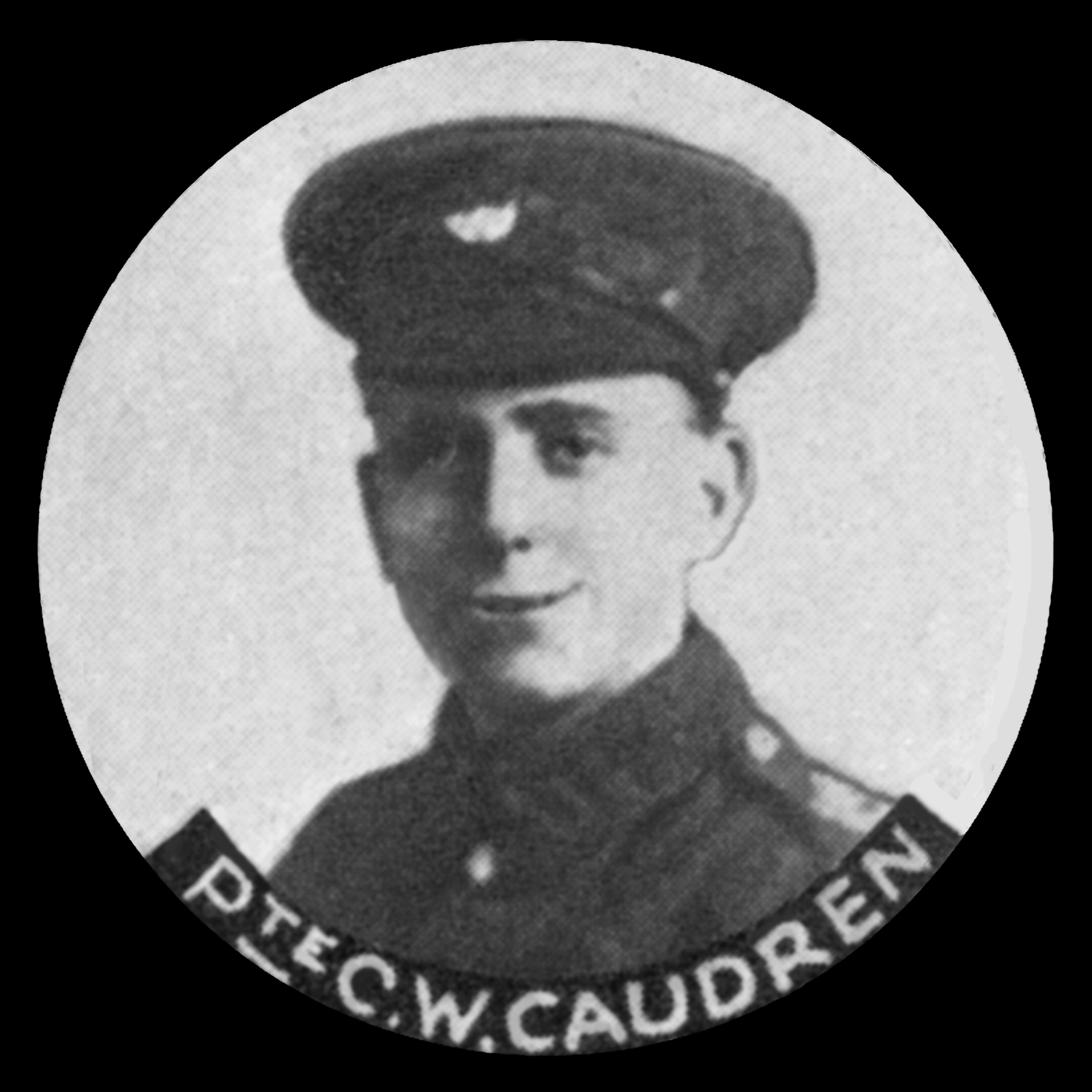 Private Charles William Caudren, son of John and Emily Caudren of Ridlington, was born on 30 April 1899, at Somerby, Leicestershire and worked as a groom. He attested at Oakham in December 1916, and was called up on 1 June 1917, just after he turned 18. He was attached to the 12th Training Reserve Battalion at Brockton Camp, Staffordshire, and had only been there a month when he underwent an operation for appendicitis at Rugeley New Military Hospital. After recovering he was transferred to the King's Own Yorkshire Light Infantry, and subsequently trained at Southend-on-Sea and Aldershot. He went out to the Western Front on 2 April 1918, but was admitted to hospital the following day suffering from measles. He spent five weeks convalescing at Trouville and then started out to rejoin his company. This, he wrote home, being a 'bon' job, wandering about the country for the benefit of his health. His battalion took part in the Second Battle of the Marne which astarted on 15 July 1918, when they 'made old Jerry hop.' Afterwards his battalion rested in a wood during the first part of August 1918 and his last letter was written on the 23 August. Charles was reported killed in action four days later on 27 August 1918. The battalion war diary for the following day records: "The Battalion moved back to a railway cutting east of Courcelles. Total casualties 11 Officers and 199 Other Ranks." Charles is buried at HAC Cemetery (named after the Honourable Artillery Company), Ecoust-St-Mein in France, grave IV.G.20, and is remembered on Ridlington's war memorial. Another Rutland soldier who served in the same regiment as Charles and died in the same action, Arthur Clark of Barrowden, is also buried at HAC Cemetery, in the next row.