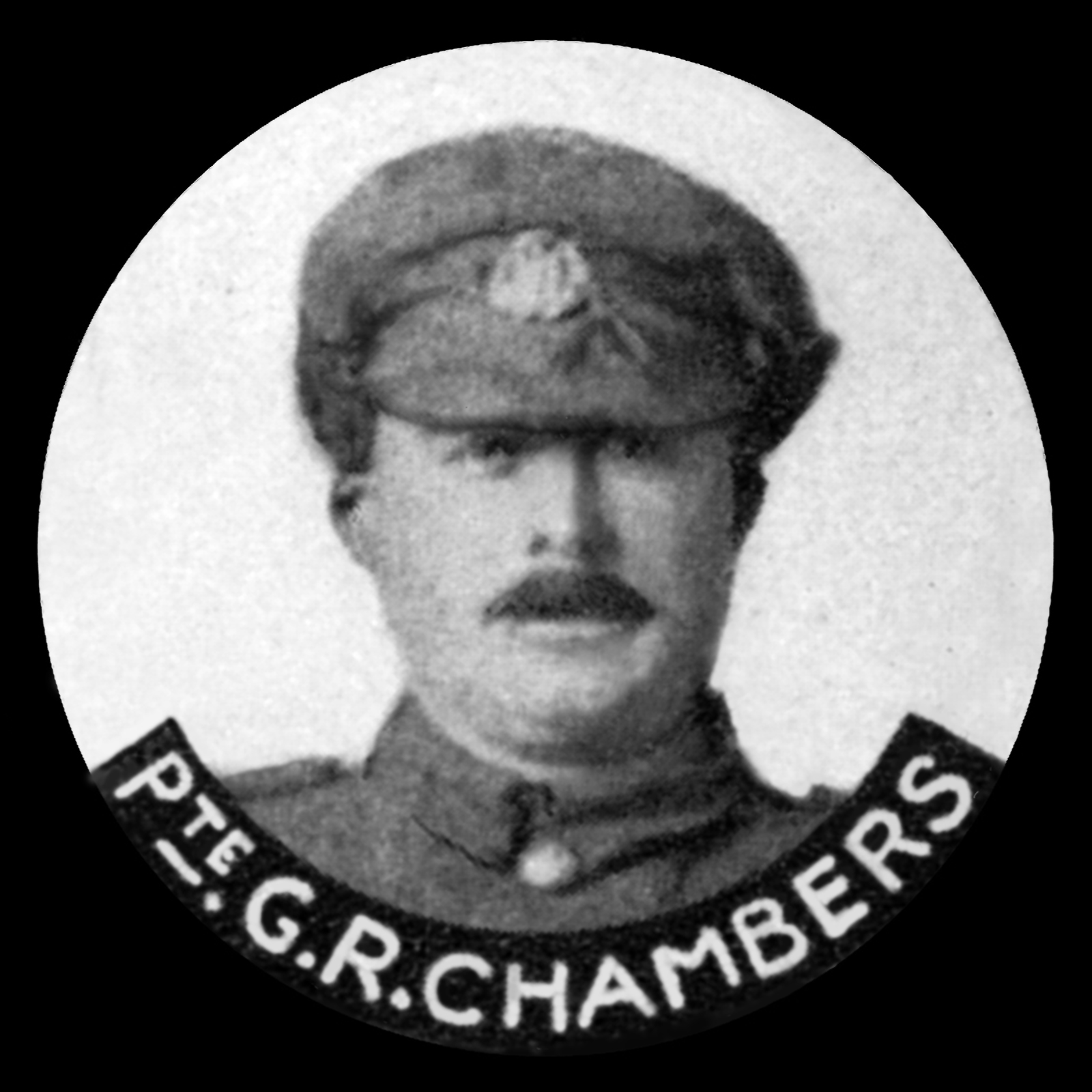 Private George Robert Chambers, who died of 'flu just over a week after the end of the First World War, is buried in the churchyard at Caldecott beside his youngest daughter, Nellie. You can spot his grave with a distinctive Commonwealth War Graves headstone on the front row as you drive through the village. He was the younger brother of Frederick Chambers who also died in the war. George joined the army in February 1915 and went to France in September with the Northamptonshire Regiment. On Sunday, 26 September 1915, shortly after arriving on the Western Front, he was wounded in the Battle of Loos. George Phillips wrote: "The 73rd Brigade, of which the 7th Battalion, Northants Regiment was a unit, was thrust into one of the very hottest corners of a desperate fight. They were constantly attacked, but were suffering more from cold, hunger and exhaustion than from the Germans, but held the trenches against the enemy." On recovering from his wounds George was transferred to the 8th Battalion Northamptonshire Regiment at Colchester, and went out to France again in February 1916, where he served until August 1917. He returned to England and transferred to the Labour Corps. He remained here until his death from pneumonia following 'flu on 30 November 1918, at the War Hospital, Duston, Northampton. He had four children who were orphaned by his death, since he was already a widower. His brother Freddie is buried in France and both Chambers' are on the war memorial in the church at Caldecott.