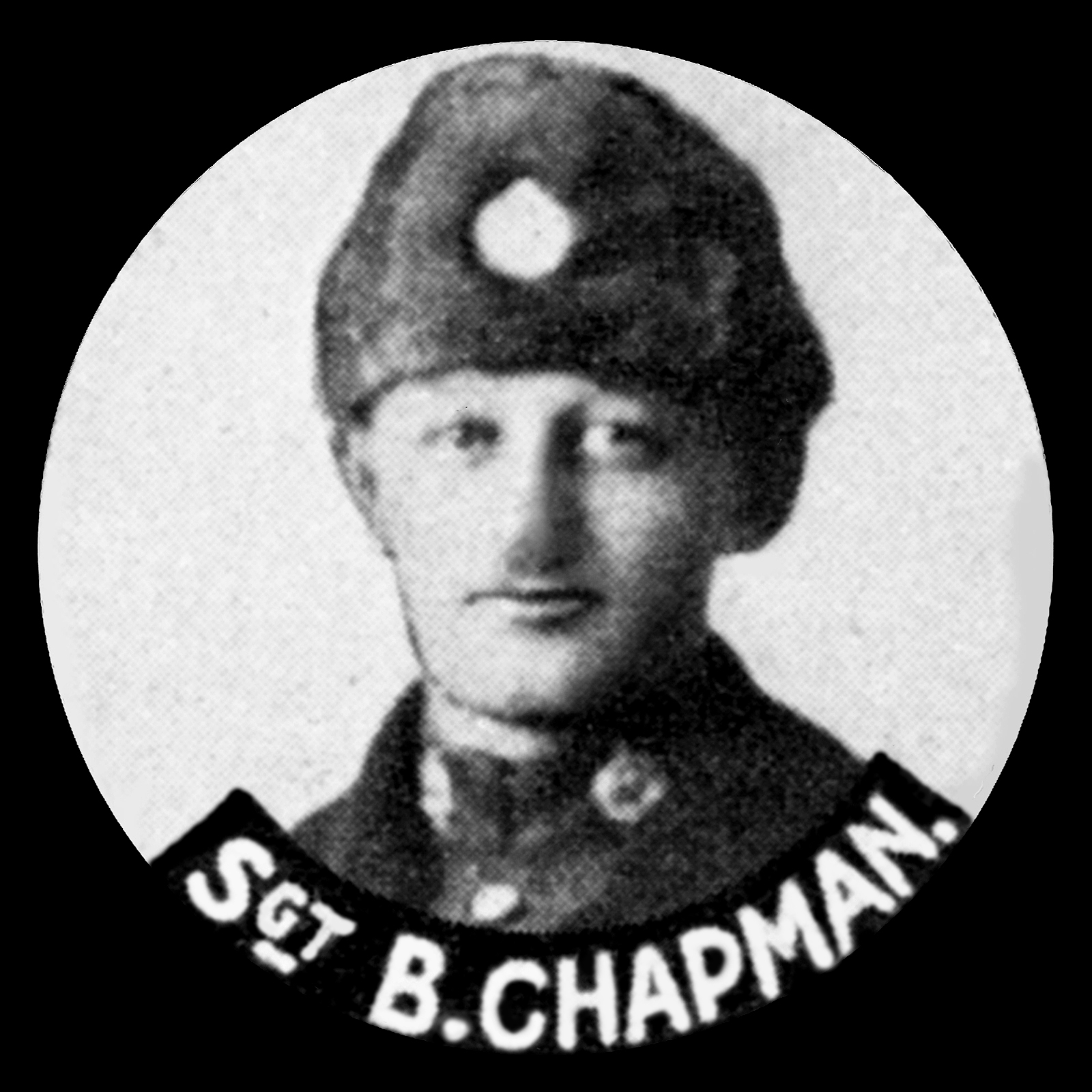 Sergeant Bertie Chapman was born in Uppingham on 23 May 1887 and died taking part in one of the last cavalry charges of the First World War. Born in Uppingham to John Chapman and his wife, he emigrated to Canada and was farming in Winnipeg when war broke out. Bertie attested to join the Canadian Expeditionary Force on 23 June 1915, describing himself as a painter. He came to England with Lord Strathcona's Horse in January 1916, the same unit in which George Moor, orginally from Essendine, served. Both men were to die on the same day, in the same battle. The Winnipeg Battalion took part in heavy fighting at the Thiepval Ridge in October 1916 during the Battle of the Somme, taking many prisoners and capturing some machine guns. In March 1918, the battalion was fighting at Moreuil Wood when Bertie was killed. He was seen riding towards the enemy when both horse and rider went down under machine-gun fire. Only four out of the company returned from the charge and therefore he was presumed killed. His body was never recovered and he is remembered on the Vimy Memorial to fallen Canadian soldiers and on the war memorial in Uppingham. The Commonwealth War Graves Commission has his age as 31. He had married Alice Buckle while on leave in August 1917. She remarried after his death and and moved to Manchester.