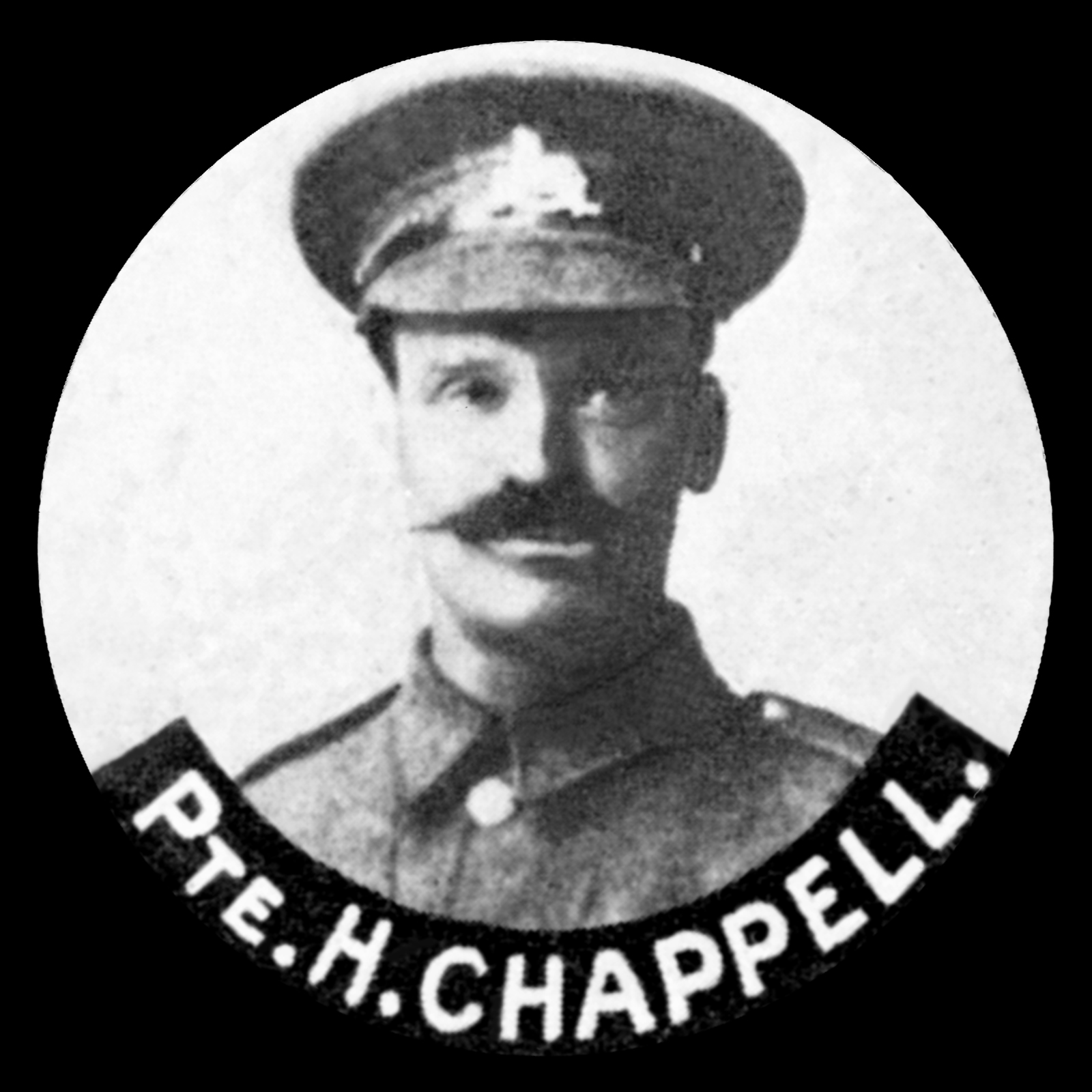 Private Herbert Chappell was born in Great Casterton on 28 January 1877 and worked as a farm labourer. He was married with five children, the youngest of whom he never saw. Enlisting with the 8th Battalion Lincolnshire Regiment on 21 December 1914, Private Chappell went to France on 11 September 1915, and took part in the Battle of Loos later in the month. He was last seen by a comrade when an order to retire was given. He was limping at the time as if he had been hit in the leg or foot. The next morning, the 26th, when the roll was called he was missing. He has no known grave and is remembered on panel 33 of the Loos Memorial, and the war memorial in Great Casterton. He is also remembered on a plaque inside All Saint's church in Little Casterton which was originally in Toll Bar Methodist Chapel.