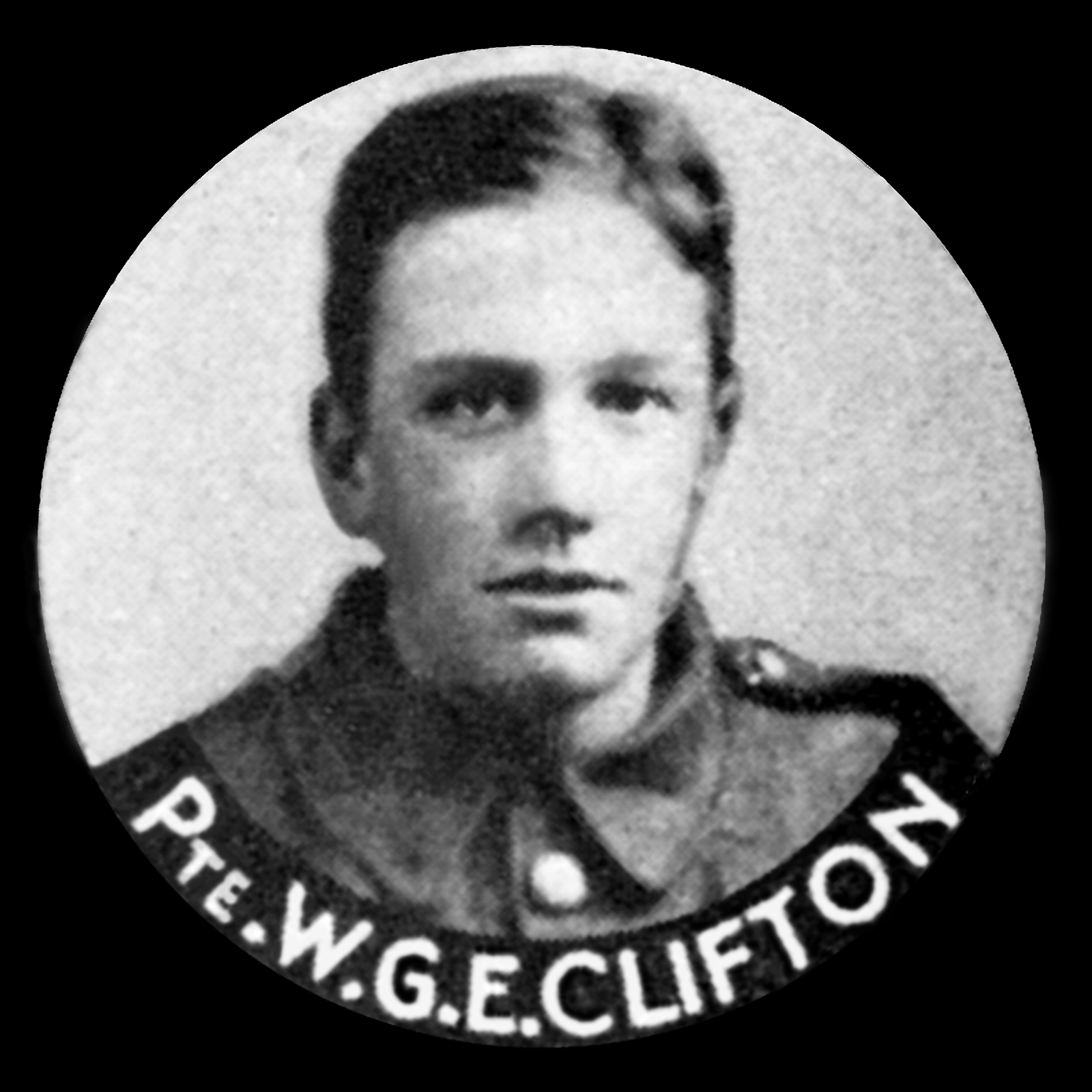 William George Edward Clifton was the youngest of all soldiers from Rutland to die in the First World War, killed during the Battle of the Somme aged 16 years, two months and 14 days. He was the son of Annie Clifton of Barrowden and was only 15 years and 4 months old when he managed to enlist in the 4th Battalion Lincolnshire Territorials in November 1915. He was sent to the Western Front on 30 July 1916 to join the 1st Battalion as the Somme battle was continuing. The battalion was to support an attack on Gueudecourt on 25 September. The men at first occupied trenches from where the leading battalions had set off earlier. The Lincolnshires war diary records that at 12.33pm bayonets were fixed and the battalion was ready to go over the top with A and C companies leading the assault. "These two companies, after advancing about 50 yards, came into the enemy's barrage fire from the right and right front and in spite of heavy losses, continued until the British front line was reached. Here it was found that the trench was still occupied by the two units which should have attacked the first objective and it became apparent they had been unsuccessful and had fallen back to their original positions." At this critical point, the decision was taken to continue the advance. "The men bayonneted and bombed their way up Gas Alley until thinned in numbers by heavy casualties." Meanwhile the other two companies were having an equally difficult time as they left their forward trenches and advanced into an intensive barrage. The diary continues: "Despite the fact the barrage was highly intense and accurately ranged, these companies marched along as if on parade without in any way having their morale shaken, for a distance of about 1500 yards, Officers and men were falling every moment." William was one of those casualties, said to have been shot through the chest. Writing about William in 1920, Rutland historian George Phillips said: "This boy hero was buried where he fell, and his grave marks the turning point, when after two years of national effort, thanks to the Ministry of Munitions and countless devoted workers of both sexes, who toiled with brain and hand, and enabled us to overtake the German Army which before held every possible advantage that its prolonged preparation and busy factories could give it." But William's grave was lost in subsequent fighting and now he is remembered on Pier 1C of the Thiepval Memorial and in his local church in Barrowden.