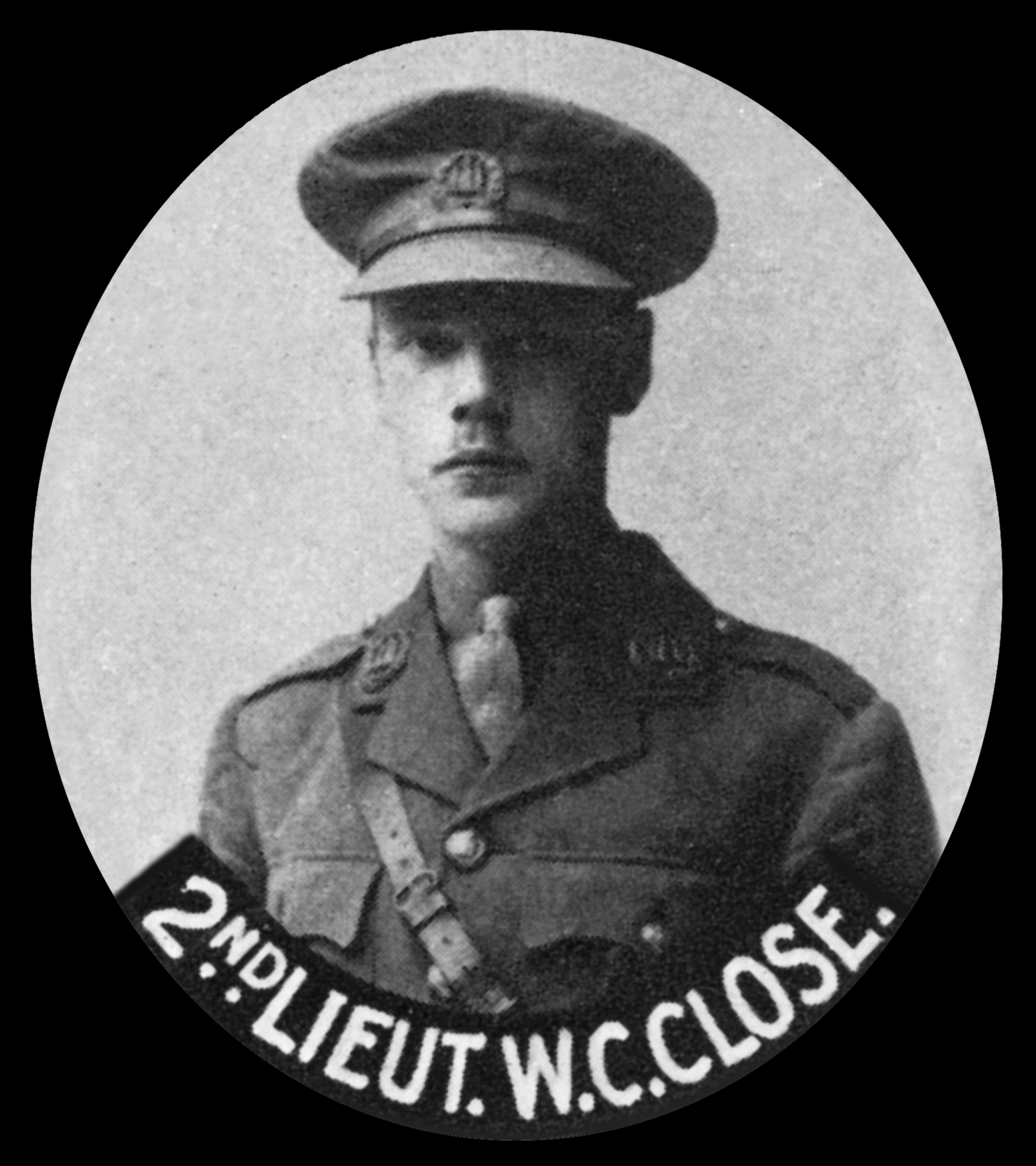 William Collins Close was the eldest son of Robert Close, JP, and his wife Emma of Geeston House, Ketton, and was born on 28 May 1897. He was educated at Stamford Grammar School and Wellingborough School, and was a member of the Cadet Training Corps. He joined the 3rd Battalion Northamptonshire Regiment and went out to the front in August 1916. He was killed in action by machine gun bullets on 20 March 1917, during a reconnaissance in force on Croiselles. William was an accomplished all-round sportsman, having won his school Colours at cricket and football, and took part in organising sports events for the men when in billets. His Colonel wrote: "He was deservedly popular with all ranks being a good soldier and leader of men. He was much loved by the men and highly esteemed by his brother officers." William has no known grave and is remembered on Bay 7 of the Arras Memorial as well as on the Ketton war memorial. The Commonwealth War Graves Commission records his age as 20.