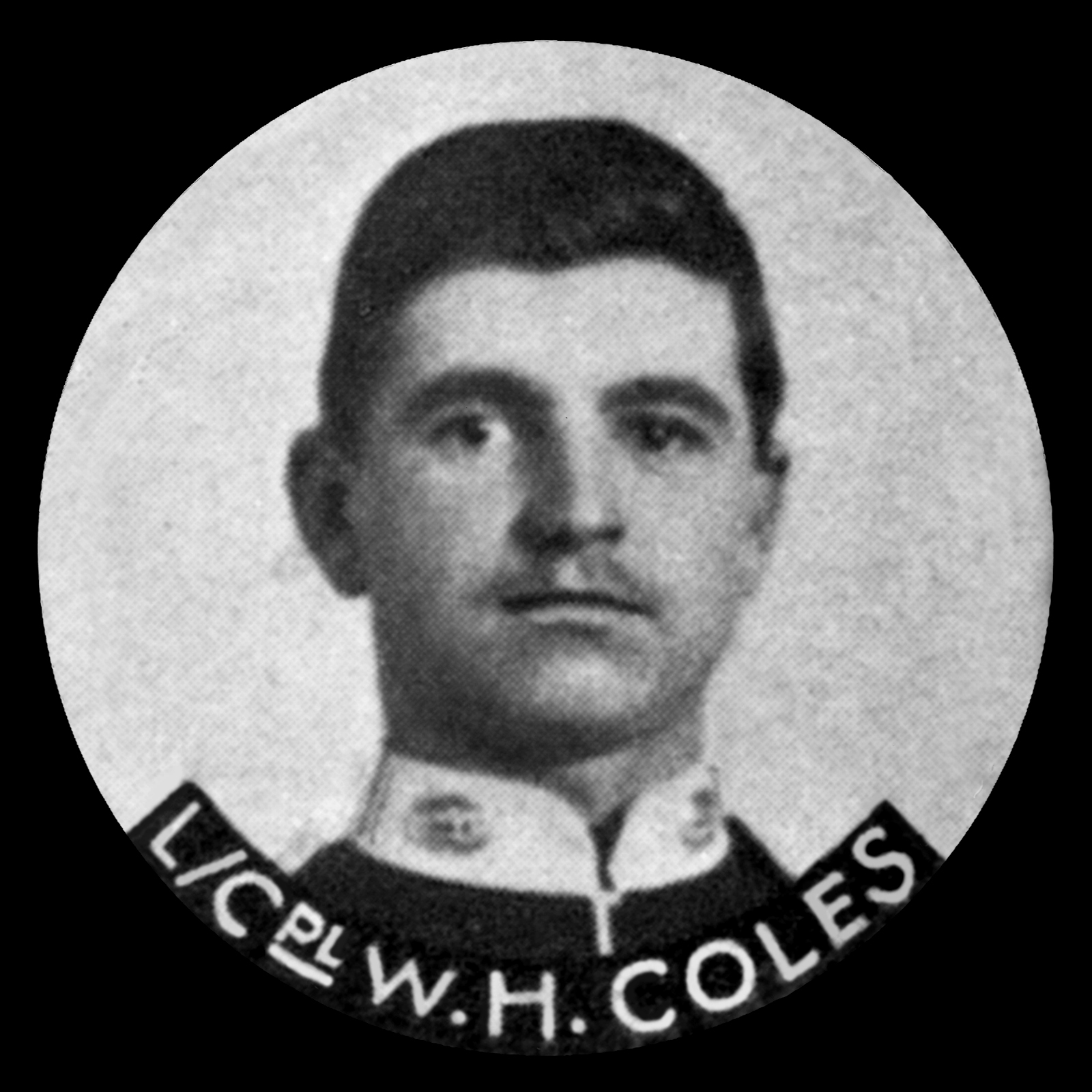 William Henry Coles, a professional soldier, and his younger brother Arthur both died in the First World War. William was born on 30 September 1892 at Oundle. He joined the Army in 1911 aged 19 and after basic training joined the 2nd Battalion Leicestershire Regiment which at the time was stationed at Ranikhet, India. When war broke out the battalion left for France, where William took part in the final stages of the Retreat from Mons. He fought at Neuve Chapelle and Richebourg and died in the Battle of Festubert on 15 May 1915 as the British tried to make something of the disaster of the Battle of Aubers Ridge. The battalion war diary records: "Attack across a stream at night. Eight officers including platoon commander killed or wounded. About 12 other men killed or wounded." William does not have a known grave and is remembered on Panel 11 of the Le Touret Memorial and also back home in Saints Mary Magdelene and Andrew Church in Ridlington alongside his brother.