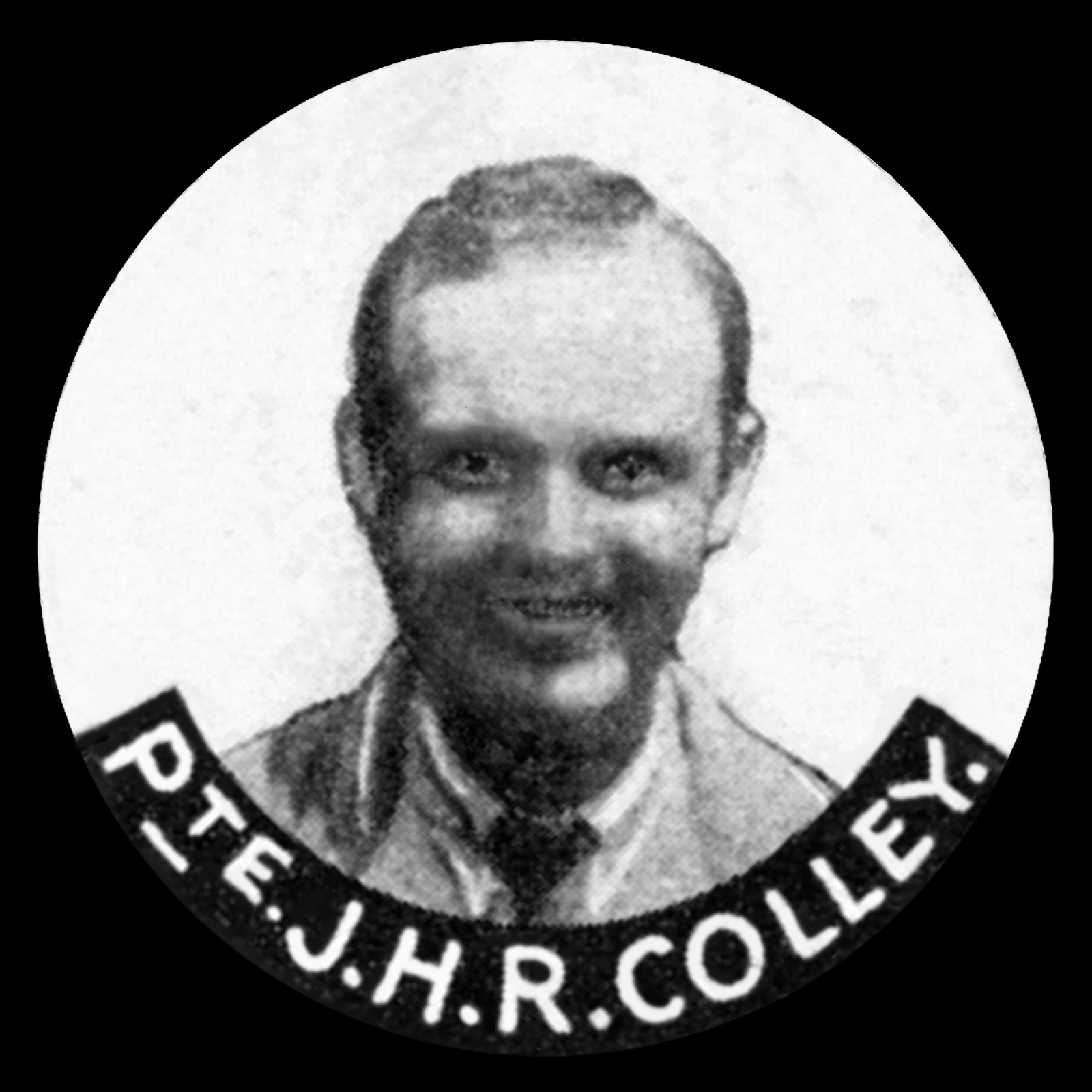 Private John Hood Ryle Colley was a native of Wickham in Northumberland and lived with his wife in Barleythorpe Road, Oakham. He was born on 16 February 1888. For two years he was a dispenser at Wellington's Chemist, Oakham. He joined up in December 1916, being attached to the Royal Engineer Special Gas Brigade and going to France in January 1917. In May he was invalided home to England with a fractured right ankle and entered Netley Military Hospital, Hampshire, and afterwards was at Fareham House. When he had recovered, John went out to France again in October 1917, but his work in the trenches brought on a mental breakdown and he spent some time in various hospitals in France. He transferred into the Royal Medical Army Corps and used his skills as a dispenser in hospitals in Cherbourg and Rouen. But his problems recurred and in May 1919 he was sent to the Neurasthenic Hospital in London for treatment but was discharged the following July. Never able to work again, he was passed from one hospital to another and finally died at Burntwood Mental Hospital on 2 July 1920. John was buried at Oakham Cemetery, but his grave is no longer marked see photograph below. The plot where he is buried is to the left hand side close to the entrance of the cemetery. His grave is near to a gap in the hedge at the back and beside a grave for William Bree. Another First World War soldier from the town, Clarence Mason is buried near by. John was described as an exceedingly nice, genial man, liked by all who knew him.