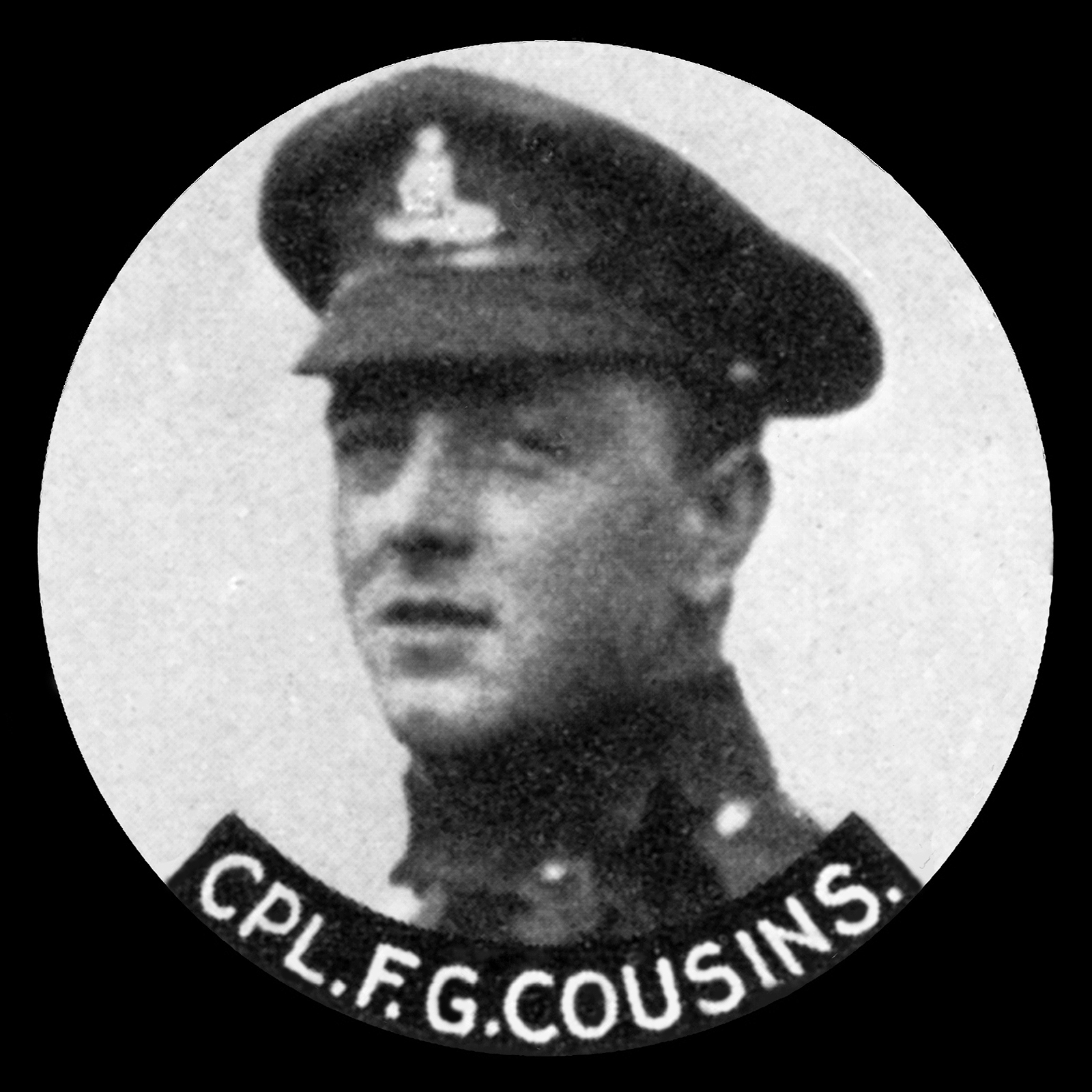 Corporal Francis Goss Cousins was the son of Francis and Mary Cousins and was born at Southorpe, Stamford, on 23 March 1893. In 1908 the family moved to Little Casterton and later to Belmesthorpe, near Ryhall. Francis, who might have been known as Goss, worked as a coach builder. He enlisted in Stamford in April 1916 and served with the 181st Heavy Battery of the Royal Garrison Artillery, becoming an Acting Wheeler Corporal. In September the Battery was sent to Salonica, and later to Egypt and Palestine. He died from enteric fever, a type of typhoid, in the Red Cross Hospital in Gaza on 27 October 1917. Francis is buried at Cairo War Memorial Cemetery, grave F.324, but his name does not appear on any war memorial in Rutland. Instead, he's remembered at Uffington where his parents were living by 1919. His younger brother, Horace, also served in the Royal Garrison Artillery but survived the war. Records of the Commonwealth War Graves Commission suggest the family lived in Barnack after the war.