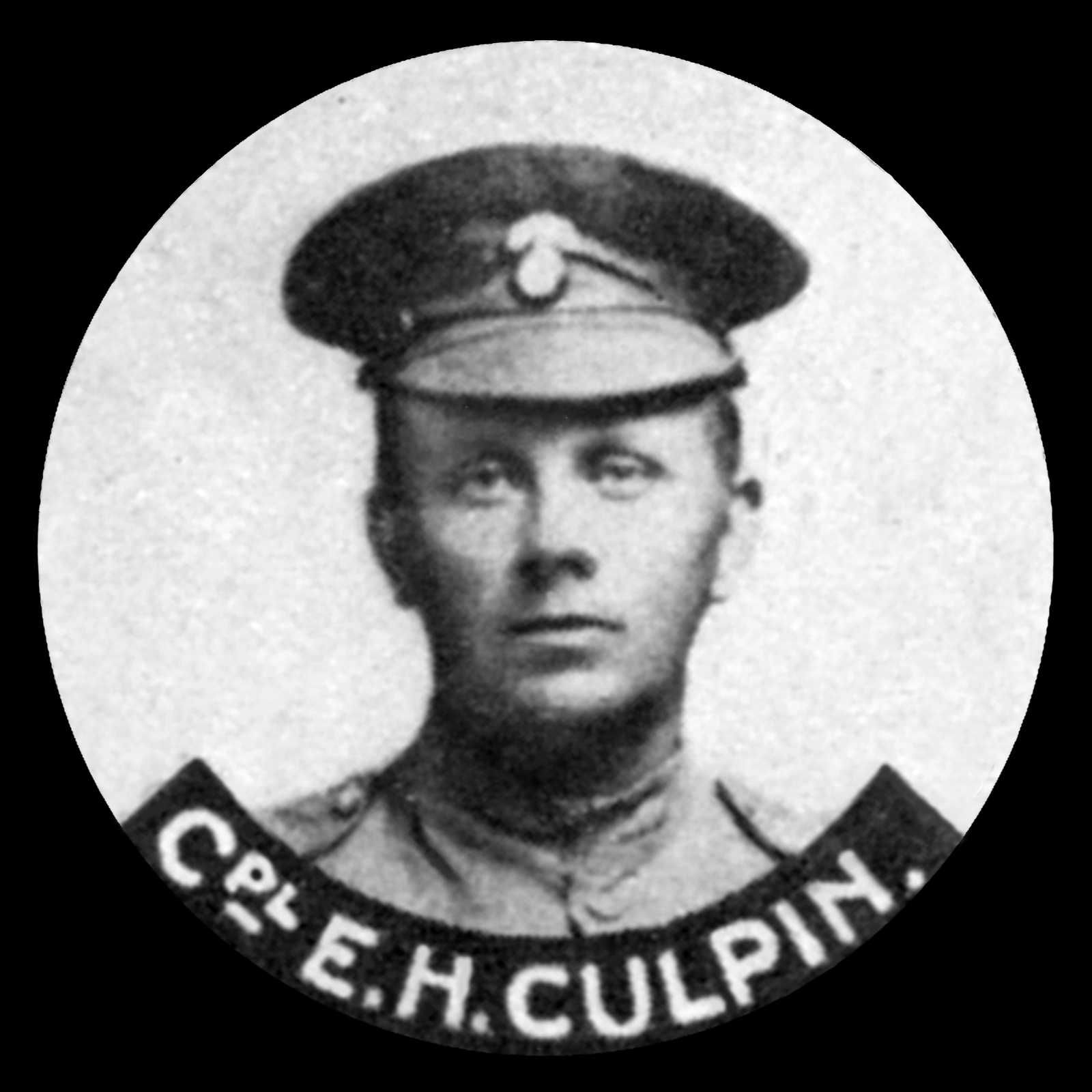 Lance Corporal Ernest Henry Culpin and his brother Amos both died in the First World War. They were sons of H Culpin and his wife of 14, Ashwell Road, Oakham and was born on 28 March 1886. He enlisted in the 3rd Battalion Northamptonshire Regiment and on 1 March 1916 he was attached to the 5th Battalion Royal Inniskilling Fusiliers. He saw service in Salonica, Egypt and Palestine, and was one of the first to enter Jerusalem after its capture, being in the city when General Allenby rode through on horseback. After a long absence he came home on leave and then went out to the Western front, where he received a wound in the leg while taking part in an attack on a German position near Tincourt on 8 October 1918. He died the same day and is buried in Tincourt New British Cemetery, grave V.H.7. Ernest and Amos are also on Oakham's war memorial.

The grave of Mr Culpin
By John Stokes on Wednesday 12th November '14 at 2:24pm
A Rutlander, living in Belgium