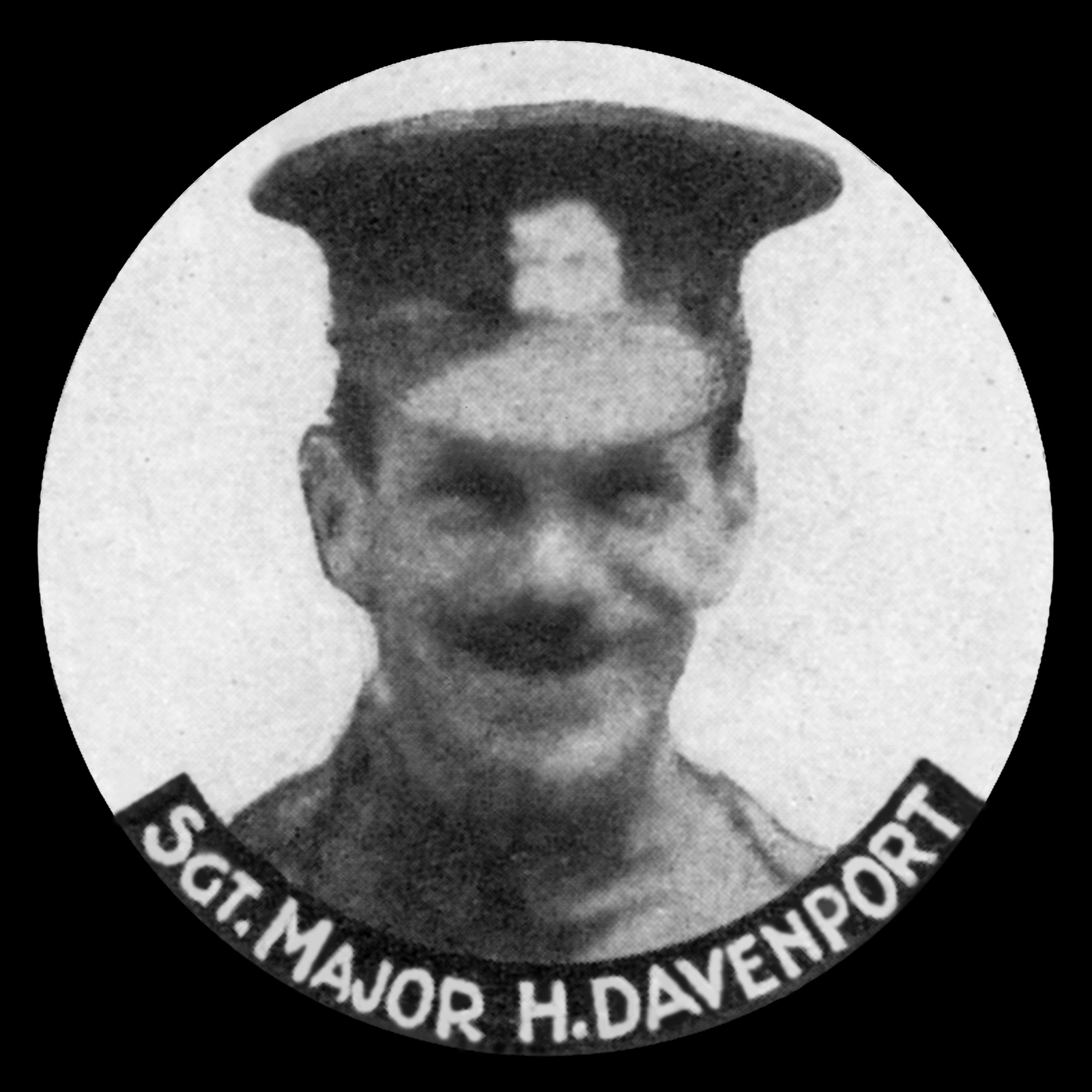 Henry Davenport from Oakham was the father of seven children and died in the 'flu epidemic which swept Europe and the world at the end of the First World War. He was born in Leicester on 2 October 1877 and was a career soldier. He had joined the Leicestershire Regiment on 7 October 1896 and went out to Egypt in February 1900. He was promoted Corporal in 1902, Sergeant in 1906, and made Colour Sergeant in 1911. At the outbreak of war in 1914 Henry was Sergeant Instructor to B (Oakham) Company of the 5th Battalion Leicestershire Regiment (Territorial Force). Like almost all of his men, he volunteered to serve overseas when the First World War began and went with the Battalion to France in February 1915. He served at the front for some time, before returning to Oakham to become Regimental Sergeant Major of the newly-formed Rutland Volunteer Battalion. This was a sort of Home Guard unit largely consisting of men waiting to be called up or too old for active service. On 17 December 1918 he died at the Drill Hall Cottage, Oakham, from pneumonia following 'flu, one of the victims of the worldwide pandemic. His funeral, at Oakham, was described as "of a Military and Masonic character." He is buried in the cemetery in Oakham and remembered on the war memorial in the grounds of All Saints' Church. He does not have a Commonwealth War Graves record, presumably because he was no longer in the regular army when he died, and so does not have a CWGC headstone. His grave is close to the entrance to Oakham Cemetery, in the top right hand corner but today is sadly neglected. It can be found by turning right as you come into the cemetery and looking along the perimeter hedge. His is the fourth grave along with the plot marked out.