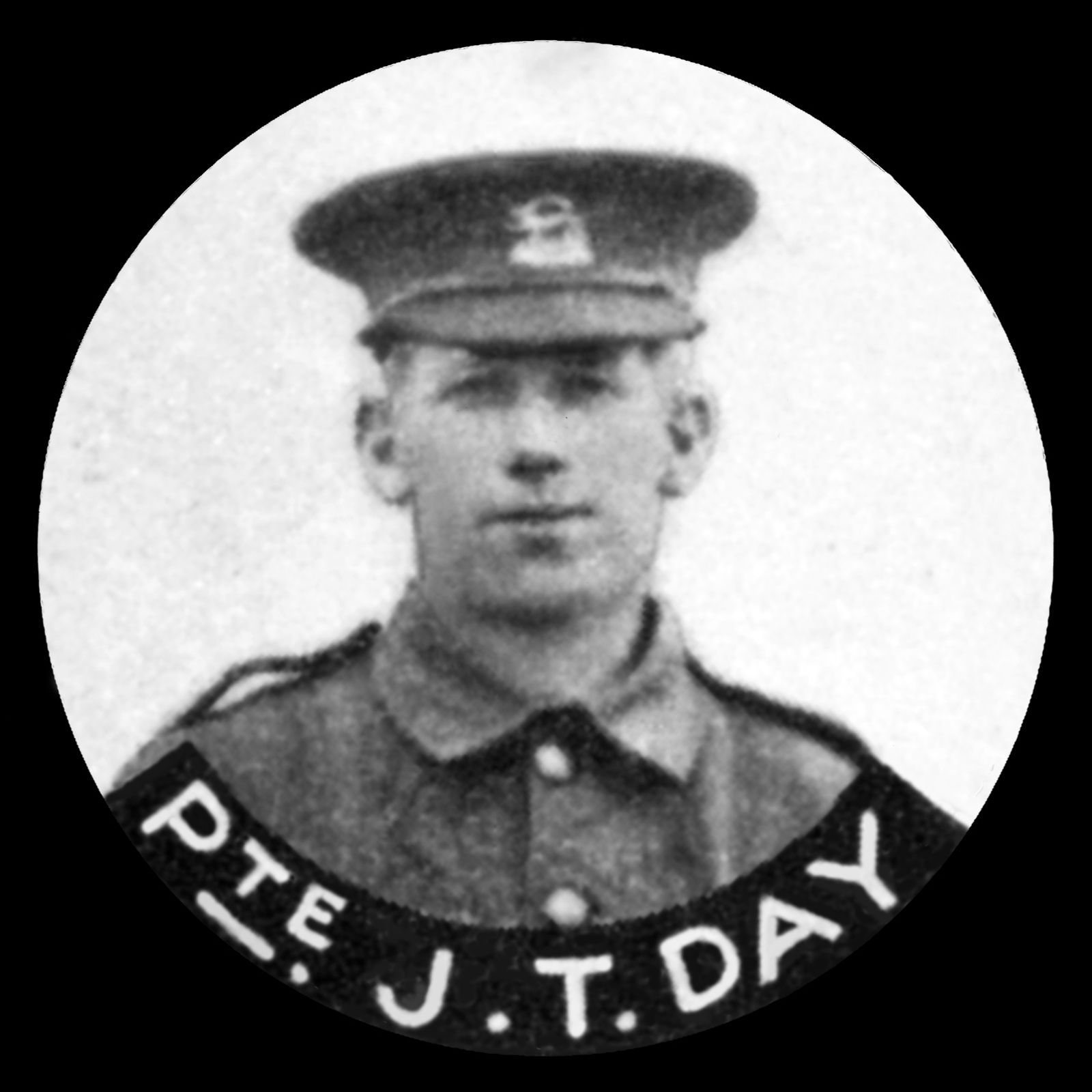 Private John Thomas Day of the 6th Battalion Leicestershire Regiment, was born on 9 August 1890 at Redmile, the son of John and Elizabeth Day of Caldecott. He was an ironstone worker before joining up on 4 September 1914, the day more Rutland men enlisted than at any other time during the war. Eleven of them were to die. John enlisted in the 9th Battalion Leicestershire Regiment, along with another Caldecott man and ironstone worker, Ernest Jeffs, before going abroad on 26 July 1915. He took part in fighting in both France and Belgium. Early in 1917 he was transferred to the 6th Battalion and on 10 April he was killed by a shell during the advance south-east of Arras. His grave is now lost and he is remembered on Bay 5 of the Arras Memorial and the war memorial in Caldecott.