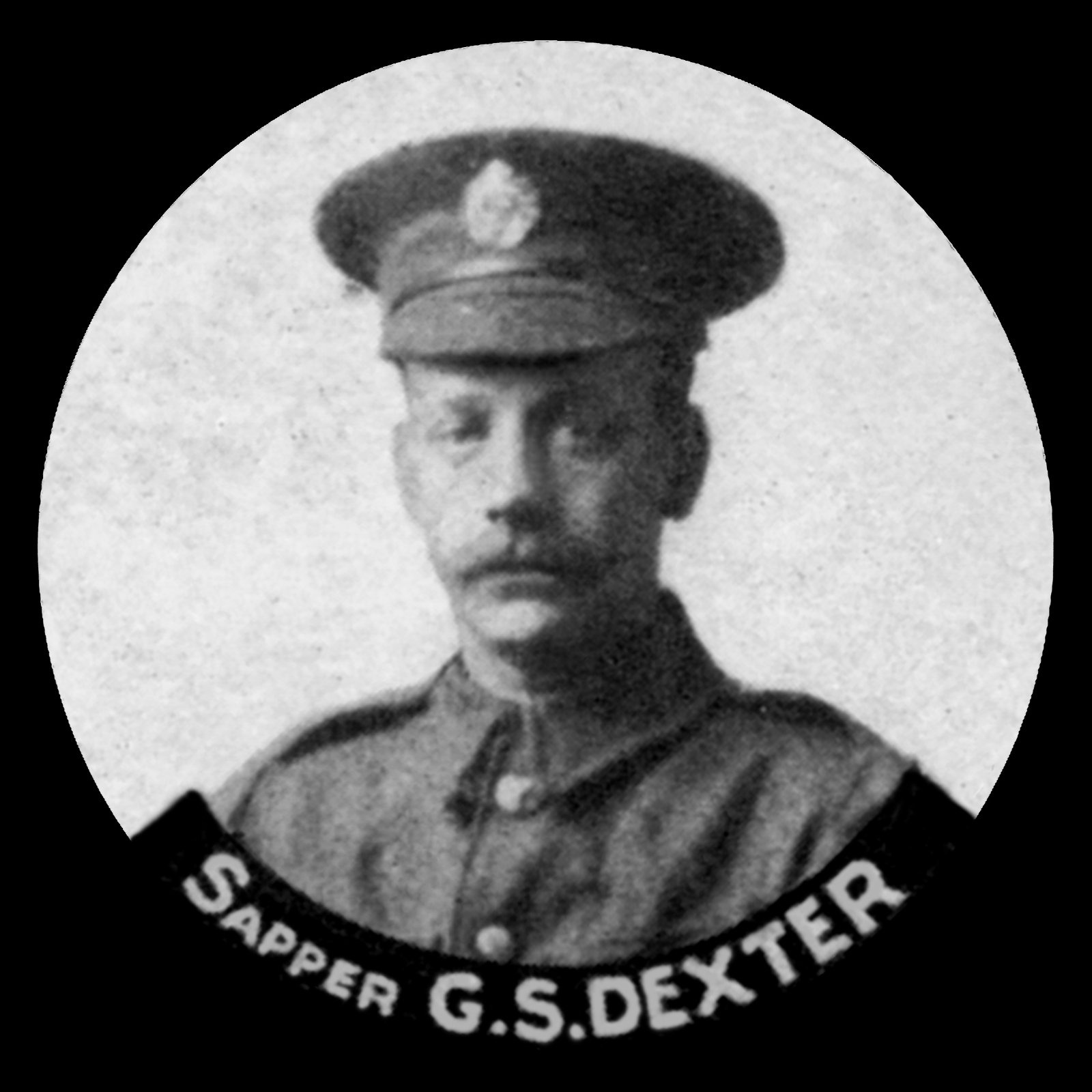 Sapper George Samuel Dexter was an accomplished bugler, both with the Territorial Army and as a teacher. He was the son of Louisa Dexter, 8 John Street, Oakham, and was born at Stamford on 23 October 1882. He was for years working as a painter with Messrs Thornton Brothers of Oakham, and was one of the first to join the Territorial Force on its formation. He was the bugler until the completion of his six years of service. He was for many years a member of the Town Band. When The Reverend J H Jerwood (whose brother Hugh was to die on the same day as George) took over the Oakham School Officers Training Corps, he asked George to teach the Bugle Band. He acted similarly for the Oakham Boy Scouts and in appreciation the Scouts presented him with a pipe and cigarette case. He enlisted in the Royal Engineers on 31 March 1916, and was sent to France on 30 August. George was killed by a shell at St. Quentin on 21 March 1918, one of 13 Rutland men to die that day. He is buried in Grand Seraucourt British Cemetery, grave I.H.3. Sapper Dexter was married. He is remembered on the main Oakham war memorial in the grounds of All Saints' Church, and also on a brass plaque inside the Baptist Church along the High Street in Oakham.

He's pictured below, third along on the front row with his bugle, at camp with the Oakham Territorials. Picture kindly supplied by Janet Banks