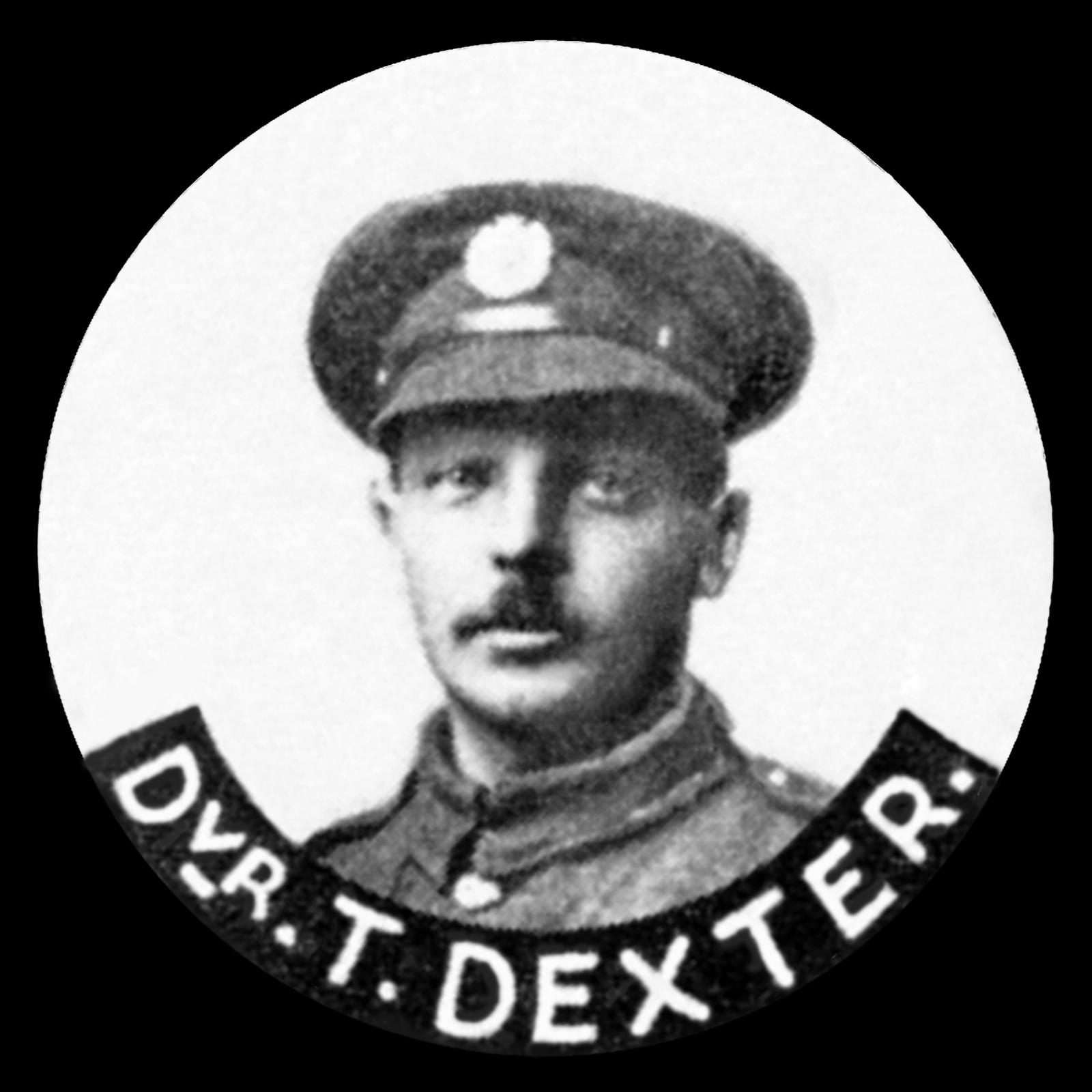 Tom Dexter of Oakham was a driver in the Royal Engineers. He was the son of Job and Mary Dexter and had two brothers and four sisters. He had served six years in the army by the time war broke out, having enlisted aged 18 in April 1908. He served initially three years and then remained as a reserve soldier until the start of the war, when he was mobilised on 5 August 1914. He served through most of the First World War before being discharged as medically unfit on 15 February 1918. But the effects of being gassed stayed with him afterwards and he developed tuberculosis. He died on 1 June 1920, aged 30 and was buried at Oakham Cemetery after a military funeral complete with a firing party and bearers of the Leicestershire Regiment from Glen Parva Barracks.  His grave is about 25 feet from the entrance to the cemetery on the right hand side. He is buried beside the pathway. Tom was married to Mary and had one daughter, also called Mary and who was born in October 1913. The family lived along Kings Street and then Northgate Street in Oakham. He is remembered on Oakham's war memorial.