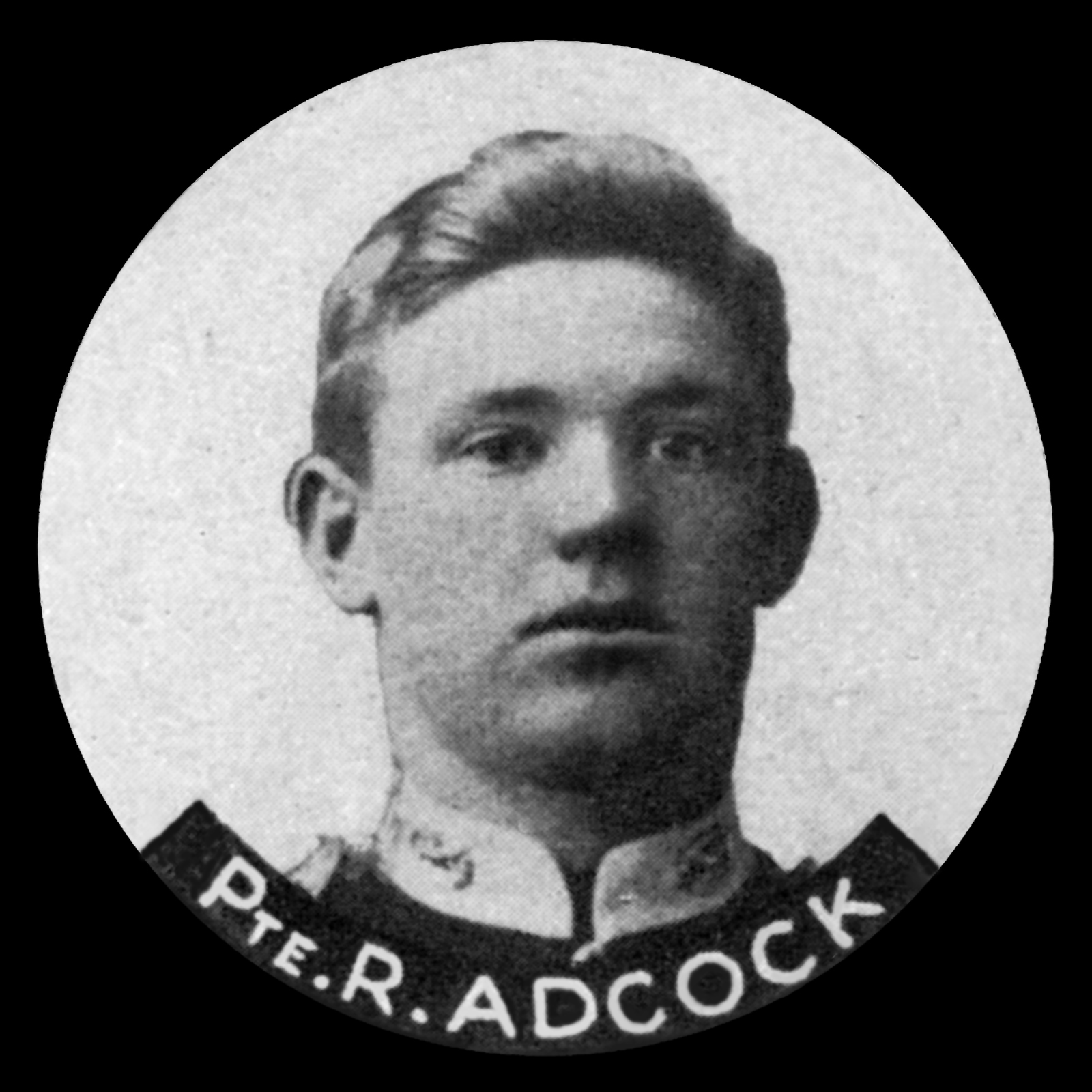 Private Richard Adcock of the 2nd Battalion Leicestershire Regiment was the eldest son of Harry and Anna Adcock of 50 Braunston Road, Oakham and the brother of Alfred Adcock who also died in the First World War. He was born at Leicester on 20 December 1890 and was in the shoe trade before joining the army in August 1909 as a professional soldier. The 2nd Leicestershires were based in India at the time, and after training, Richard went out to join them, arriving in March 1911. When the war began the Leicestershires and other units making up the Indian Corps were ordered to join the British Expeditionary Force in France. The first elements of Leicestershires arrived at Marseilles on 12 October 1914. The battalion took in an attack on German front-line trenches on 19 December 1914 near Richebourg St Vaast in Northern France being being withdrawn to Ecquedeques. At some point Richard suffered serious bullet wounds although we do not know exactly when or where. He died on 15 January 1915 at 13 General Hospital, Boulogne, and was buried at Boulogne Eastern Cemetery, grave III.C.41. Both brothers are remembered on the main Oakham war memorial in the grounds of All Saints' Church, and also on a brass plaque inside the Baptist Church along the High Street in Oakham.