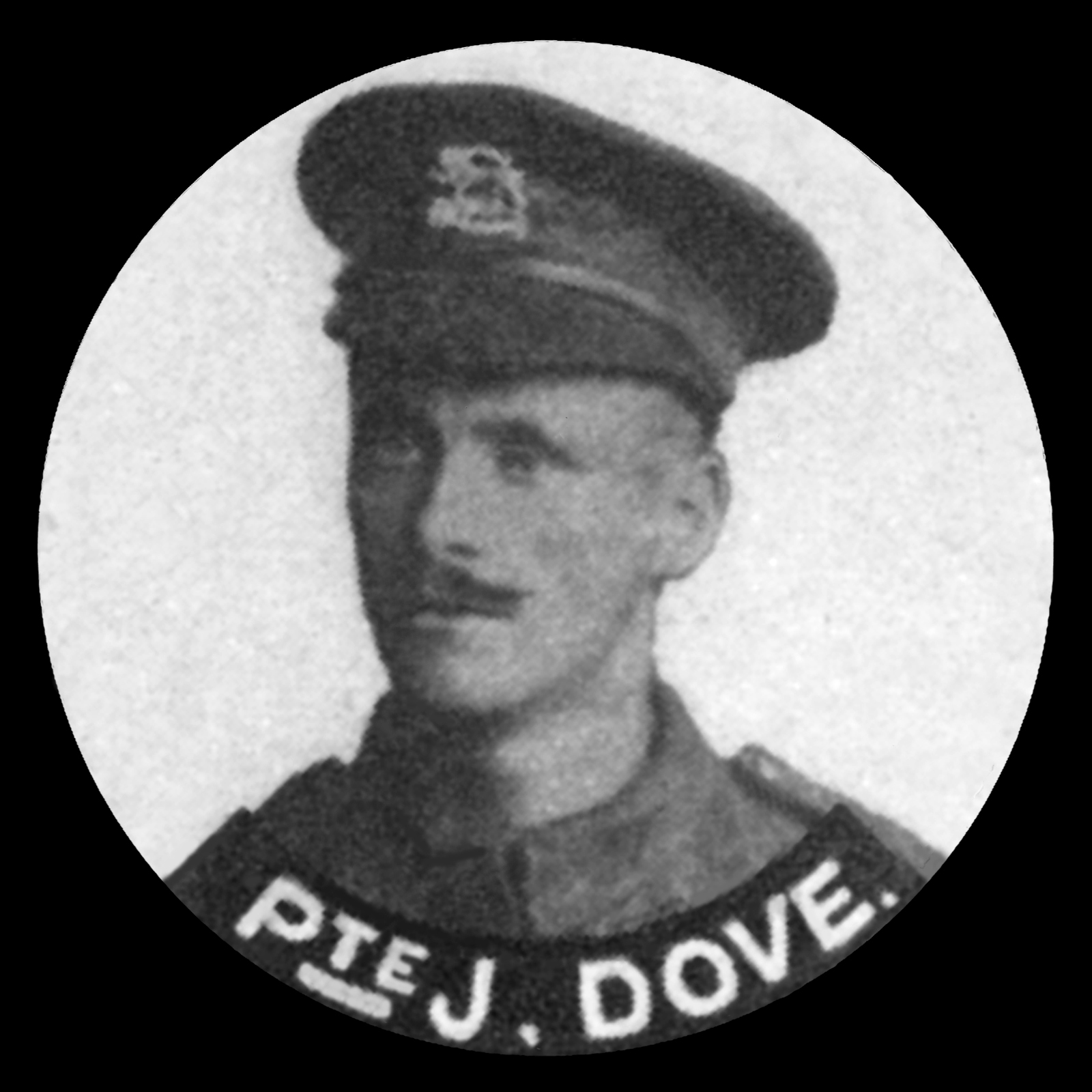 Private James Dove lived with his wife at 26 King's Road, Oakham, and was employed in the Midland Railway Provender Stores. He was the son of George and Ann Dove of West Haddon, Rugby. James joined the 1st/5th Battalion Leicestershire Regiment on 12 April 1916, and went out to the Western Front on 25 July the same year. He was wounded three times in fighting around Cambrai and on the Somme before being killed by a shell on 28 September 1918, at Magny La Fosse. James is buried at Besigny Communal Cemetery Extension, grave V.C.15/24, and is remembered on Oakham's war memorial. He left a widow, Emma.

The grave of Mr Dove
By John Stokes on Wednesday 12th November '14 at 12:59pm
A Rutlander, living in Belgium

The grave of Mr Dove
By John Stokes on Wednesday 12th November '14 at 1:00pm
A Rutlander, living in Belgium

The grave of Mr Dove
By John Stokes on Wednesday 12th November '14 at 1:00pm
A Rutlander, living in Belgium