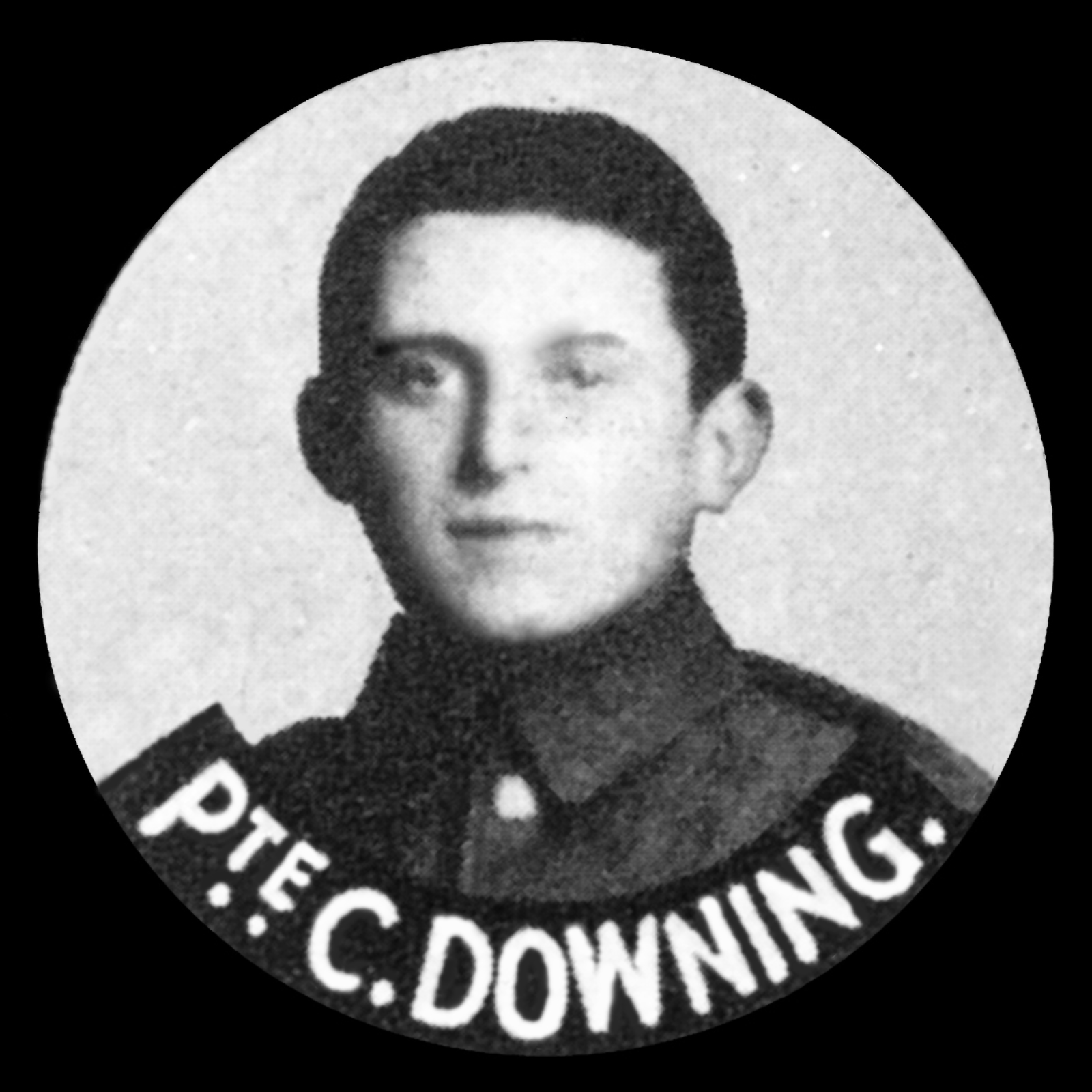 Private Cyril Downing was born in Chippenham, the son of Christopher and Charlotte Downing who later moved to Church House, Ketton. Aged 17, he joined the Territorials of the 5th Battalion Leicestershire Regiment in the spring of 1914, months before the start of the war. When the First World War began he volunteered to serve abroad and went out to the Western Front with his battalion on 28 February 1915. Cyril served in the Machine Gun Section, and on 30 August was killed in action by a shell near Armagh Wood, near Ypres. He was two weeks short of his 19th birthday when he died. Letters to his parents from his Commanding Officer and others praised his actions. His platoon Sergeant wrote: "He died a soldier and a man, a son to be truly proud of."  He has no known grave, and is remembered on Panel 33 of the Menin Gate in Ypres, and on the war memorial in Ketton.