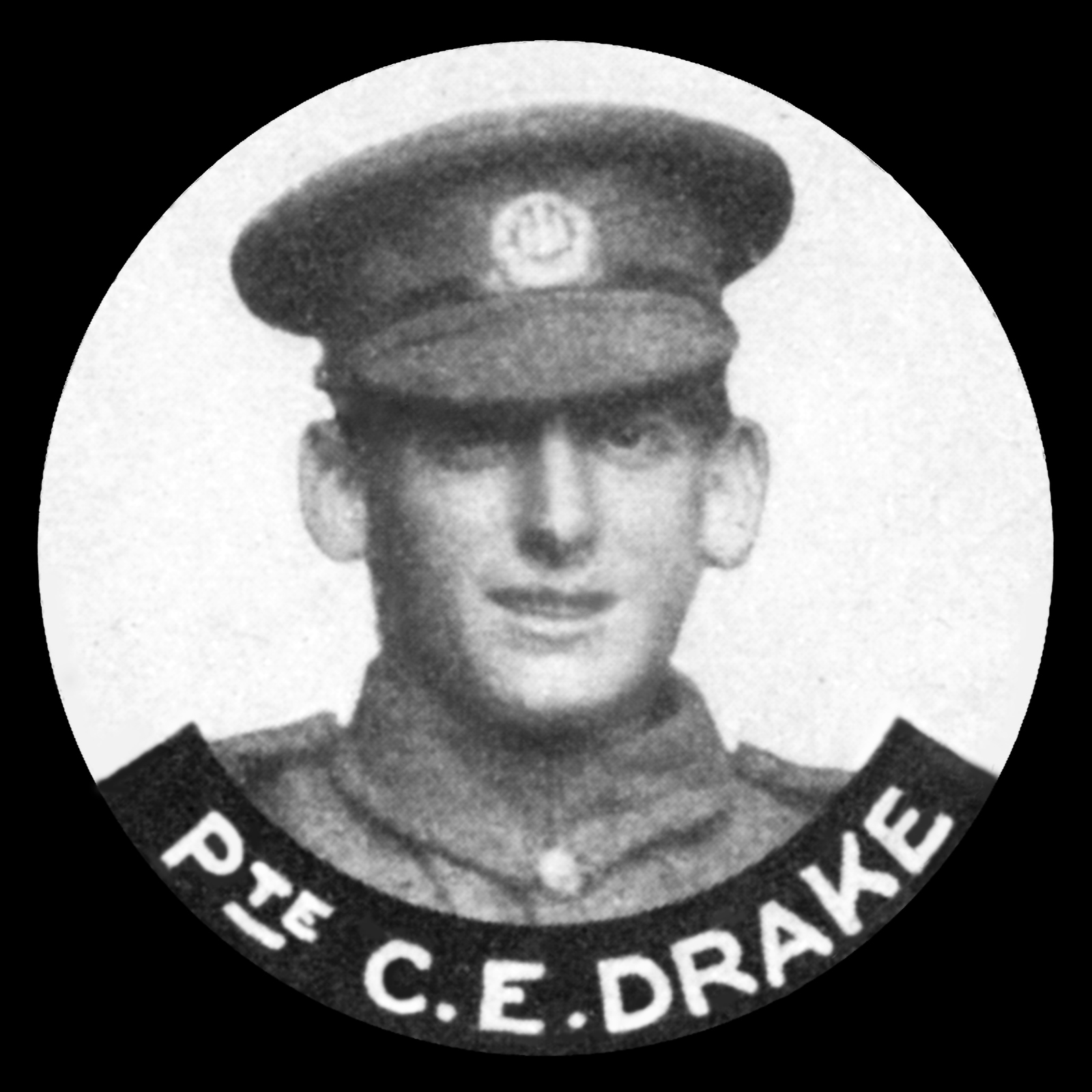 Private Cecil Edward Drake was the youngest son of Robert and Martha Drake of Morcott and was born on 8 April 1897. When the war broke out was employed as a fitter at Messrs Martins in Stamford. He enlisted in the Northamptonshire Regiment on 12 August 1914, and went out to the Western Front two months later with the 2nd Battalion. During the winter he suffered from frostbite and was sent home to recover. Later he was struck down with pleurisy and pneumonia. Returning to France again, he took part in the Battle of the Somme. On 23 October 1916 his battalion was in the line between Lesboeufs and Gueudecourt and captured German-held Mild Trench. Three nights later, while carrying up rations over some open country near Flers, he was killed by a shell. A comrade wrote: "He was at the rear of me and seemed to be the only one who saw the shell coming. When I turned round he was knocked down, I tried my best to help him, but of no avail. He asked me to see to everything, which I promised to do and then he passed away. He died a hero's death, and is missed by the Company, also the Platoon." The 2nd Northamptonshires war diary recorded: "During the morning the enemy shelled Buzzer and Cloudy Trenches. The remainder of the day was fairly quiet. At about 9pm, bombing was heard towards Zenith Trench (on our right) and immediately the enemy opened a heavy barrage on the Sunken Road. This caused much inconvenience to our ration party." It is not clear whether this was the incident in which Cecil was killed. Private Drake was a member of Morcott Church Choir before joining the Army. He is buried at AIF Burial Ground, Flers, grave I.D.26, and remembered on the Morcott war memorial in the village cemetery.