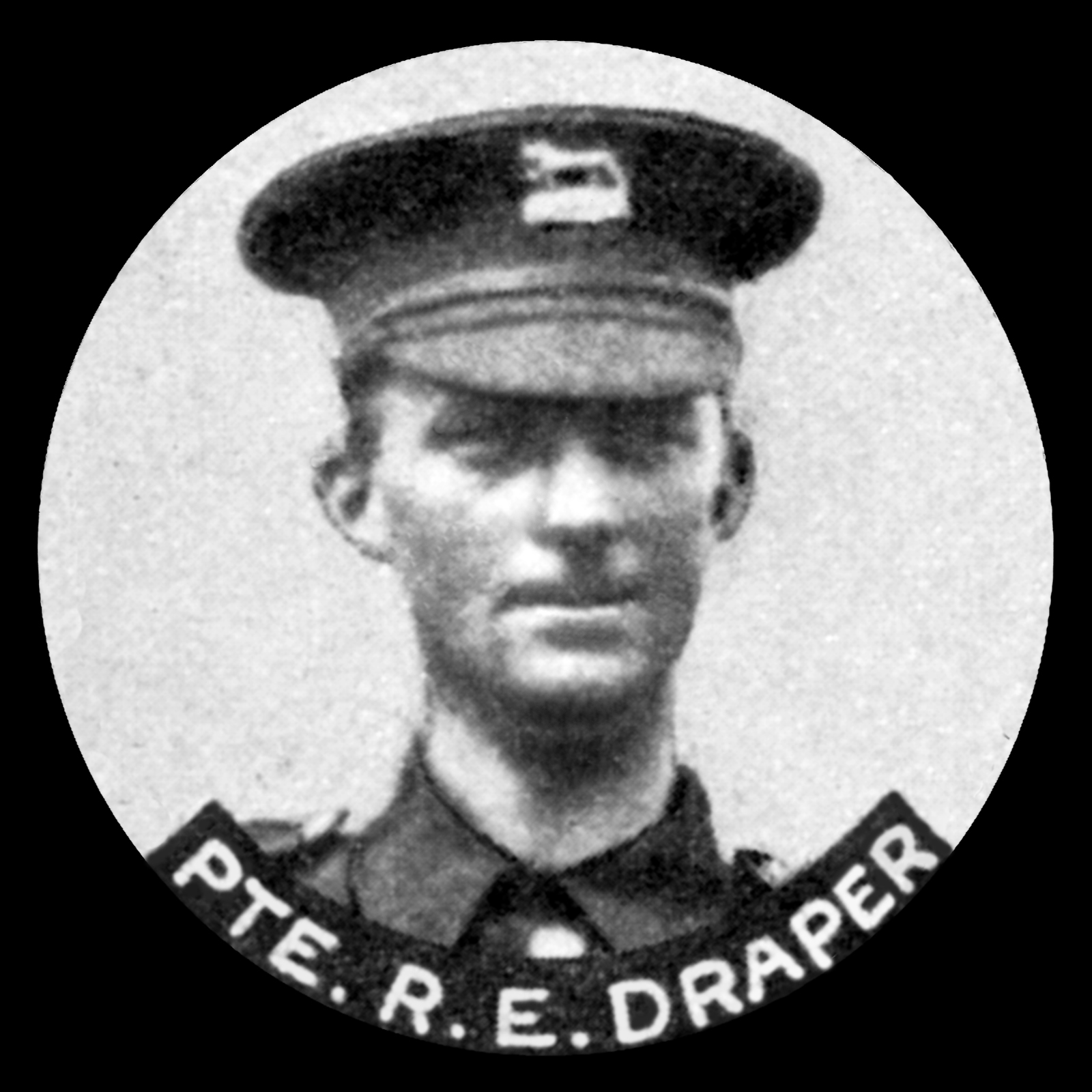 Robert Ernest Draper was the younger son of Robert Draper, of Market Place and High Street, Uppingham. He was married to Maud Draper, of Leamington Terrace, Uppingham, and left two children, the youngest born after he went abroad and who he never saw. Born at Bisbrooke on the 17 January 1883, Robert was a wine merchant's assistant, working with his father before joining up. He was associated with the old Volunteers, and attended five camps. He belonged to the Leicestershire Yeomanry, and volunteered when servicemen were required to guard the Midland Railway viaduct at Harringworth after the First World War broke out. He enlisted in the regular Army on the 25 October 1915, and on New Year's Day 1916, set off with the 21st Midland Rifle Brigade to Egypt. He was transferred to the 2/5 Battalion, Hampshire Regiment and fought against the Turks around Gaza and elsewhere. He was subsequently transferred to the Wiltshire Regiment. While in Egypt he studied in a school of musketry and passed, first class. He contracted sand fly fever, and after recovering, fell ill with malaria. While later at a convalescent camp he was stricken with dysentery. He was admitted to the 27th General Hospital at Cairo on 20 November 1918, and had several relapses. While being brought to England from Alexandra on HMNZ Hospital Ship Maheno he died on 10 February 1919. The burial service was held at sea between Malta and Gibraltar. Colonel E E Povritt, Officer Commanding Troops on the Hospital Ship, and the Reverend H Watson CF both wrote letters to his wife and father, the chaplain stating he was much struck with Private Draper's courage and patience. He found it, he said, a strain to talk, but he never complained. A comrade, Lance Corporal W Haines, who heard of Private Draper's death from another Uppingham soldier in India, wrote to Robert's father and said: "Although he had a sailor's grave, I can honestly say that a better soldier never stood under a pack than he was. I have known him volunteer for many dangerous patrols and have often told him he would be going once too often, but he would simply smile and say, 'Well, so and so won't go, so I will.' He had several narrow escapes." He is remembered on Panel 42 of the Jerusalem Memorial and the Uppingham memorial.