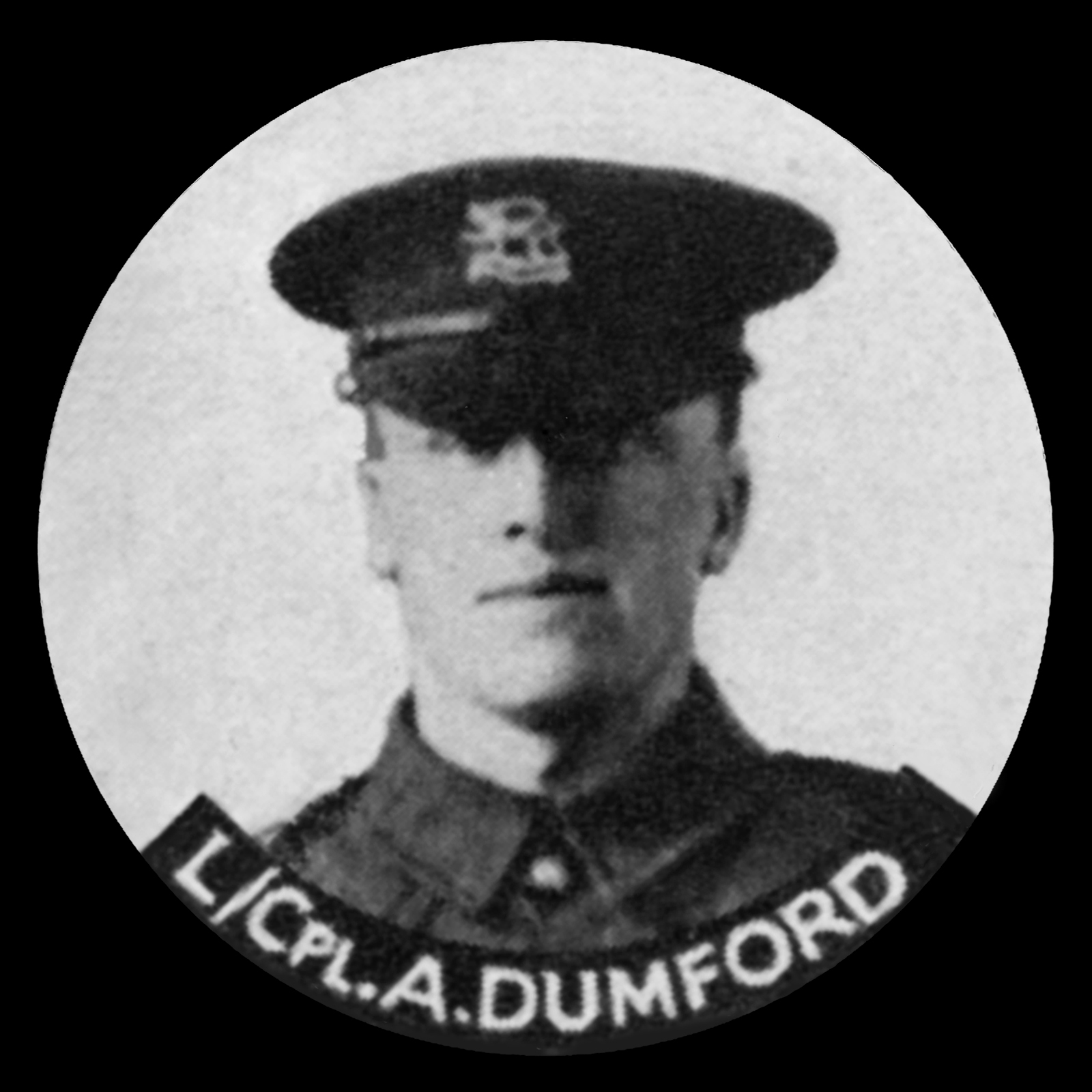 Lance Corporal Arthur Dumford was born and brought up in Preston and before the war worked in the shoe trade. He joined the 2nd Battalion Leicestershire Regiment on 15 October 1915 shortly before the battalion was sent out to Mesopotamia [Iraq]. The Leicestershires formed part of Tigris Corps which made an unsuccessful attempt to relieve a British force at Kut-el-Amarah in the spring of 1916. A few months later, now known as the Mesopotamian Expeditionary Force, the reorganised British began a new advance against Ottoman forces which eventually led to the capture of Baghdad. Initially progress had been slow. On 22 February 1917 the Leicestershires supported an attack by the 53rd Sikhs against Turkish positions. The war diary records: "The 53rd entered the enemy first line, but on the Turks counterattacking, many of them retired. About 4pm C Company passed through the 53rd Sikhs, rallying many. They soon passed into the Turkish second line." Two more companies of Leicestershires joined in and the war diary adds: "Splendid reports came from B and C Companies and the Turks second line was soon consolidated. During the attack there was heavy rifle fire from the enemy, but luckily it was pretty high and we had few casualties." Nevertheless, the battalion suffered seven men killed and 31 wounded, including Arthur who later died. The Chaplain wrote: "He was a splendid fellow, full of energy and resource and a brave soldier." Arthur has no known grave and he is remembered on Panel 12 of the Basra Memorial in Iraq, and the war memorial in the churchyard of St Peter and St Paul church in Preston.