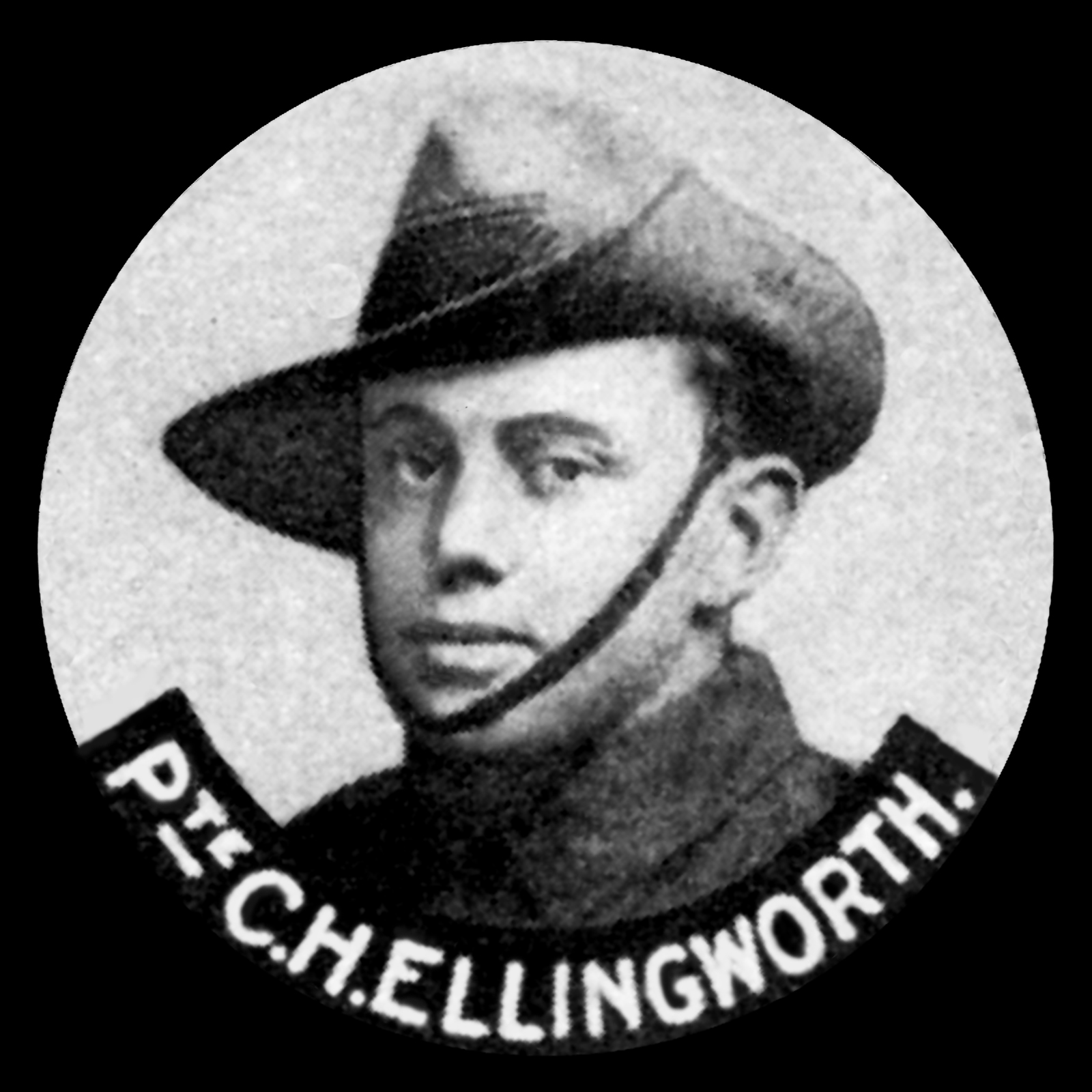 Charles Henry Ellingworth was the second son of Seth Ellingworth and his wife of Uppingham, where he was born on 27 September 1896. Shortly before the war Charles accompanied his uncle, Ben Spencer, of Uppingham, to Australia, but only three weeks after they arrived his uncle died. Charles stayed on and worked as a farm hand, and volunteered for the Australian Forces on 17 April 1917, where records show he gave his age as 19 and a half and his father's address as Batts Cottages, North Street, Uppingham. He came over to England, and went to France in January 1918. He took part in the Second Battle of the Somme, and was killed near Hebuterne on 5 April 1918. Captain Aarous, of the Australian Imperial Forces, writing to his parents, said: "The enemy launched an attack on our front, preceded by a four and a half hours' artillery bombardment, during which enemy shell fire drew of your son the great sacrifice. We have laid him to rest with his comrades who also fell, and the padre paid the last rites due to him on this earth. Your son had not been with us very long, but quite long enough to prove himself a man and a comrade. He was respected by all, officers and men, and this respect was commanded by his character, honour, and personality." Charles is buried in Euston Road Cemetery, grave IV.N.3, and is remembered on Uppingham's war memorial.