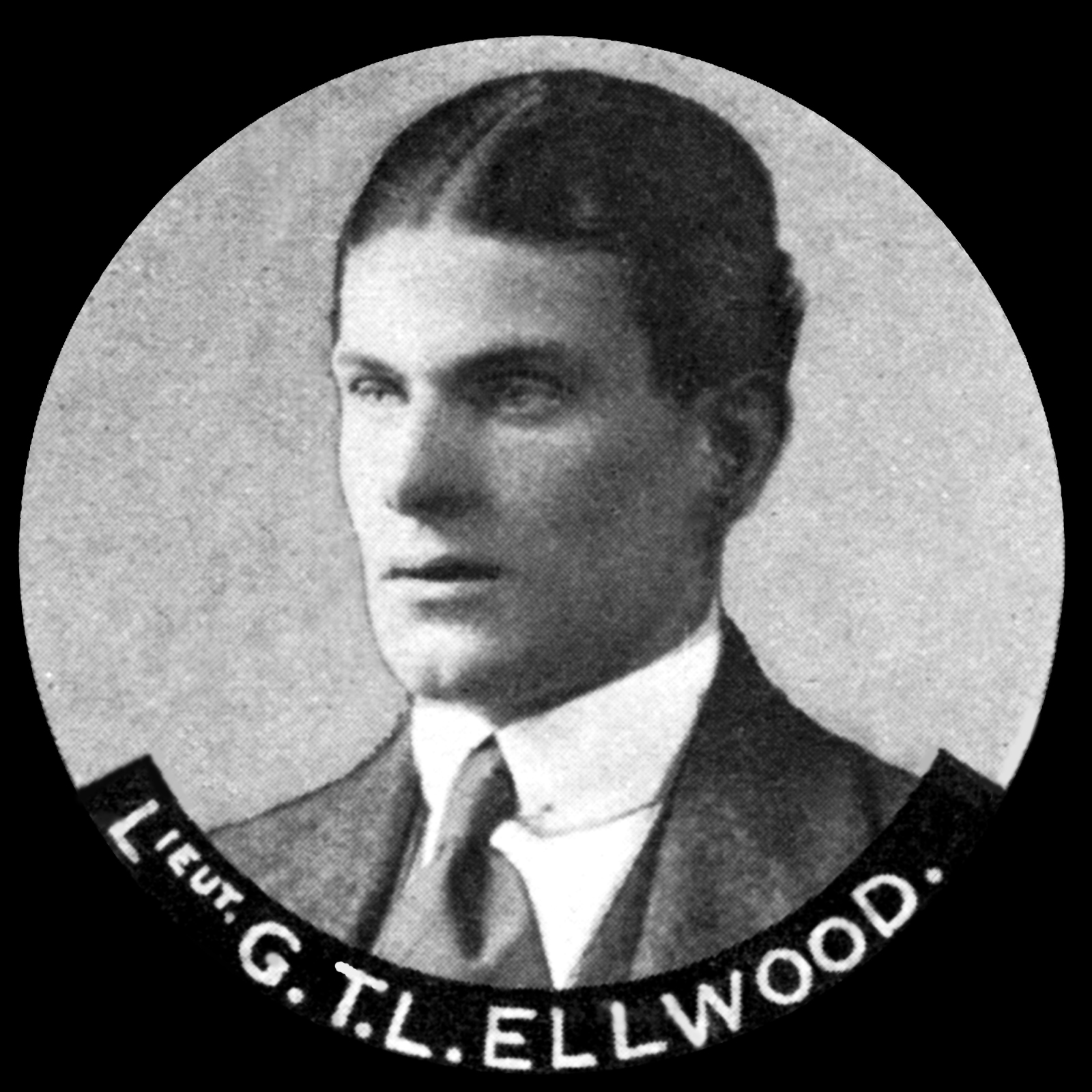 Geoffrey Thomas Lovick Ellwood was one of five sons of the Rector of Cottesmore, the Reverend C E and Mary Ellwood and was born at the Rectory on 10 January 1892. Educated at Cheam and Marlborough, he gained a house scholarship and was a member of the Officer Training Corps. He became an undergraduate of Magdalen College, Oxford, where he won a Goldsmith's scholarship, and was reading for Greats when the First World War broke out. Geoffrey received a Commission on 26 August 1914 in the 6th Battalion Leicestershire Regiment, and went to France on 31 July 1915. Promoted to Lieutenant, he was severely wounded in the shoulder and back on 18 October 1915 while working at night with a wiring party. After recovering in England, he returned to the Western Front on 18 April 1916. George Phillips wrote: "He was killed by a rifle bullet in the head when leading his men in the attack on Bazentin-le-Petit village and the wood of that name on 14 July 1916. This attack was carried out entirely by the Leicestershire Regiment. They flowed over the open and into the trenches opposite, capturing some 500 prisoners. They continued to fight their way with splendid steadiness through the wood, and held it for the remainder of the day." His Colonel wrote to his parents: "He was a very gallant officer, and will be mourned by all ranks. Accept my deepest thanks and gratitude for the splendid services rendered to his regiment and his country." He has no known grave and is remembered on Pier 3A of the Thiepval Memorial on the Somme. His father was responsible for erecting the war memorial outside St Nicholas' Church in Cottesmore on which Geoffrey has a personal plaque. His four brothers also served in the war and all returned home safely.