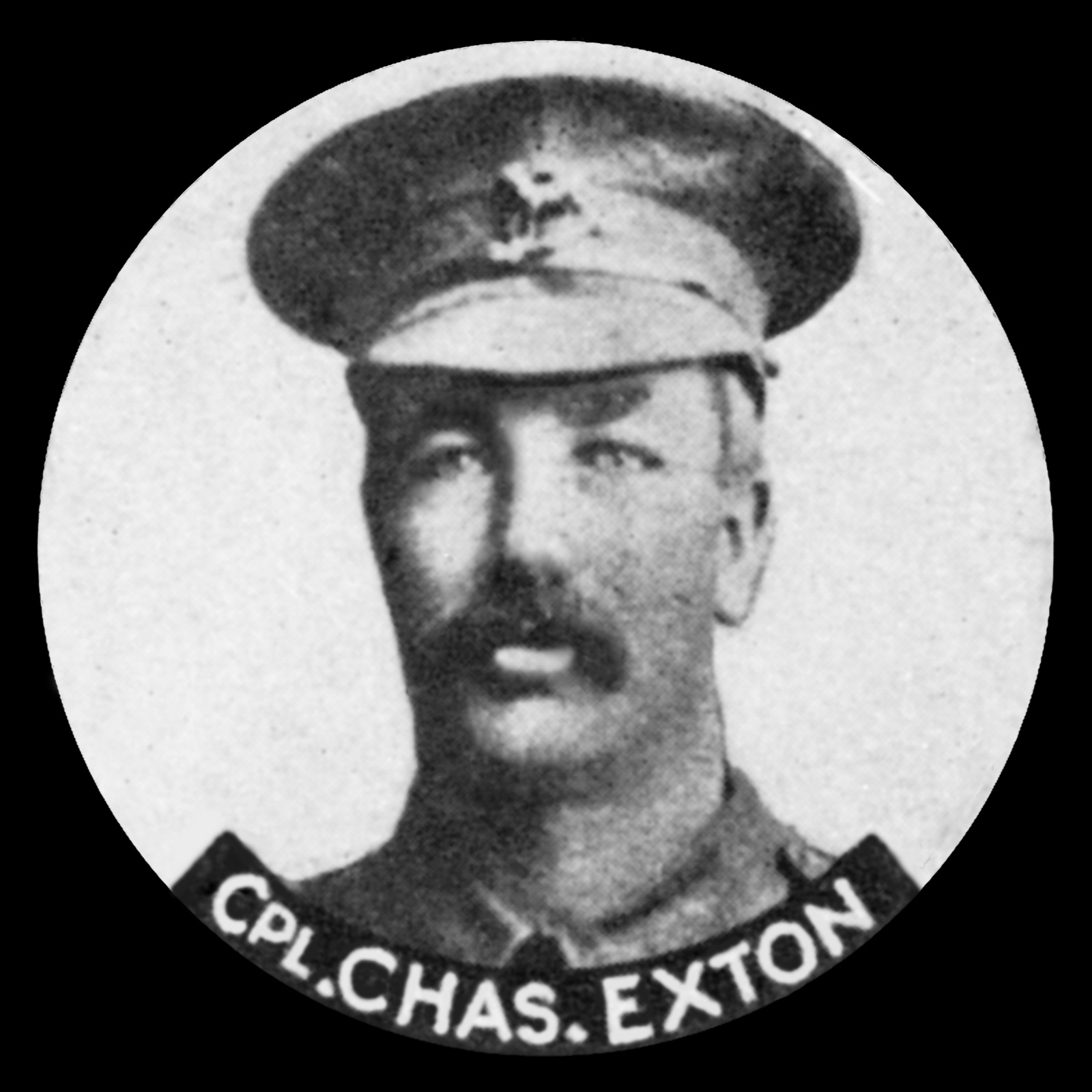 Charles Exton is buried halfway across the world, in a large cemetery on the edge of the modern Indian city of Bengalaru, formerly Bangalore. He and his younger brother George both died in the First World War within six months of each other. They were the sons of Charles and Fanny Exton of 10, Mount Pleasant, Uppingham Road, Oakham. Charles joined the 1st/5th Battalion Queen's (Royal West Surrey) Regiment in August 1914 and went out to Mesopotamia [Iraq] the following October. He was wounded in action at Ctesiphon on 22 November 1915 as the British unsuccessfully attacked strong Turkish forces blocking the way to Baghdad, 16 miles away. He was taken to Kut for treatment, but evacuated from there the night before it was surrounded by the undefeated Turks who were now pursuing the retreating British. Charles recovered and was sent to India where he ran his battalion's corporals' mess in Bangalore. But he suffered intermittently from an illness, described by George Phillips in Rutland and the Great War, as some kind of fever. He died in hospital on 9 September 1918, from heart disease and dropsy, defined as the swelling of soft tissues due to an excess of water. He was given a military funeral at which seven officers and ninety men attended. Charles was buried in what was then known as Oosoor Cemetery, Bangalore, now known to the Commonwealth War Graves Commission as Bangalore (Hosur Road) Cemetery, grave 8.T.3. He lies among a number of other British soldiers who died during the period of British rule in India. His name is also on the Madras 1914-1918 Memorial (see note below) as well as on Oakham's war memorial.

To find his grave see our link to Bangalore (Hosur Road) Cemetery.

Although Charles' name is still on the Madras 1914-1918 Memorial in what is now called Chennai, he is no longer officially commemorated there now that his actual grave has been reclaimed by the CWGC.