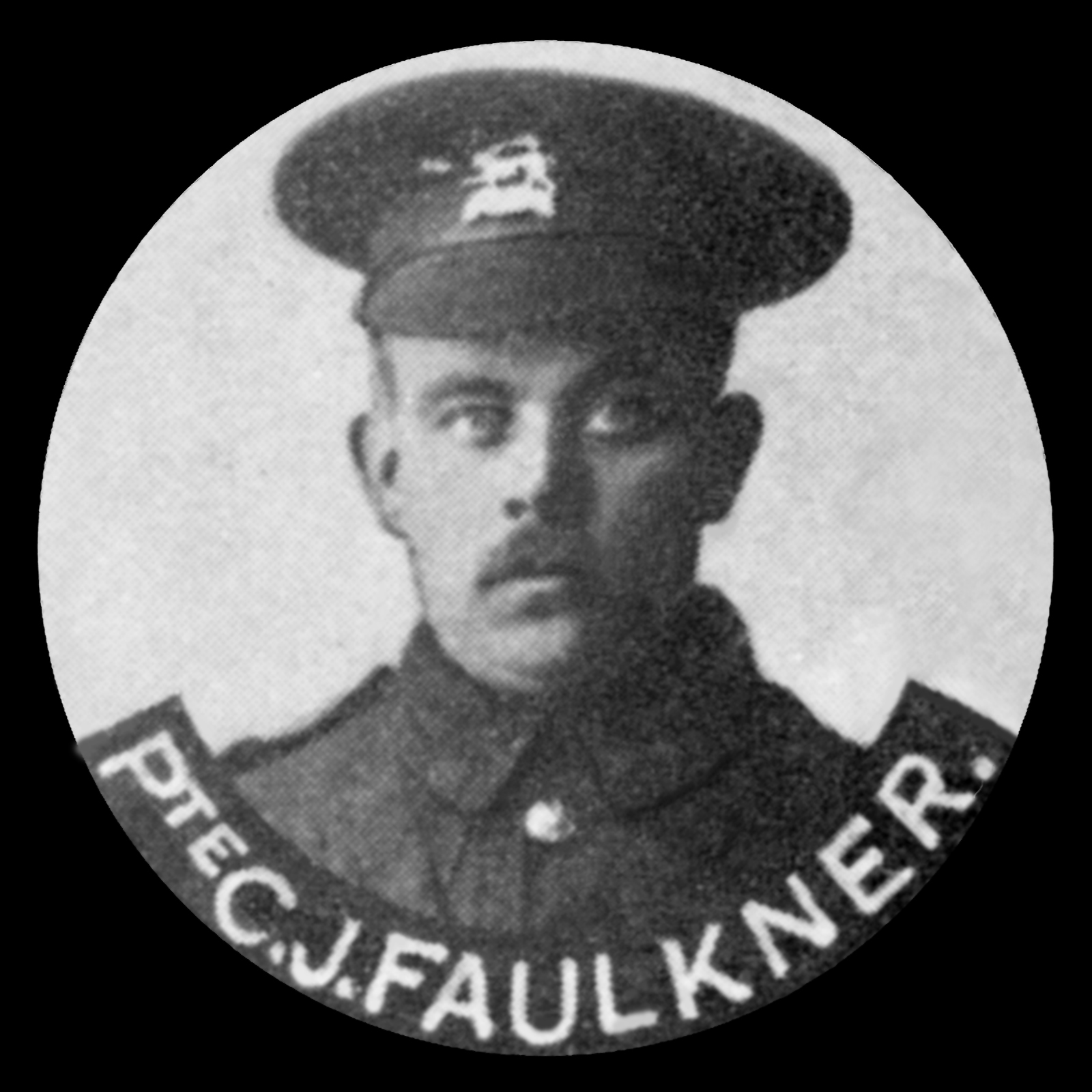 Charles James Faulkner was the son of James William and Mary Arabella Faulkner of Cottesmore. He was born there on 18 May 1894, and Christened in the village on 11 June 1894 at St Nicholas Church where he is now remembered. He was a farm worker before enlisting on 4 June 1916. He went to France on 4 April 1917 with the 1st Battalion Leicestershire Regiment, and was reported 'wounded and missing' on 22 March 1918. He therefore has no known grave, but is remembered on Bay 5 of the Arras Memorial in France, and the war memorial in Cottesmore churchyard. Charles has been researched by Cottesmore's Living Village project, funded by the Heritage Lottery Fund to look at the history of the village. They have discovered some of his relatives still live in Cottesmore. They established Charles died at 0830 on the morning of 22 March 1918, the second day of the major German Spring Offensive, or Kaiserchlacht. Charles and his regiment had just had breakfast in the trenches when they were surprised by the German stormtroopers who killed them all. Two of Charles' brothers, Alfred and James, also fought in the First World War and survived. The Commonwealth War Graves Commission has Charles' age as 24.

With thanks to David Baker for the extra information.