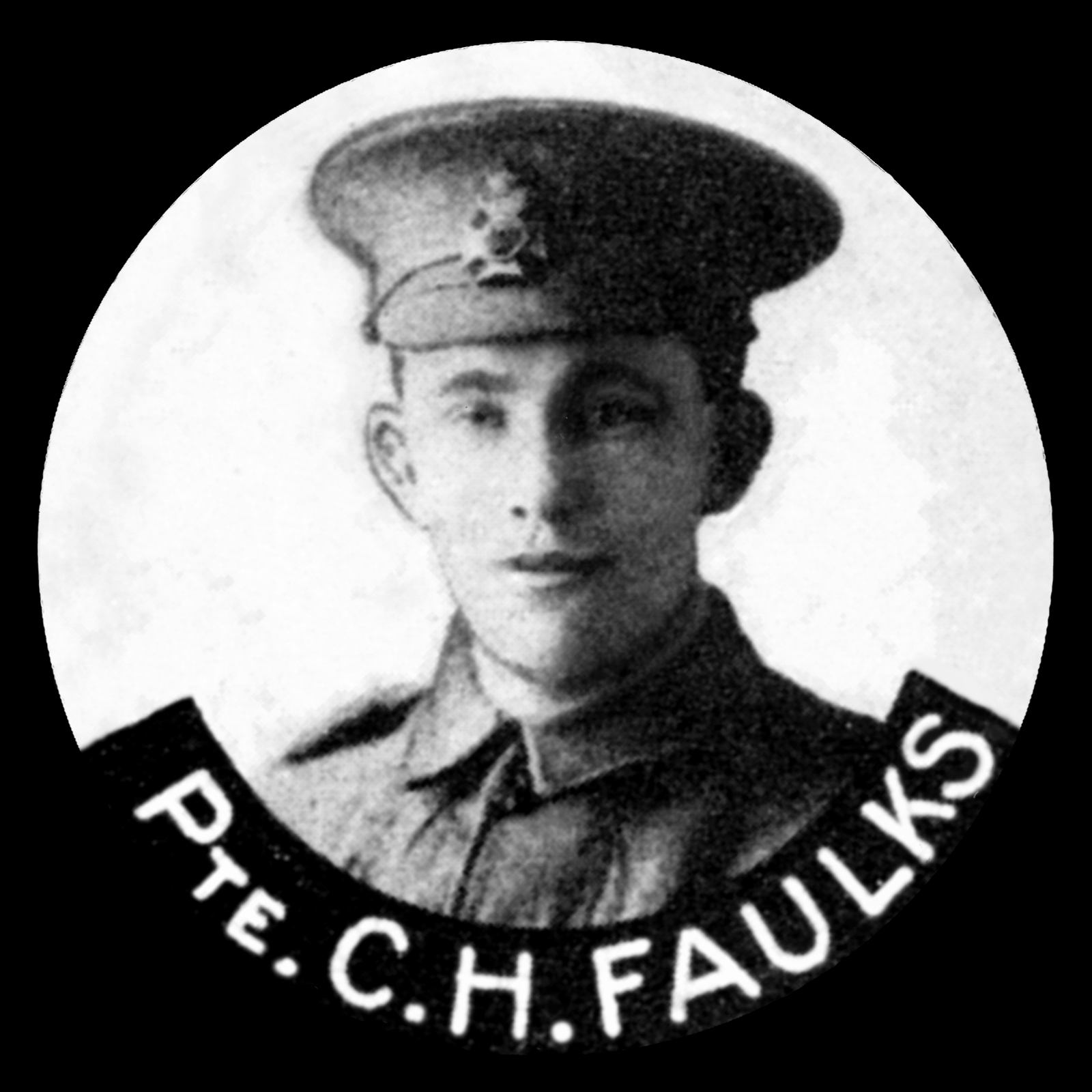 Private Charles Herbert Faulks, known as Chas, was the son of Charles and Fanny Faulks of Whissendine, where he was born on 22 September 1894. He was a footman before joining up on 23 November 1915. Charles served with the 2nd/16th Battalion The London Regiment and was in Ireland during the Easter Uprising before going to France, and subsequently to Salonica, Egypt, and Palestine. He died of wounds on 6 November 1917 while waiting to attack a Turkish position north west of Beersheba. An Officer, writing to his father, said: "His Company was doing advance guard, and consequently had to push on in front of the others. We subsequently got into the Turkish trenches, and I hope it will be some consolation to you to feel that your son gave his life, not in a vain attempt, but in one that was very successful, and was probably more responsible than anything else for the fall of Gaza. Men who show his spirit can ill be spared." Charles is buried at Beersheba War Cemetery, grave N.41, and is remembered on Whissendine's war memorial.