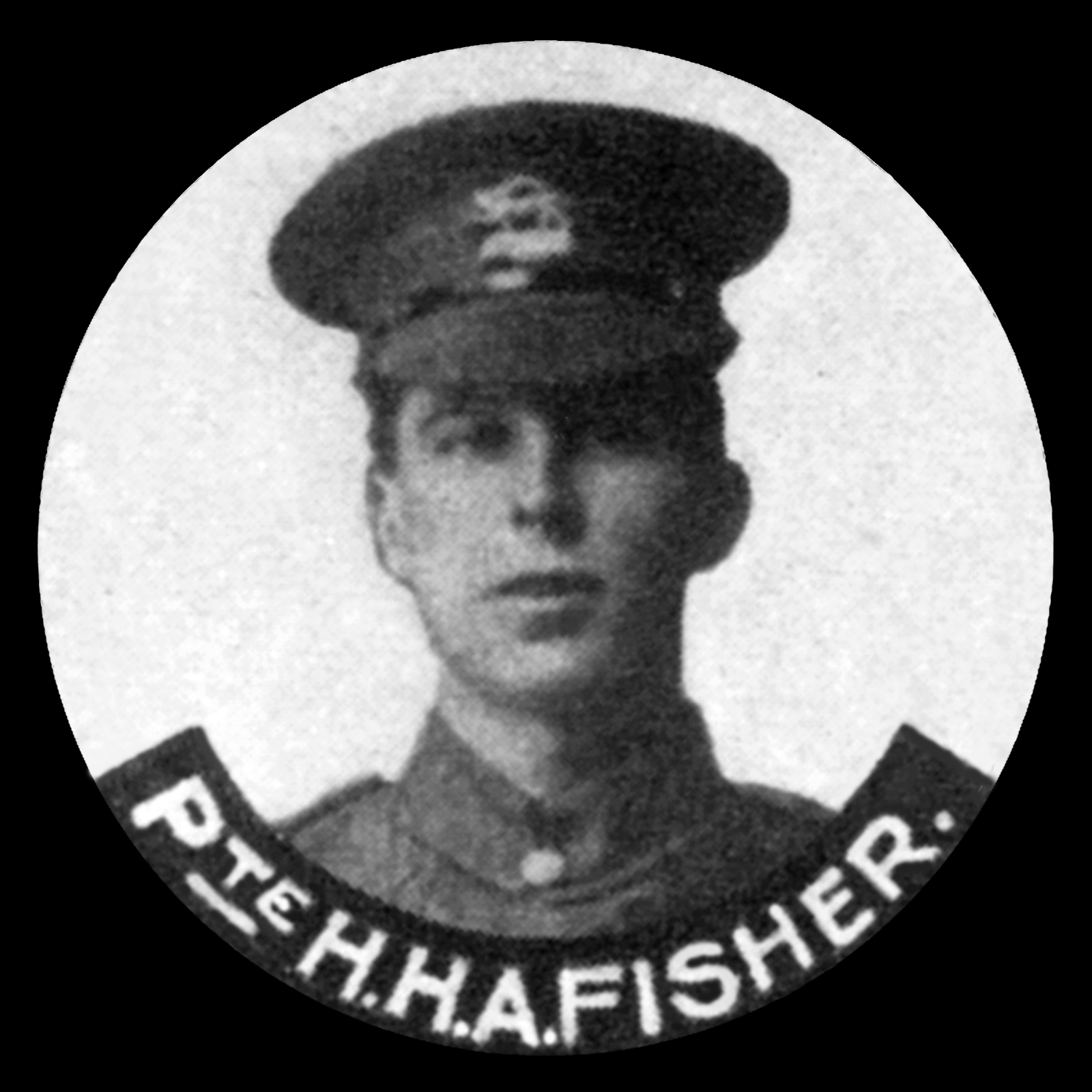 Herbert Henry Andrews Fisher was the younger brother of John William Dalby Fisher who also died in the First World War. They were among 14 men from Dean Street in Oakham to die. Herbert was a son of Frank Fisher and his wife of 41, Dean Street, Oakham. He was born in the town on 25 August 1897, and received part of his education at Sudborough, Northants, before finishing it at Oakham. On leaving school, he first worked for a Mr Charity, a baker, with whom he spent two years, and then went to work for a Mr Hart, a grocer. He was then for some time on Lord Londonderry's estate at Springfield with his brother John, and afterwards was employed by a firm of engineers which was doing work for Lord Lonsdale at Barleythorpe. He was only 17 and a half years old when he volunteered for the army, enlisting on 5 March 1915 into the 3/5th Battalion Leicestershire Regiment. Herbert went to Loughborough for training, and when a bugle band was formed in the battalion, he was one of the first to join. He went out to France on 1 July 1916, the first day of the Battle of the Somme, and, after a time at the base, he was put into an entrenching battalion attached to the 5th Battalion Leicestershire Regiment, and ultimately transferred to the 11th Royal Sussex Regiment. He took part in the Battle of the Somme and was severely wounded by shrapnel in the left hip in fighting near Beaumont Hamel. We think this could have been in an attack on 21 October 1916 when his battalion captured a German front line position known as Stuff Trench. The battalion war diary recorded: "B and C Coys assaulted, A and D Coys reinforced them in the new line. Heavy casualties were inflicted on the enemy and many prisoners taken." The battalion suffered 280 casualties itself. After some days Herbert arrived at the 3rd Canadian General Hospital, Boulogne, but his wound became infected and he died on 30 October 1916. He was buried with Military Honours by the Chaplain-in-Charge at the hospital, in Boulogne Eastern Cemetery, grave VIII.D.157. In a letter to his parents, a nursing sister said: "He was a dear boy, and every inch a soldier; never a word of complaint of what he was going through... I feel proud to think I belong to such a noble race." Herbert is remembered on Oakham war memorial.