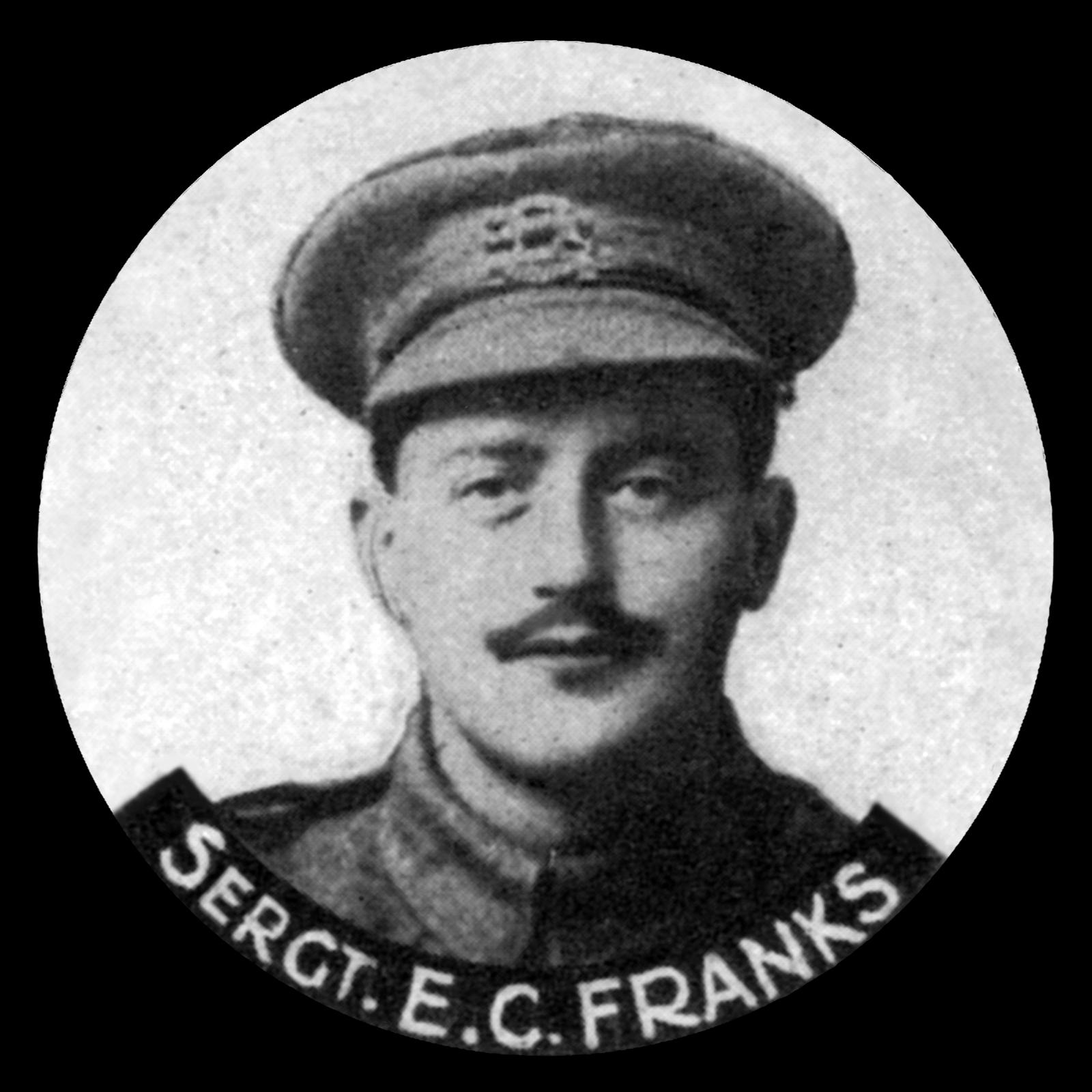 Edward Cartwright Franks was the son of William and Ellen Franks and of 27, Northgate Street, Oakham, and was born on 24 September 1893. At the age of twelve he left the Oakham National Schools, having gained a Rutland County Council Scholarship to Oakham School, initially for two years but while there won a Senior Scholarship. He was a member of the local Scouts, and in January 1911, joined the 5th Battalion Leicestershire Regiment as a Territorial. He worked as a Post Office lineman, and at the outbreak of war had just been appointed lineman at Uppingham after working in Melton Mowbray. He went out to France in February 1915, having been promoted to the rank of Sergeant the previous month, and died of wounds received in action at the Hohenzollern Redoubt during the Battle of Loos on October 13 alongside Captain Edward Langdale. The Redoubt was a strongpoint which the British had tried to capture but were thrown back with heavy losses. It was the first set-piece battle the 5th Battalion had been involved in. Edward was at first officially reported "wounded in action" but it later emerged he had rejoined the fight and was not seen again. He has no known grave but is remembered on four war memorials, on panel 42 of the Loos Memorial in France, on both Uppingham and Oakham war memorials, and in Oakham School chapel..