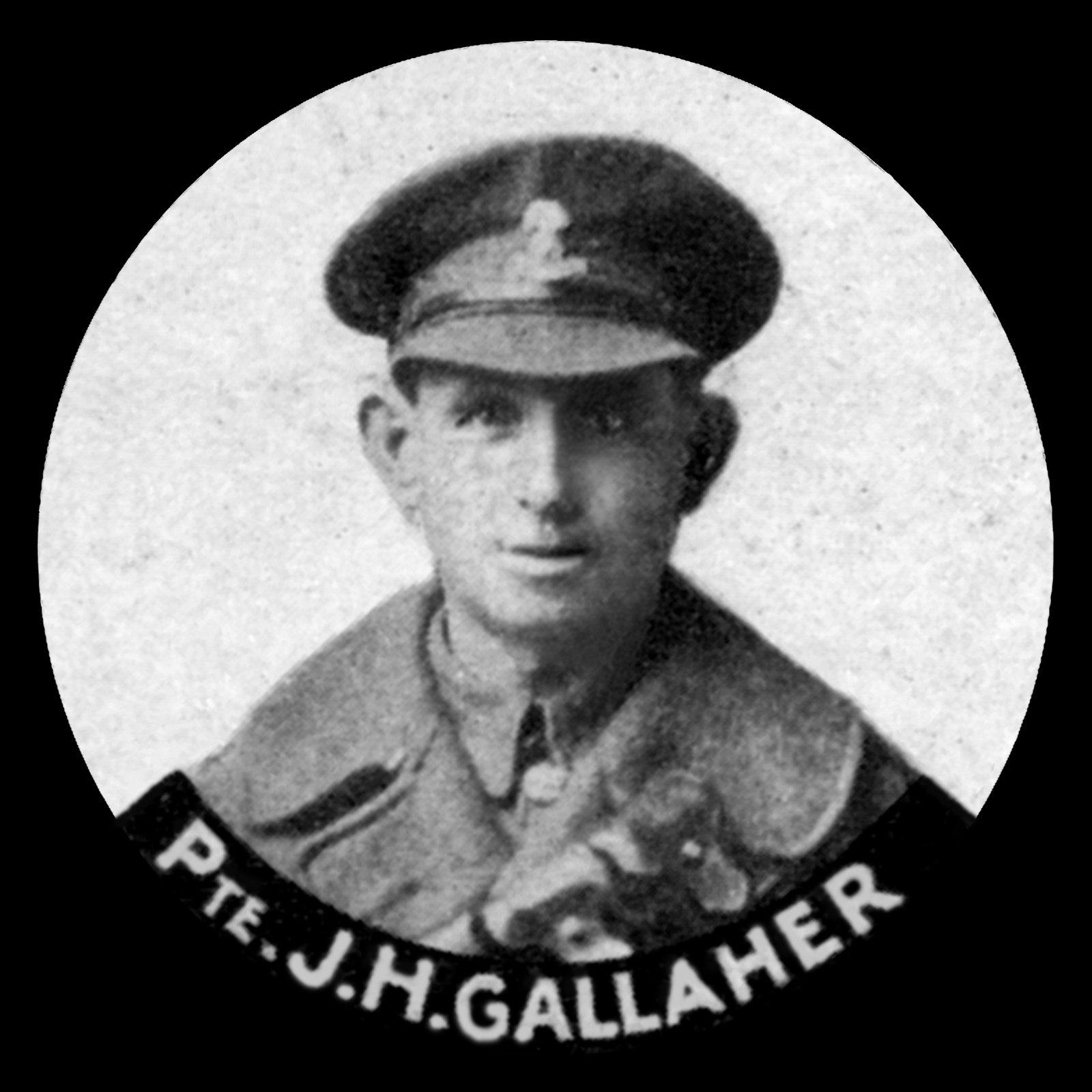 Private John Henry Gallaher was born in Ireland on 25 March 1878 and lived with his wife Annie at 41, King's Road, Oakham. He was a groom employed at the Army Remount Depot, Sysonby, Melton Mowbray, and enlisted aged 38 on 16 October 1916 in the 4th Dragoon Guards. He went out to France on 14 December and was transferred to the infantry, attached to the lst Battalion Royal Dublin Fusiliers. John went through the fighting for Messines Ridge in June 19l7, but was killed at Ploegsteert on 4 September 1918 when he was hit by a machine gun bullet. His officer spoke of him as a "good and gallant soldier." John is buried at Trois Arbes Cemetery, near Bailleul, grave II.P.14, and is remembered on Oakham's war memorial.