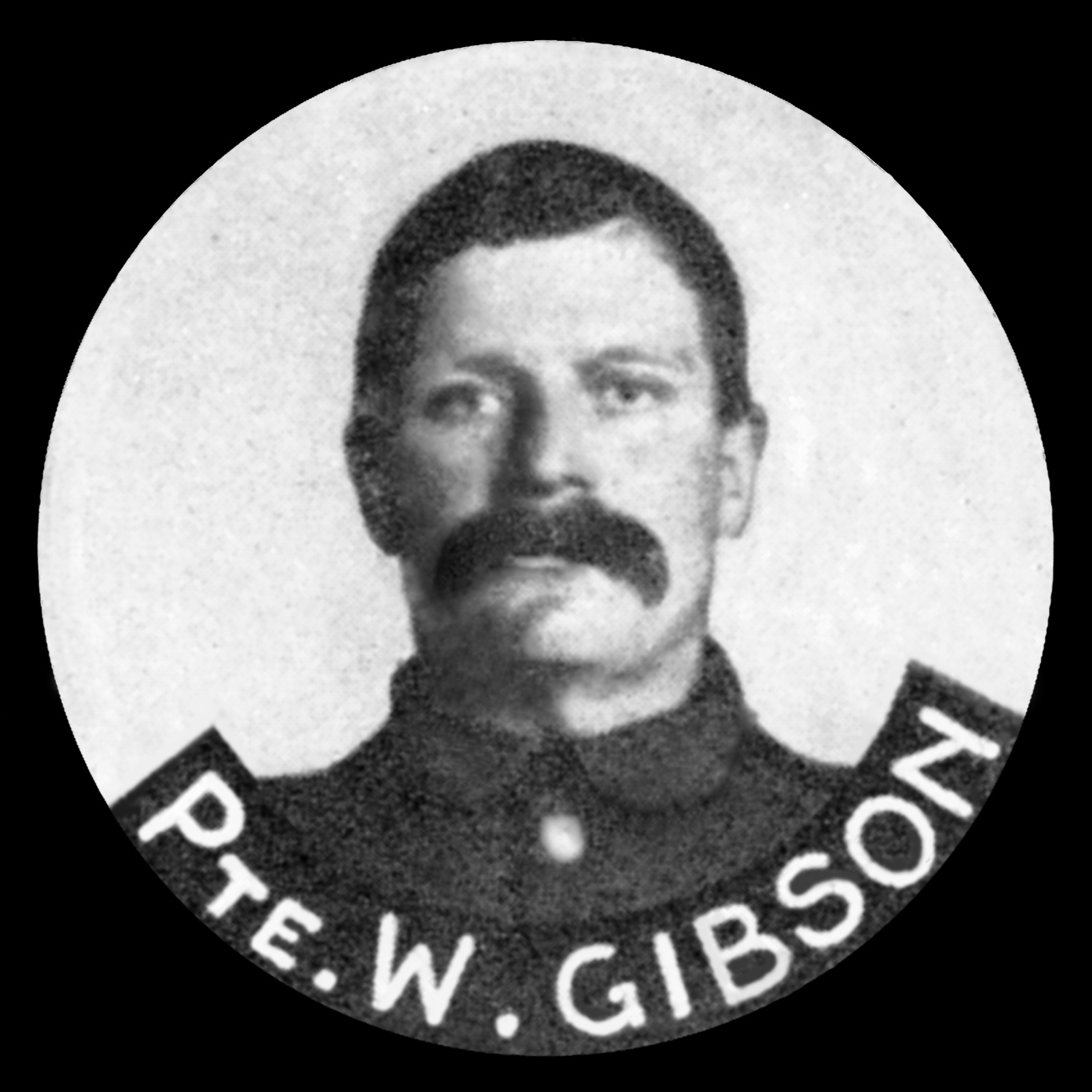 Walter Gibson was born in Whissendine on 6 October 1876, the son of William and Mary Gibson, of Stapleford Road. He was a sub-ganger on the Great Central Railway, and lived with his wife Elizabeth and four children at Calow, near Chesterfield. He joined up in November 1914, enlisting in the 11th Battalion Sherwood Foresters (Notts and Derby Regiment) and was sent to the Western Front on 5 July 1915. He had been out on the front line barely a year before he was killed on 1 July 1916, the first day of the Battle of the Somme, as he took part in an attack on Ovillers. The battalion war diary has this account of what happened: "At 7.45am on the morning of the attack, a message was received that the German First Line was taken, and shortly after the Battalion was ordered to take over our front line vacated by the 9th York and Lancaster Regiment... This was done under fairly heavy shrapnel fire... It had been arranged that the Left Centre Company 1st Wave was to file straight out of a sap and occupy a bank about 70 yards in front of our own front line. A very heavy machine gun was brought to bear on this wave from the left flank and the enemy front line which had apparently been reoccupied by use of underground galleries from the enemy 2nd line after the assaulting Battalion had passed over... Casualties along the whole line were very heavy, and a general attempt was made to crawl forward under intense machine gun and shrapnel fire, any available cover being made use of." The attack had been a catastrophic failure and had resulted in the Foresters losing 737 men, killed wounded and missing. At the end of the day, Ovillers was still firmly in German hands. Walter was one of those who died. According to a friend's account, he was shot in the hand during the advance, and then while attempting to crawl back to his lines, the enemy's machine guns completely riddled him with bullets from their position on their parapets. Walter now lies buried nearby, in Blighty Valley Cemetery, Authuille Wood, grave V.A.13, and is remembered on Whissendine's war memorial. He was one of eight Rutland men to die in action that day.

Memorial silk to Walter Gibson and letter from his commanding officer to his wife informing her of his death.
By KB on Monday 19th April '21 at 7:29pm