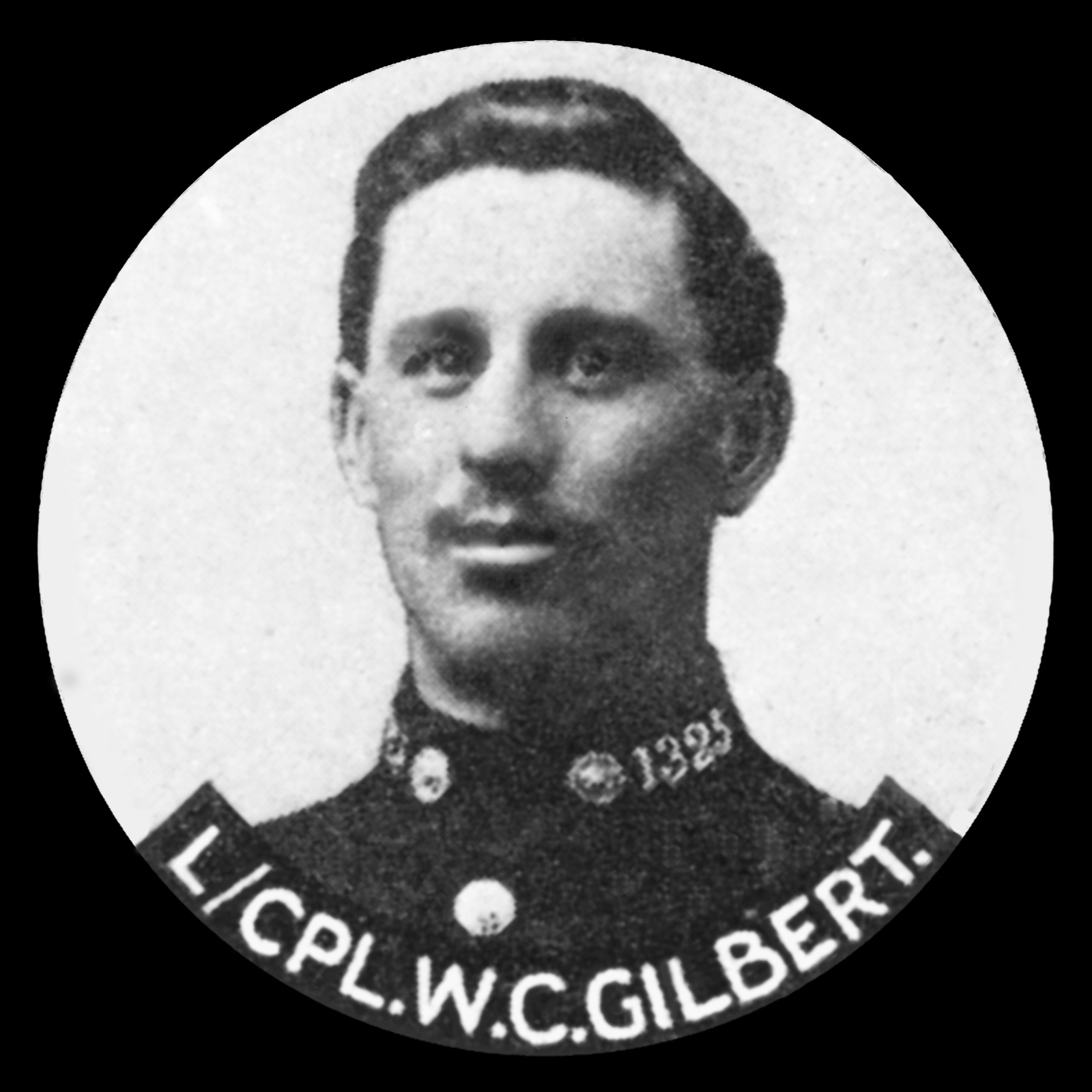 Lance Corporal Walter Charles Gilbert was probably the first Rutland soldier to be sent to France when the First World War broke out. He was a career soldier, having joined up on New Year's Eve in 1907, and had seen service in Egypt with the King's Royal Rifle Corps. He was born in Nuneaton, but moved with his family to Belmesthorpe where he lived with his wife Cicely. Walter set off with the original British Expeditionary Force on 5 August 1914, the day after war broke out. He was killed by a shell at Loos on 25 September 1915. The memorial in Ryhall Church has his death as September 1916 but the CWGC confirms the date as 1915. With no known grave, Walter is remembered on panel 101 of the Loos Memorial