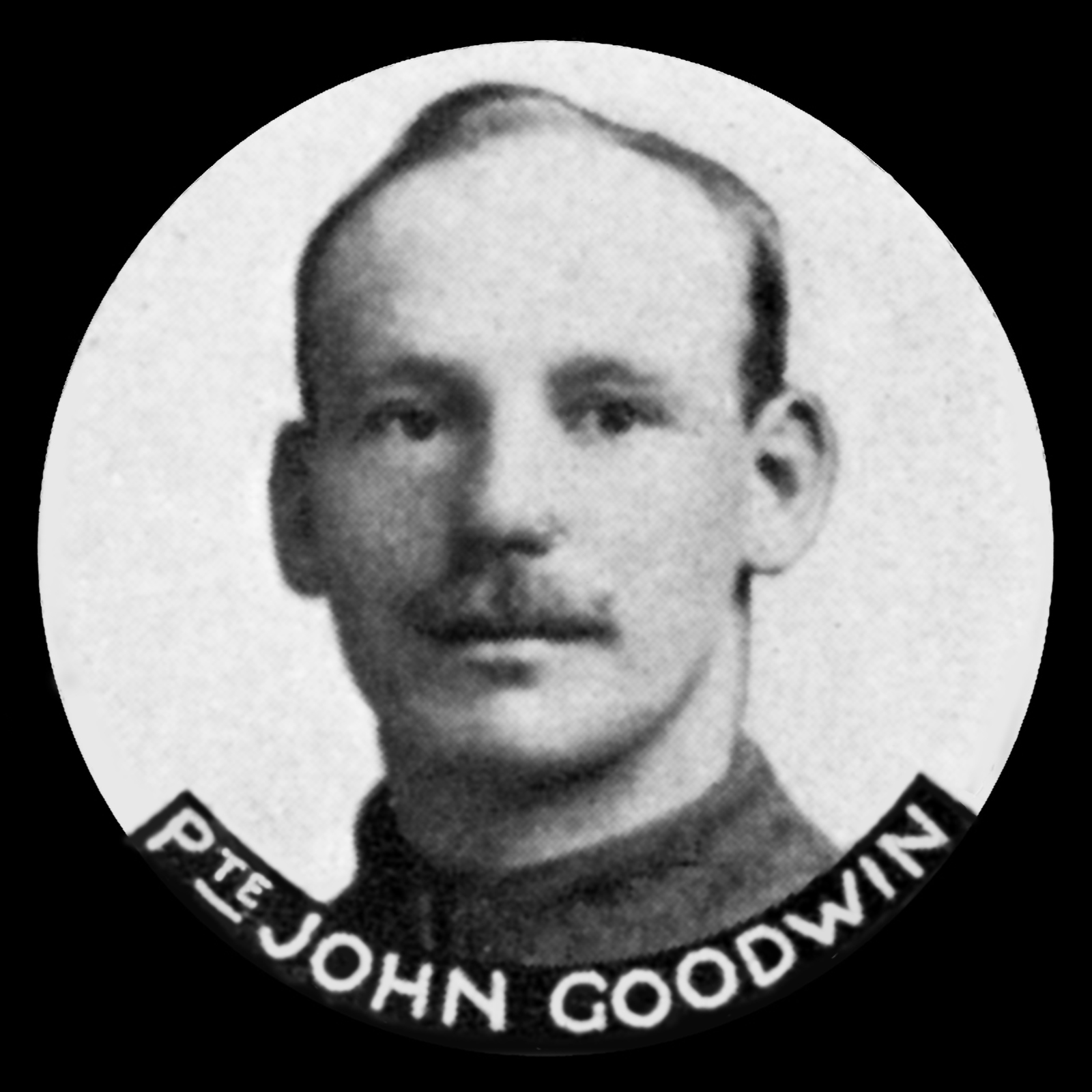 Private John Goodwin and his brother Fred enlisted in the Army together and were both fatally wounded on the same day during the Battle of the Somme. The Goodwins are one of three sets of brothers from Ayston to die in the First World War. They were the sons of John and Harriet Goodwin and his wife who had 12 children altogether. John Jnr was born on 9 June 1888. Before enlisting into the Leicestershire Regiment in March 1916, he worked as an electrican at various military camps, including Belton Park in Nottinghamshire. He went out to France on 9 August 1916 and served in the 9th Battalion, while Fred served with the 6th Battalion. John went into action almost straight away and was killed in the advance on Gueudecourt during the Battle of the Somme on 25 September 1916, while his brother was seriously wounded in the same attack and later died in hospital in England. The 9th Battalion had formed up in front of Gueudecourt in New Trench and Gap Trench east of Flers the night before. The attack was to be carried out on a two platoon frontage in eight waves, at 250 yard intervals. The battalion war diary reports: "The morning was spent making final preparations for the attack. Enemy shelling not heavy and a few casualties were sustained. Waves formed up in front of trenches. Advance commenced...enemy immediately commenced an extremely intense and deep barrage. First two platoons of D Coy reached Gird Trench but sustained heavy casualties. All Coy officers becoming casualties...Remnants of first two waves of C Coy reached Gird Trench but owing to machine gun fire on the right and the brigade on the right having failed to take Gird Trench, the party were all killed or wounded." The diary says a tank supported by a bombing party eventually cleared Gird Trench and took more than 350 prisoners. A comrade stated he was close to John at the time he was killed, in a bit of sunken road they had managed to get to after advancing 200 yards. John was hit by three machine gun bullets, and killed instantly. John has no known grave and so he is remembered on Pier 3A of the Thiepval Memorial and also in Ayston Church, on the war memorial with his brother.