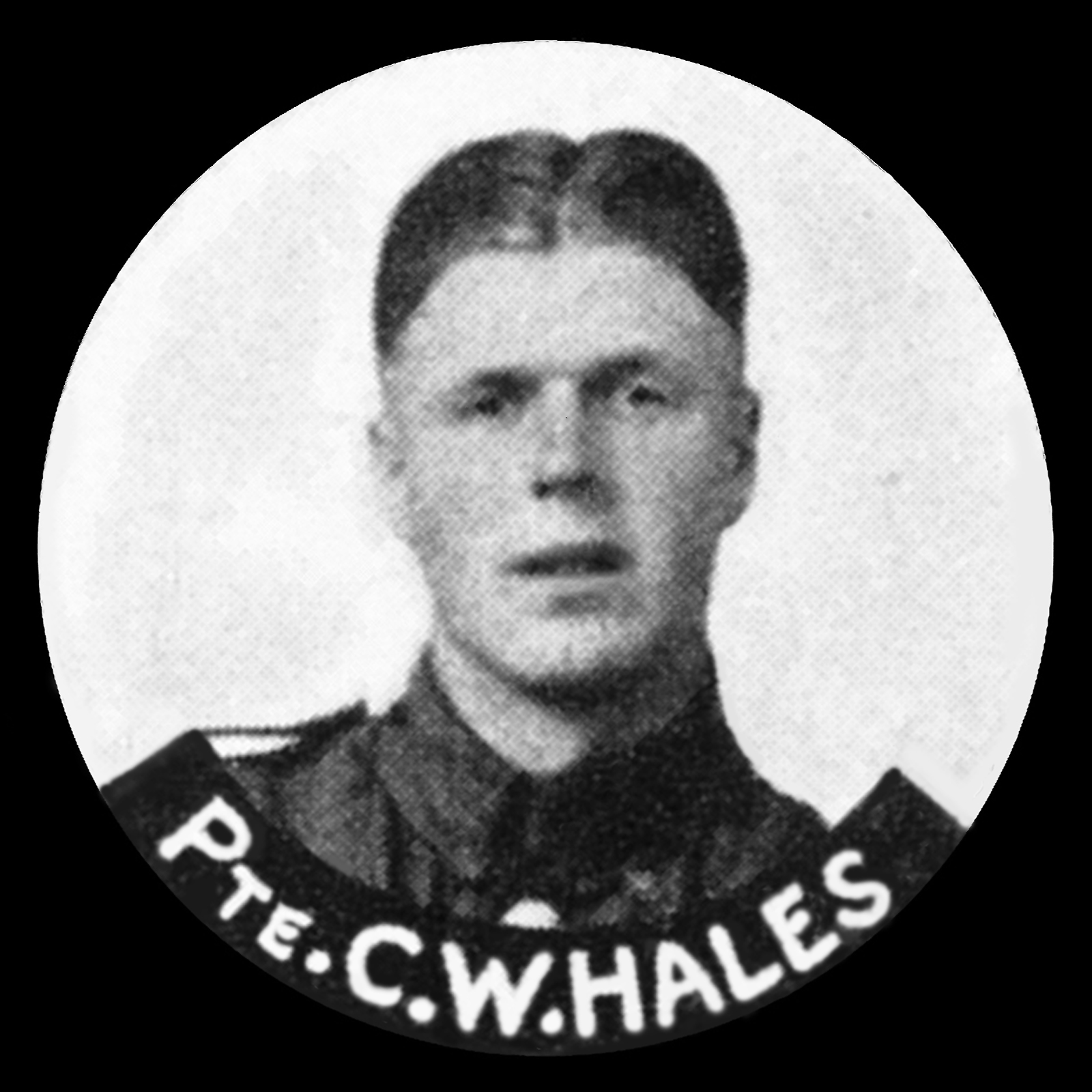 Charles William Hales and his brother Wallace John both died in the First World War, one of more than forty sets of brothers from Rutland to be killed. He was born on 17 February 1895 and lived in Edith Weston. He was a footman before joining up in September 1914, and in June 1915, was sent to Gallipoli with the Hampshire Regiment. Charles was reported missing on 21 August, and it was afterwards presumed by the War Office that he was killed on or about that date. Neither Charles nor Wallace have a known grave. Charles is remembered on panel 131 of the Helles Memorial along with many of those who fell at Gallipoli, and both brothers are remembered on Edith Weston's war memorial. They are also both remembered on family memorials in Edith Weston's cemetery.