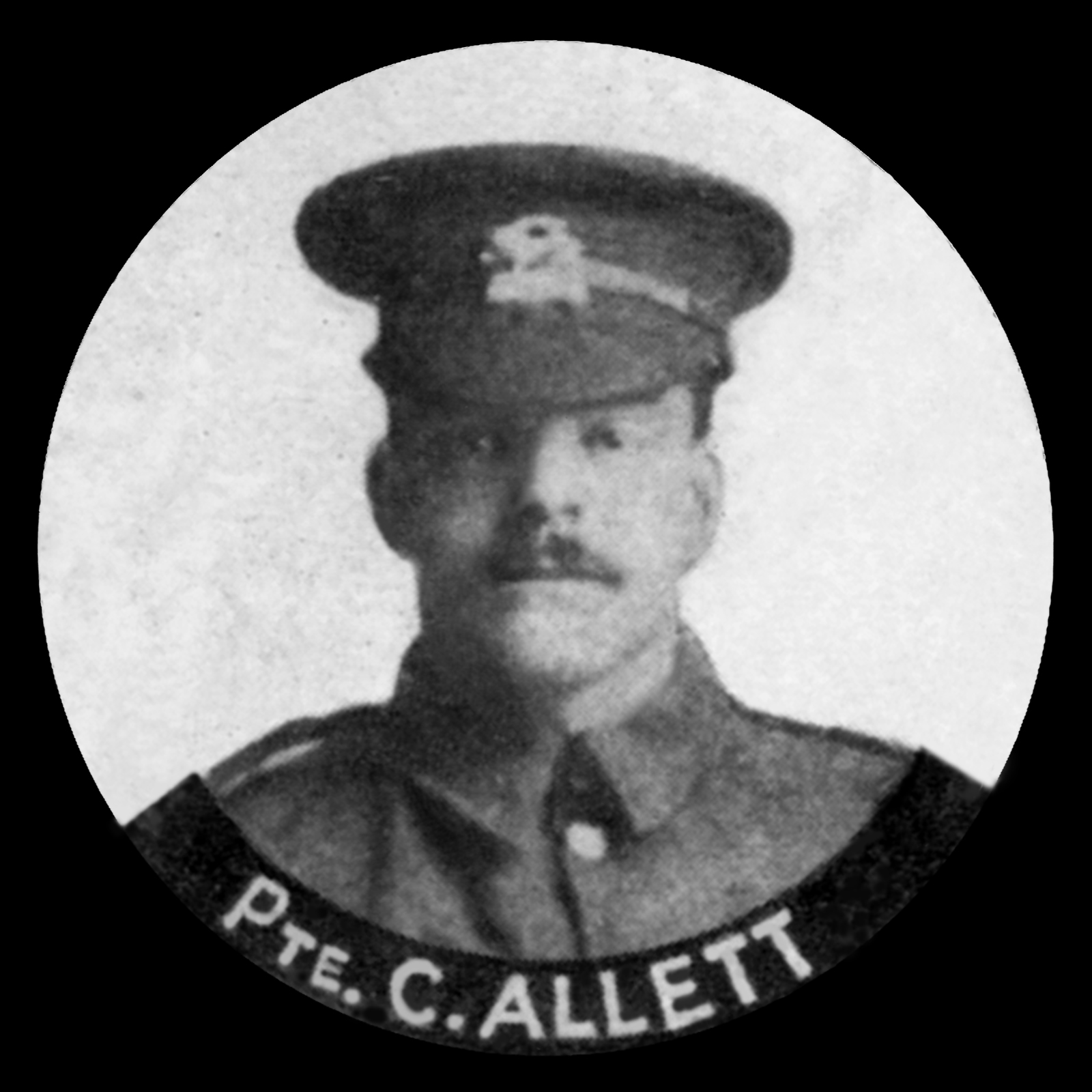 Private Cecil Allett was the elder brother of Bertie Harold Allett who was also killed in the First World War. He was born at Brooke on 27 July 1890 to John and Emma Allett who later lived in Gas Street, Oakham. Cecil was a farm worker at the time of his enlistment into the 8th Battalion Leicestershire Regiment on 27 January 1916. He went to France on 30 May 1916 and was killed by a bullet four months later on 25 September 1916 during the Battle of the Somme. His battalion, which had formed up in trenches east of Flers, was attacking Gueudecourt with the aim of capturing the first German line. The war diary records: "The attack was made in waves, each platoon forming a wave and two waves going over at a time. The attack was launched with splendid heroism. The first objective was gained in about three quarters of an hour, the men then stopped a short time to consolidate and to allow the artillery barrage to lift. They then pressed on to their second objective which was the village of Gueudecourt. By the time they reached the village they were sadly thinner by the tremendous artillery barrage the enemy put up, and by machine guns which wrought terrible havoc. Nevertheless, with dauntless gallantry they pressed on, reaching the village and engaging the enemy with hand-to-hand fighting which took place all the night." Cecil has no known grave and so is remembered on Pier 3A of the Thiepval Memorial as well as on Oakham's war memorial.