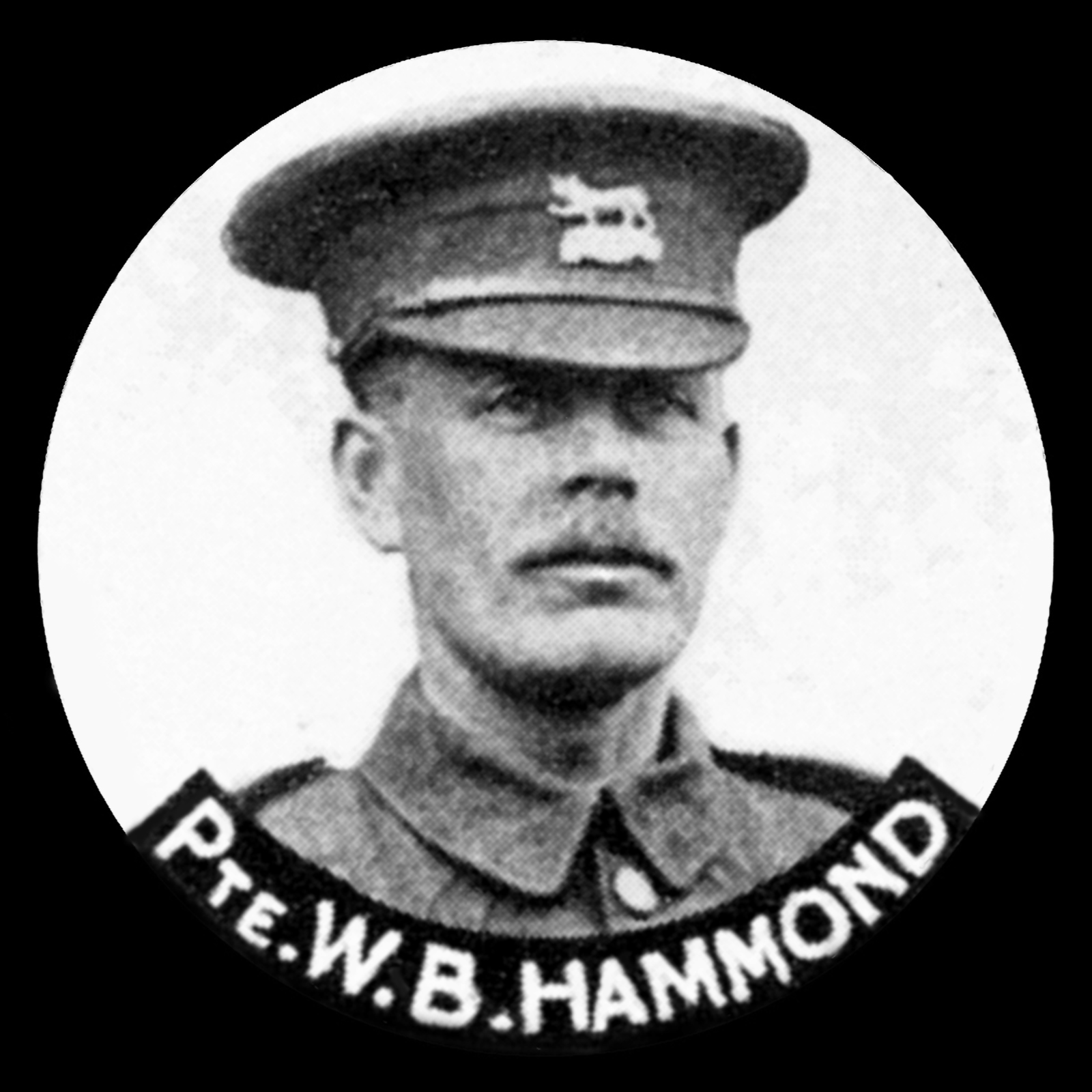 William Bent Hammond was born in Ely in Cambridgeshire on 6 April 1881 but moved to Empingham. He was living there with his wife Mary and their child in Mill Lane before the First World War. He was a horseman on a farm before joining up on 5 November 1915, enlisting in Loughborough. William went to France on 29 November 1916, and served until 30 November the following year when he was killed by a shell while serving with the 1st Battalion Leicestershire Regiment. He is buried at Flesquieres Hill British Cemetery, France, grave VIII.I.1, and is remembered on Empingham's war memorial. Another Empingham soldier, Charles Read, died on the same day but in a different engagement.

The grave of Mr Hammond
By John Stokes on Wednesday 12th November '14 at 1:30pm
A Rutlander, living in Belgium