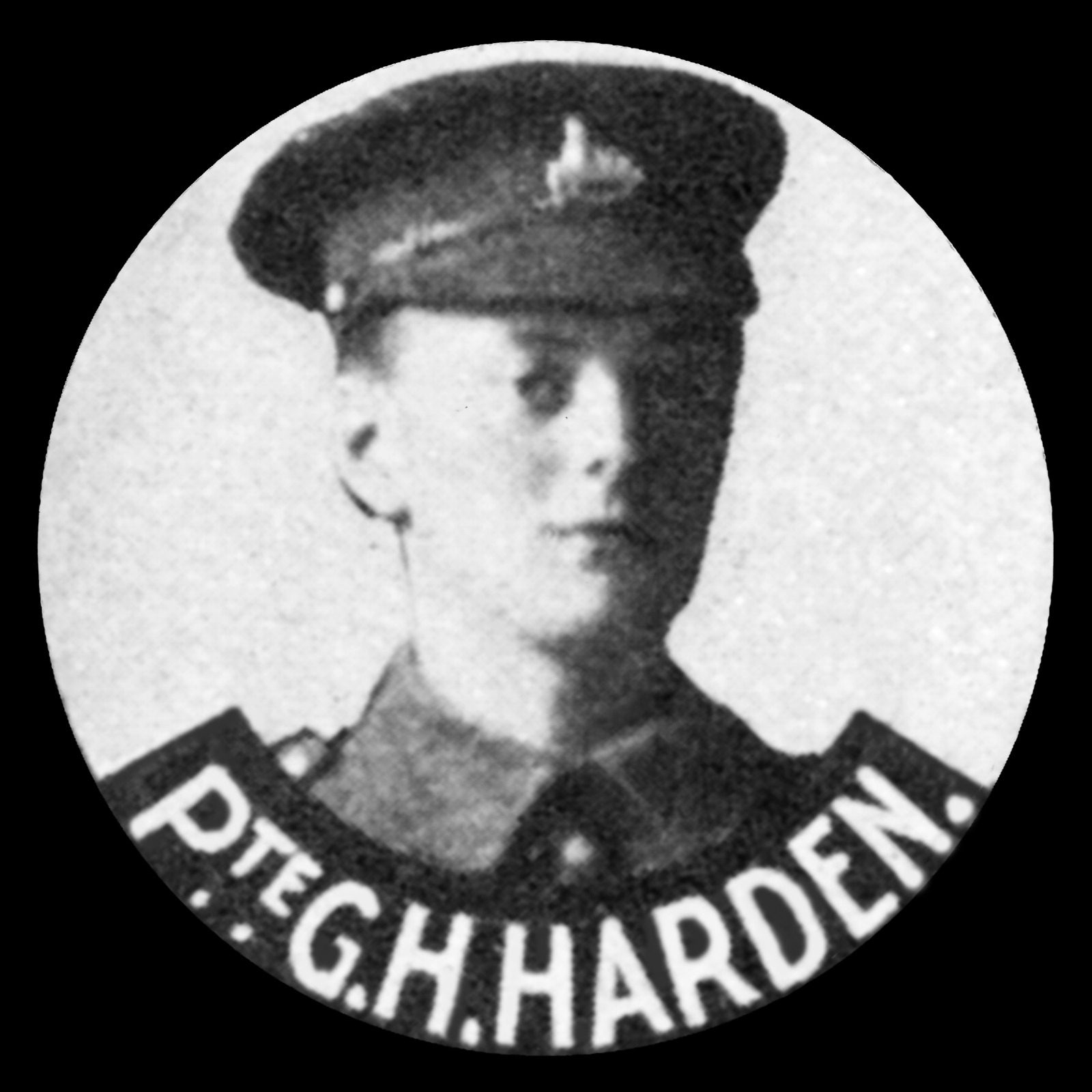 George Harry Harden was born in Tinwell on 5 April 1896, the son of Alfred Harden. He worked as a fitter, and joined up on 9 November 1914, aged 18. He went out to France on 24 June 1915 with the 1st/4th Battalion Lincolnshire Regiment, and was killed less than four months later at the Hohenzollern Redoubt during the Battle of Loos on 13 October. A friend of George, writing to his father, said he was shot in the neck, and he put a bandage round it and dragged him to safety, thinking he might be picked up. He was never seen again and it is thought he may have been buried by shell fire. The Chaplain, in a letter to George's father informing him that his son was reported missing, said he took part in the attack on 13 October, and had not since been heard of, and he feared he must be numbered amongst the gallant men who fell in that part of the line which later on had to be evacuated. George is remembered on panel 33 of the Loos Memorial and also at the church in Tinwell.