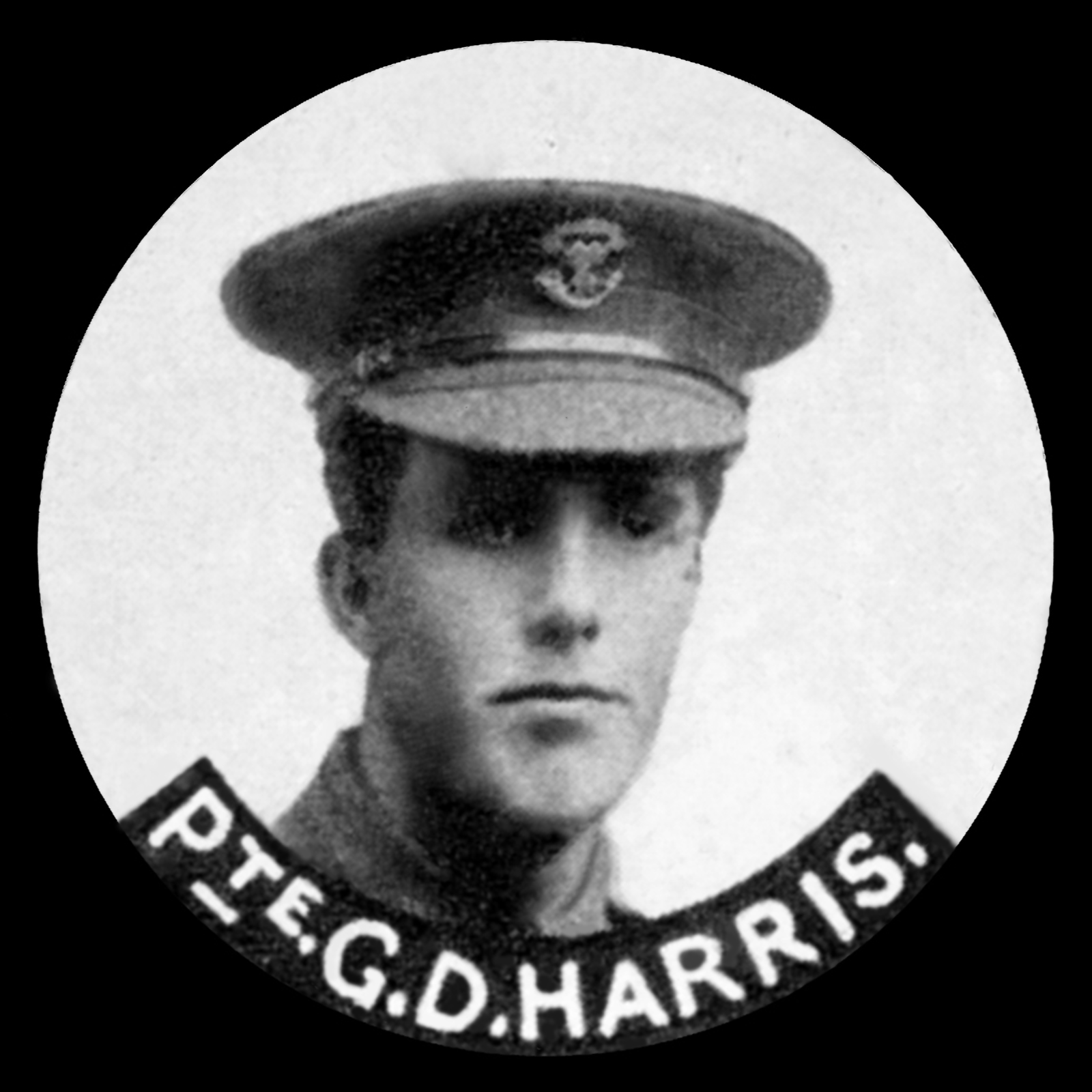 George Daniel Harris was killed just two weeks after arriving in France. He was born in Great Casterton on 13 August 1894, the son of J W Harris and his wife. He enlisted in September 1914, answering Lord Kitchener's call for men to join up, and went to the Western Front a year later on 10 September 1915 with the Somerset Light Infantry. Almost immediately his 8th Battalion was thrown into the Battle of Loos, which opened on 25 September. The battalion found itself pinned down in the road lining Chalk Pit Wood for several hours under a fierce German artillery barrage. An officer wrote: "The shells ploughed the men out of their shallow trenches as potatoes are turned from a furrow." George was reported missing and his body was never found. He is remembered on panel 39 of the Loos Memorial. He is also remembered on a plaque which was once inside Toll Bar Methodist Chapel but is now in All Saints Church, Little Casterton.