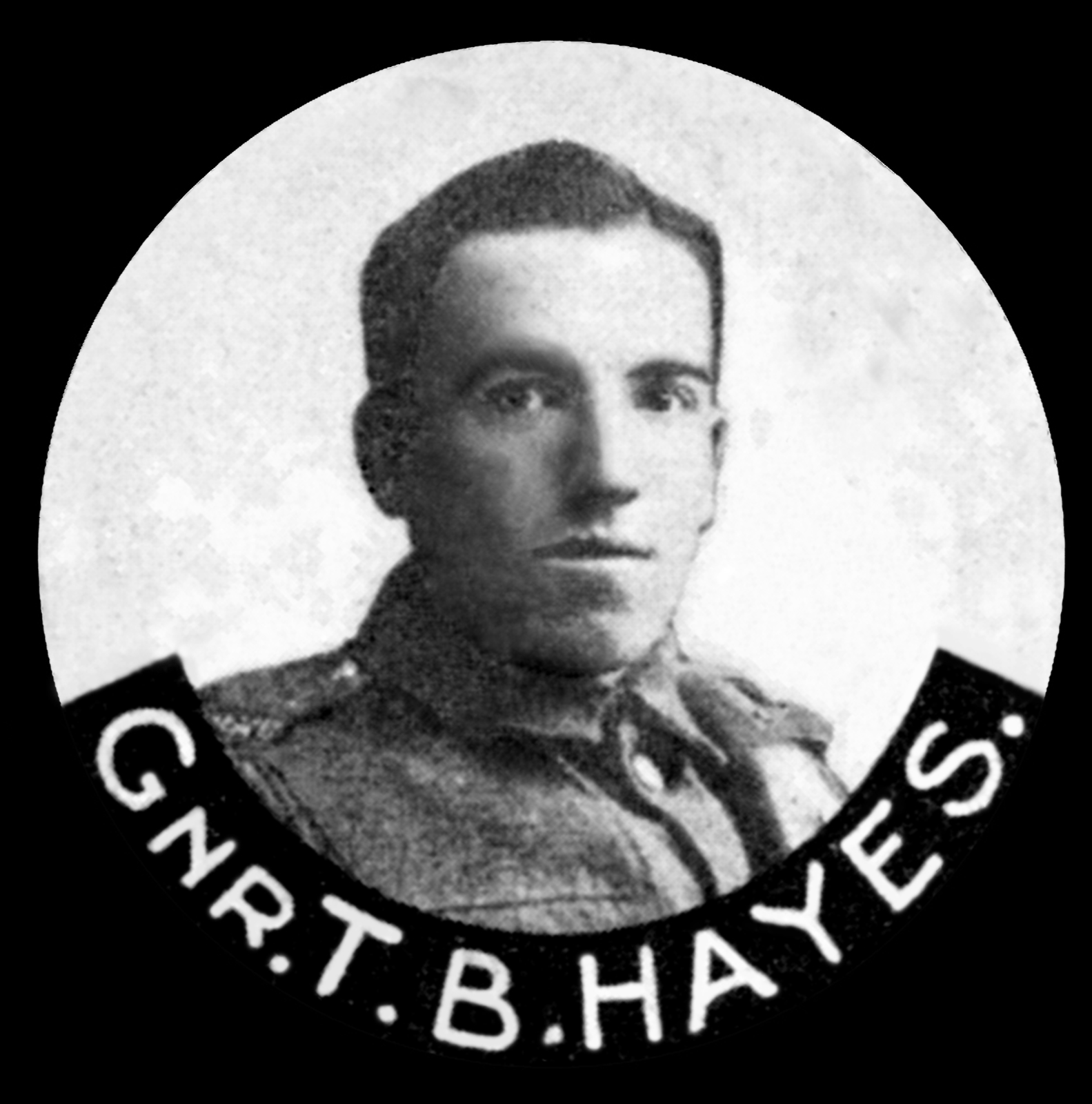 Gunner Thomas Bernard Hayes, Royal Garrison Artillery, died from the effects of gas poisoning six months after the war ended. He was the son of Edward Hayes and his wife of Whissendine and was born on 4 June 1895. Thomas worked with his father as a butcher and grazier.  He enlisted on 25 November 1915, but wasn't called up to serve until 17 August 1916. He got married to Elizabeth in December 1915, and their son Thomas was born in September 1917. He went to France on 10 January 1917, and took part in the fighting at Arras and Ypres. Thomas was severely gassed at Ypres in August, but went into the line again on Christmas Day 1917. He was gassed again in August 1918, and was discharged from the army the following January. His discharge records mentioned how he was still suffering from the effects of the gas poisoning. Thomas died at home on 2 April 1919. As a boy, Thomas was in the Parish Church Choir for several years. A memorial service was held in St Andrew's Church and Thomas was buried in the churchyard. He is remembered on Whissendine's war memorial.