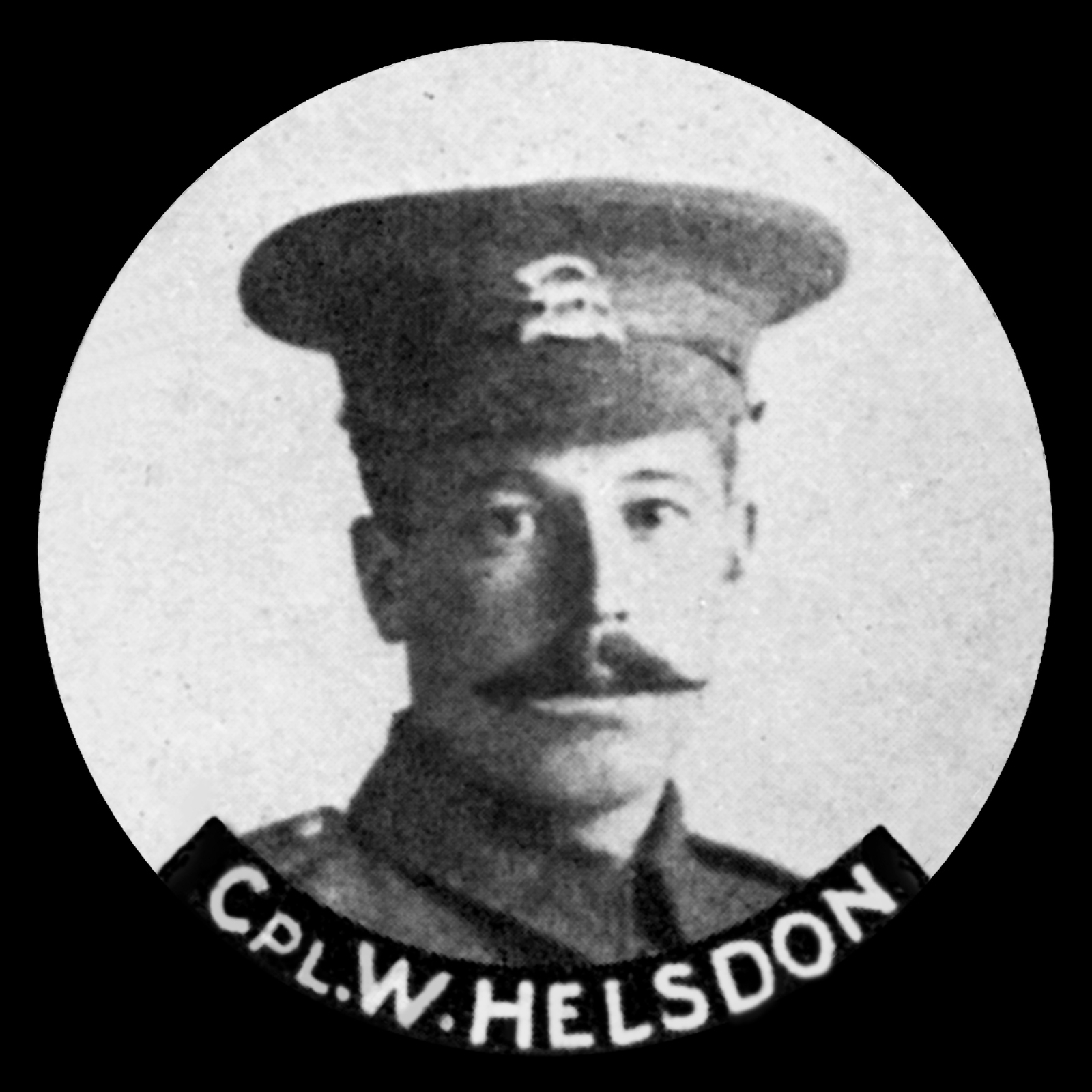 William Helsdon was born at Oakham on 18 August 1883. He was married, to Elizabeth, and had one child. He was a member of the Oakham Company of the Leicestershire Territorials, and when war broke out he volunteered to serve abroad with the 5th Battalion Leicestershire Regiment. William went out to France on 28 November 1914. On 10 March 1915, his battalion attacked the village of Neuve Chapelle. His company managed to enter the village and dug in beyond it. Three days later William was sitting in a small ditch smoking, with two other men, when suddenly he fell over. He had been shot and killed by a German sniper with the bullet going through his arm and stomach. The sniper was afterwards killed by a British officer. William was buried on the battlefield near where he fell but after the war his body was never recovered and he is remembered on Panel 11 of Le Touret Memorial in France, and on Oakham's war memorial. After the war his widow was recorded as living at Stathern, Melton Mowbray.