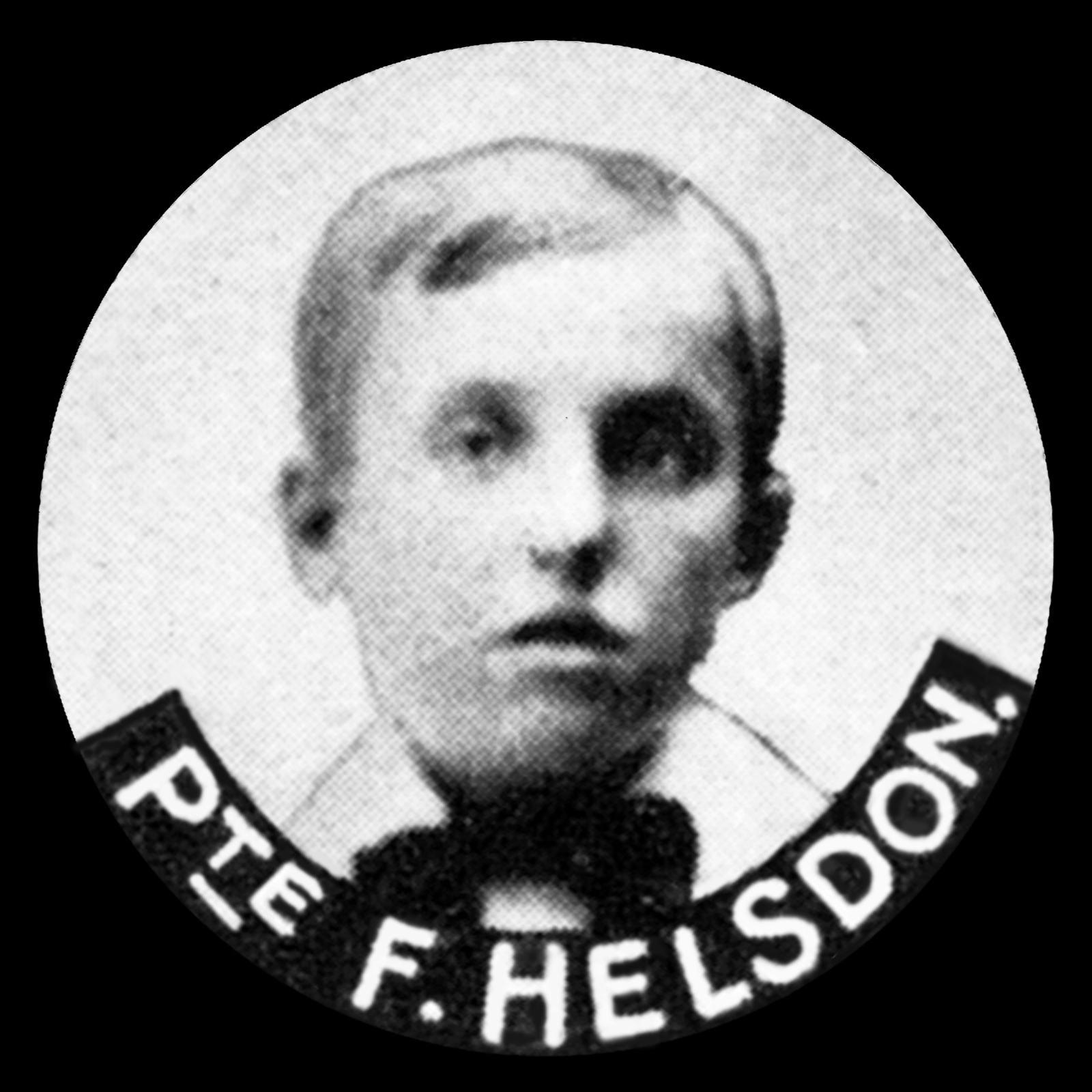 Frank Helsdon was born in Oakham on 9 July 1898 the son of John and Mary Helsdon of Gas Street. He died almost exactly 19 years later, just two weeks after his birthday and before he had a chance to be sent to France. He worked in a boot factory before joining up on 30 February 1917, serving with the 1st Garrison Battalion of the Leicestershire Regiment. Frank died from sickness at Hull on 20 July 1917. He is buried at Oakham Cemetery, grave 52.22.  His CWGC headstone was replaced in late 2015 with a new longer lasting marble one. The CWGC spells his name Helsden. It can be found towards the bottom of the cemetery on the left hand side, and close to two other First World War casualties buried there; Arthur Brader and William Clarke. Frank is remembered on Oakham's war memorial.