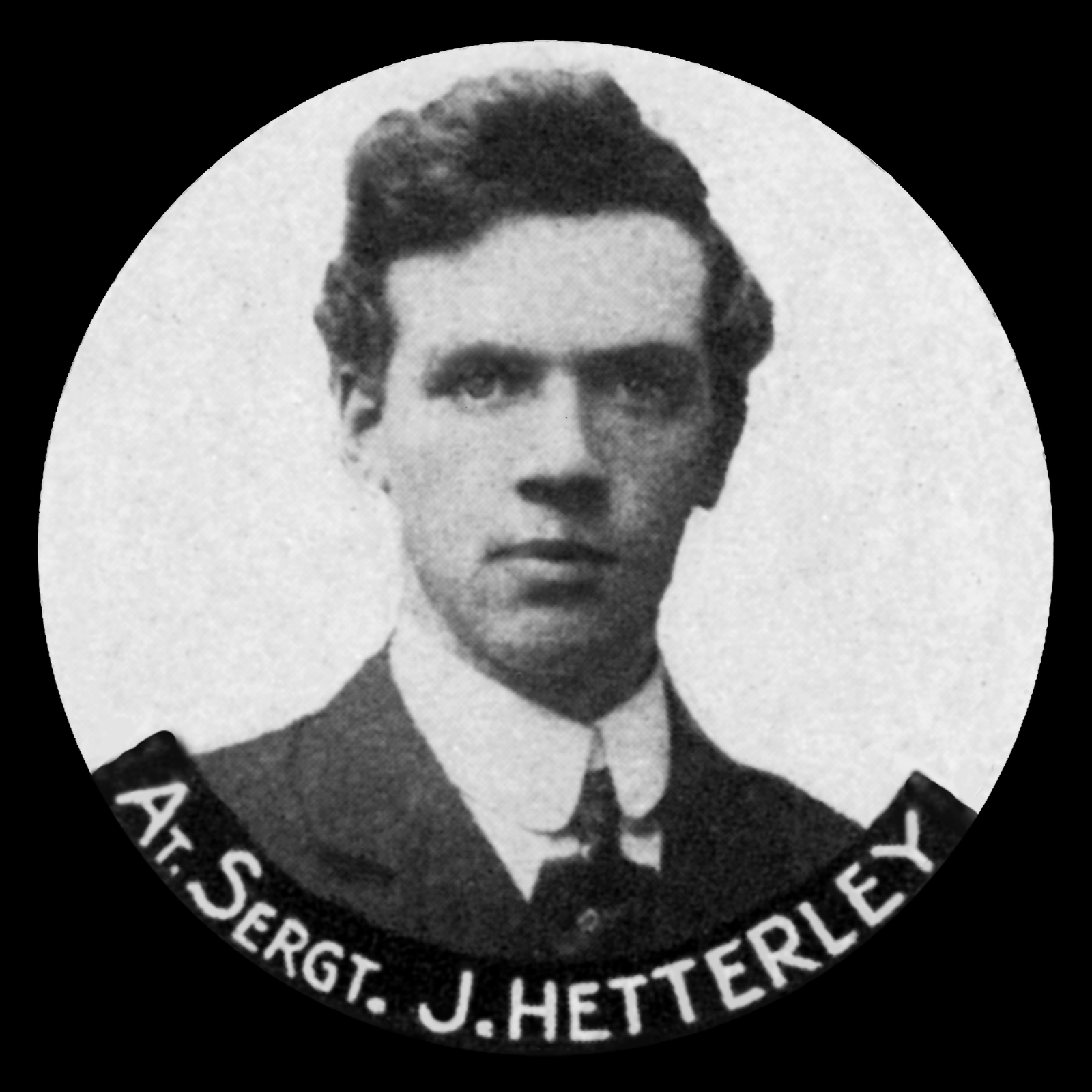 Sergeant Joseph Hetterley, of the 2nd Northumberland Field Ambulance, and his cousins Helen Hetterley, a nurse, and William Pickering all died in the First World War. Two of Joseph's brothers also fought but survived. Joseph was born at Oakham on the 13 November 1888, and lived with his wife Annie at 1, Cross Street in the town. He was one of ten children of William and Maria Ann Hetterley who lived at Bedehouse Row. Joseph was a motor mechanic before joining the Army Service Corps on 29 March 1915 and becoming an ambulance driver with 3rd Northern Field Ambulance. He was quickly made Corporal in April, and promoted Acting Sergeant in June. He went out to Western Front on 19 April 1915 and served during the Second Battle of Ypres before being killed by a shell at Armentieres on 19 July, all within four months of enlisting. Lieutenant W Sutcliffe, in a letter to Mrs Hetterley, said her husband was killed in action whilst carrying out his duties near the advanced dressing station of the 3rd Field Ambulance, and added: "Sergt. Hetterley was attached to my company as a motor driver at Grove Park on 8 April 1915, and it was not long before his outstanding abilities obtained promotion to rank of Corporal. After carrying out his duties in such rank for a short time, a Sergeant's vacancy occurred, and, being the best man available, he was again promoted to rank of Acting Sergeant, this, afterwards, being more than justified by his devotion to duty, and ever readiness to carry out orders under most difficult and trying conditions. He had Charge of 11 Section of seven ambulances during the second Battle of Ypres, and his conduct during that terrible time was so marked as to warrant its being brought before the notice of the Assistant Director of Medical Services, who, I may say, was greatly grieved upon hearing the sad news. He was trusted by his officers, and regarded by them as the best Sergeant in the company, whilst his men always showed devotion. One bright feature is always the thought that he died as a true soldier would for his King and Country. Three officers and two of the drivers in his section bore him to his grave, and an oaken cross is being made by his comrades in the workshops in memory of a great loss. The place of his burial is on a quiet country road near here." Joseph now lies in Strand Military Cemetery, grave IX.F.5, and is remembered on the war memorial in All Saints' churchyard, Oakham as well as on a plaque in the Baptist Church. His cousin Helen is buried at Oakham Cemetery.

Some pictures of Mr Hetterley’s headstone, taken 12 April 2015.
By John Stokes on Wednesday 15th April '15 at 7:02pm
A Rutlander, living in Belgium