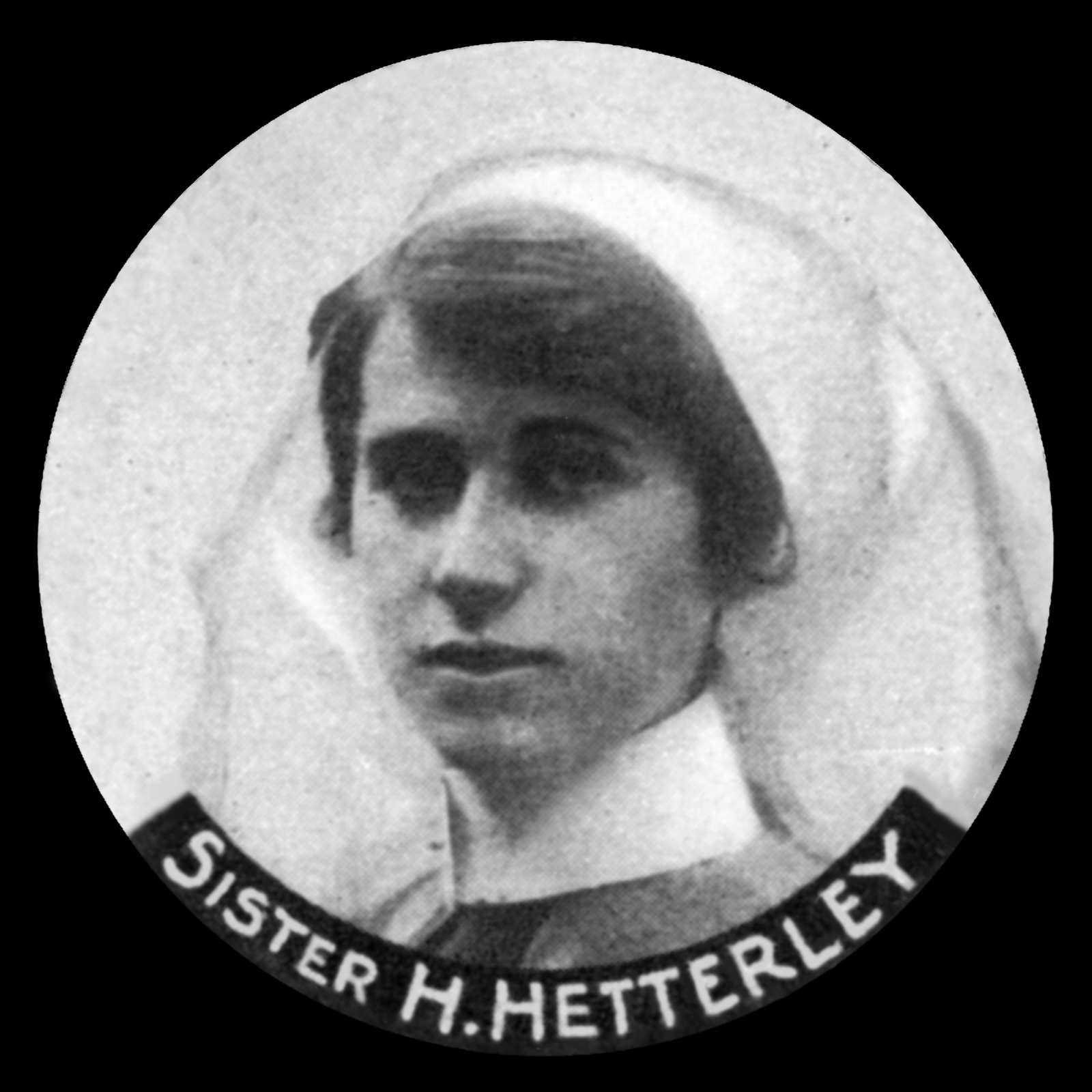 Sister Helen Hetterley was one of three women from Rutland to die serving in the Forces during World War One. Her cousins Joseph Hetterley and Willam Pickering were killed on the battlefield and one of her brothers fought and survived. Helen was born in 1891, the daughter of George and Elizabeth Hetterley of 31 Penn Street, Oakham. She was one of twelve children, of whom five girls and four boys survived childhood. She was the third eldest and by 1911, aged 19, she was working as a nurserymaid for Sir Henry Burton Buckley and his wife in Kensington. Two years before the war she became a hospital nurse, and when the war began was stationed at the Military Hospital, Canterbury. While there treating injured soldiers she contracted tuberculosis and was sent by Rutland County Council to the Devon and Didsworthy Sanatorium. But the disease was already by this stage very advanced and after three months, it was found to be incurable. She returned home, where she died on 30 May 1917, and was buried in Oakham Cemetery, grave 30.45. Helen shares a plot with her three siblings who died in childhood. She has a CWGC headstone but also is remembered on the family headstone immediately behind although weathering has made her name indistinct. The grave is on the left hand side of the cemetery, four rows back from where the path separates into left and right in front of the chapel. She is also remembered on Oakham's war memorial. Her younger brother Charles, who was the eldest of the four boys in the Hetterley family also served but survived. Two of her cousin Joseph's brothers also fought and survived.