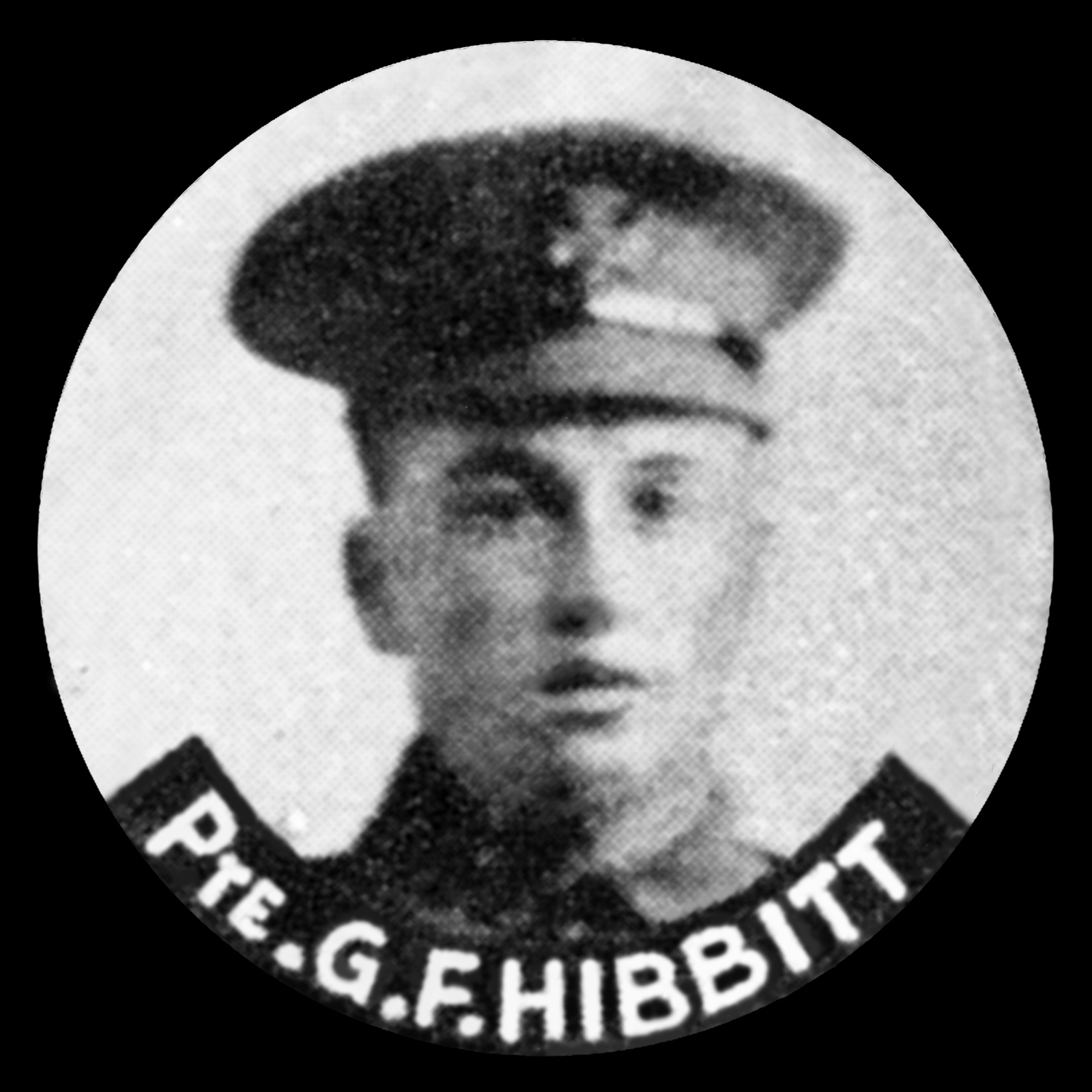 George Freeman Hibbitt was born at Market Overton on 18 April 1894, the son of Henry and Lucy Hibbitt, and was living in Empingham at the time the First World War began. He was a farmer and enlisted with the 11th Battalion King's Royal Rifles Corps in November 1915, going out to the Western Front in April the following year. George was wounded on 16 September 1916 in the Battle of the Somme, but returned to France and the front line on 20 December. He was killed by a shell on 9 February 1917, at Les Boeufs and was buried in the trenches. His grave was later lost so he is now remembered on Pier 13A of the Thiepval Memorial and also on Empingham's war memorial in the village cemetery.