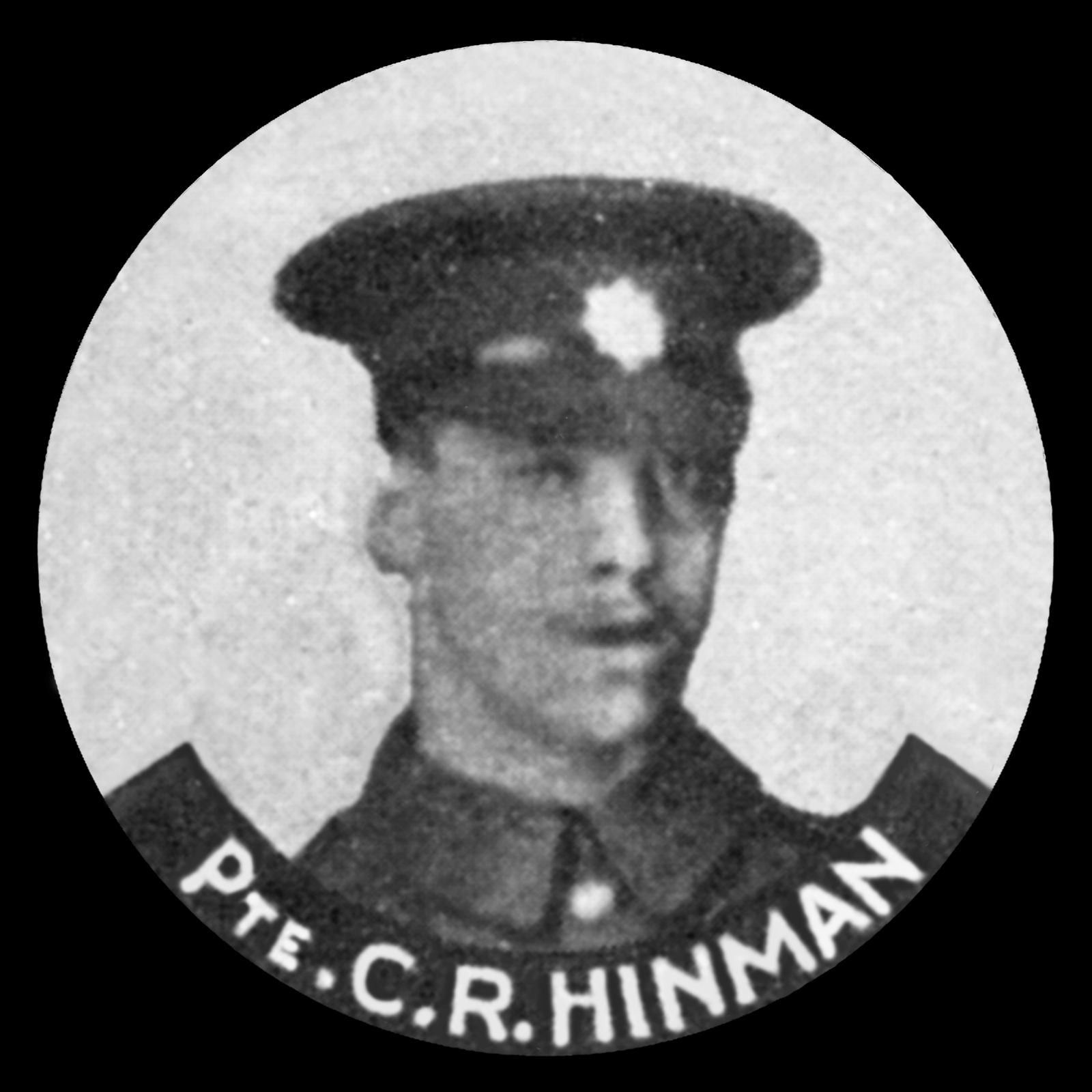 Private Charles Hinman and his elder brother Thomas were both killed in the First World War. Charles, the son of John and Mary Hinman of Braunston, enlisted in the 3rd Battalion Coldstream Guards on 2 November 1914. He went out to France in June 1915 and took part in the Battle of Loos. In September he was slightly wounded but carried on in the line. On 8 October the Germans launched a major counterattack to regain part of their trench known as Big Willie, part of the defences of the Hohenzollern Redoubt, which the British had captured. After a four hour artillery barrage, German bombing parties broke into the section held by the Guards. They were repulsed at heavy cost, but with a hundred or so Coldstreamers dead, many blown to pieces by the bombs [equivalent to modern day grenades]. The British alone threw 9000 of their new Mills bombs in bitter hand-to-hand fighting. The trench was cleared of the Germans and all lost ground recovered. But Charles died from a shot through the head, according to George Phillips in Rutland and the Great War, and was buried along with his comrades. An officer wrote: "Never was there a straighter soldier or one more trustworthy and attentive to his duties than he. He was respected by all." Charles' grave did not survive and he is now remembered on panel 8 of the Loos Memorial and also in Braunston. His brother Thomas joined up a few months later and was killed in 1918.