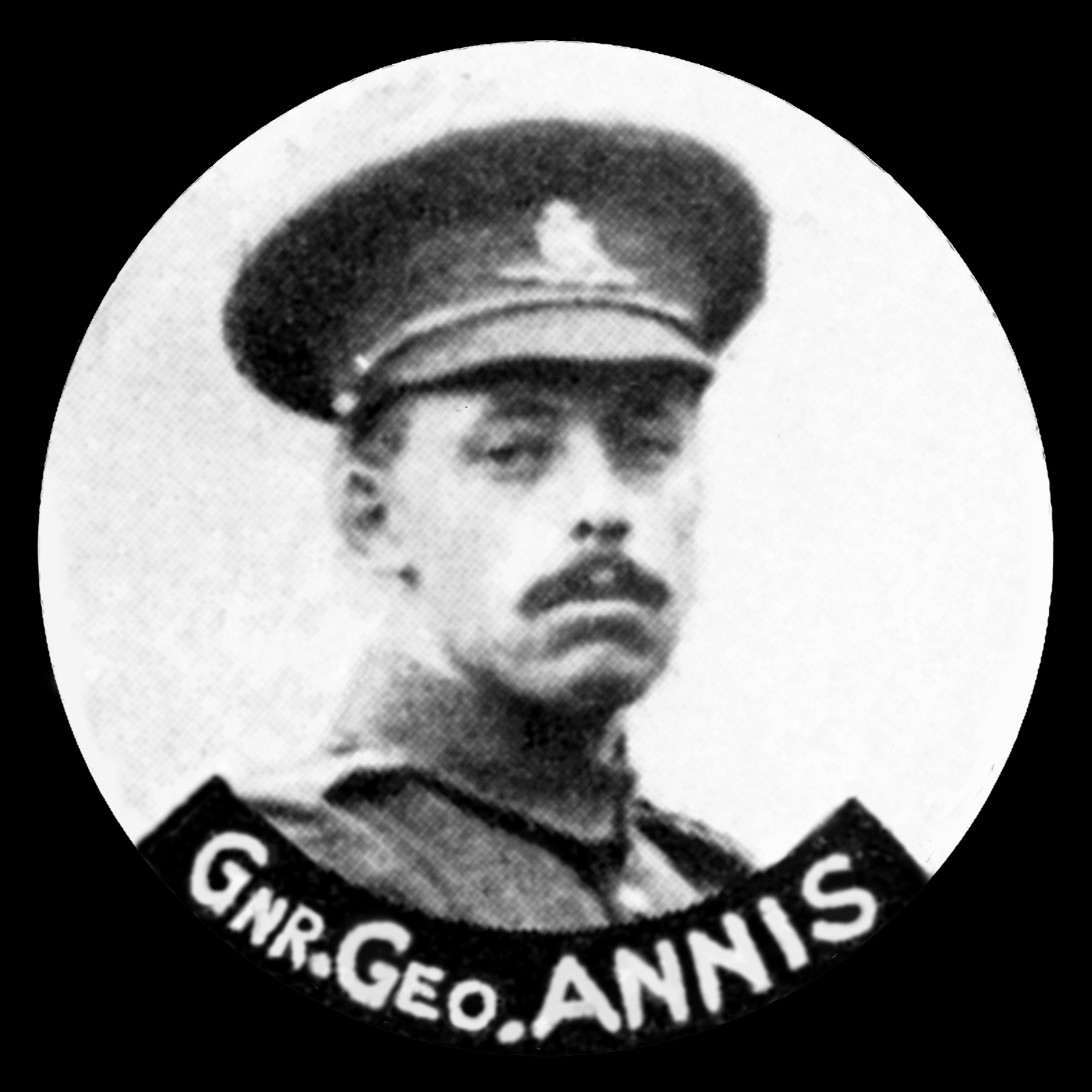 After nearly 100 years Gunner George Annis has finally been recognised by the Commonwealth War Graves Commission as a casualty of the First World War. He is buried in Highgate Cemetery in North London and his name has been added to the United Kingdom Book of Remembrance at the Commission's headquarters in Berkshire thanks to Peter Spooner who researched his story. Although he is remembered on the war memorial at Edith Weston, George did not have a CWGC record - until now. It seems he was simply overlooked but in 2015, the CWGC recognised his service at last. George, who served with the Royal Field Artillery, and his brother Percy both died in the war. They were the sons of William and Mary Ann Annis who were living in London at the time of their births. William, originally from Teigh, later moved back to Rutland as a widower. Mary, originally from Oakham, had died at the age of 31 when her sons were very young. George and Percy had both been born in Edmonton, north London. George worked as a warehouseman with a company called Tabourier and Co. of Castle Street, London, before enlisting in the Royal Field Artillery's 1/8th London (Howitzer) Brigade on 4 September 1914. He went out to France in March 1915, and was briefly attached to the 73rd Brigade to learn how to use their 4.5 inch guns. On 22 January 1916 he became ill with jaundice and was eventually admitted to the General Hospital in Le Treport. On 23 February 1916 he was brought back to England aboard the hospital ship Stad Antwerpen and initially treated at the Queen Alexandra Military Hospital in Millbank, London. But his condition was too serious and he died at 12.30am on 24 April 1916 in University College Hospital. George is buried in square 110 in Highgate East Cemetery along with his mother and another brother who died in childhood. George and Percy are both remembered on the war memorial in St Mary's Church in Edith Weston.

To find George's grave: enter Highgate East Cemetery (there is a small fee) and follow the route towards Karl Marx's monument. About twenty yards before you reach it, there is a path on the right. Follow that path for approximately eighty paces and George's headstone is on the right, in the second row back.