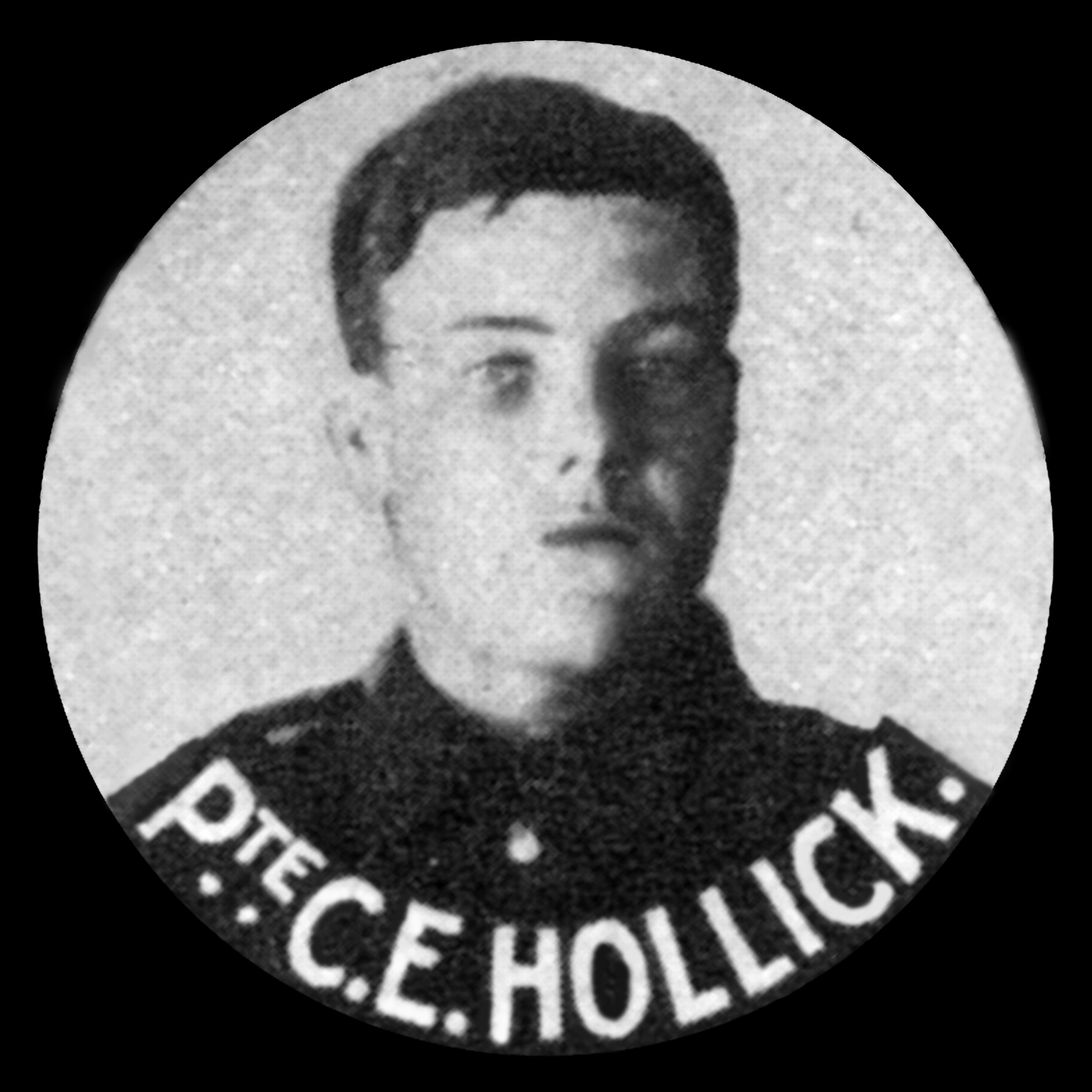 Charles Edward Hollick, his brother John and their father all served together in the Lincolnshire Regiment during the First World War. Charles enlisted with his brother in September 1914 and they were both wounded on the same day and taken to the same hospital ward. But Charles died the next day while his brother survived. During the war, their father was also badly wounded, in the head. The family were living at Tinwell Cottages and Charles had been born in 1898 in Huntingdon. He was a labourer before joining up on 6 September 1914 and went to France at the beginning of February 1915. On 5 December 1917 he and his brother were badly wounded and Charles died and the following day. In a letter to his mother, the matron of the 48th Casualty Clearing Station wrote: "It is with the greatest regret I have to be the bearer of such bad news to you. It is this, that two of your sons were brought in here yesterday to this hospital badly wounded, and one poor lad, Private C. E. Hollick, has succumbed to his wounds this day. He was badly wounded in head, face, and leg, and was mercifully unconscious from the time he was brought in till his death. His poor brother, Private J W Hollick, did not know the other was in the same ward as himself till sister asked him if Pte. C. E. Hollick was any relative of his. This terrible news will be a fearful blow to you. Your late son will be laid to rest in the Military Cemetery near here (Rocquigny)." Charles is indeed buried at Rocquigny-Equancourt Road British Cemetery, Manancourt, grave V.D.30, and is remembered on the war memorial in Tinwell..